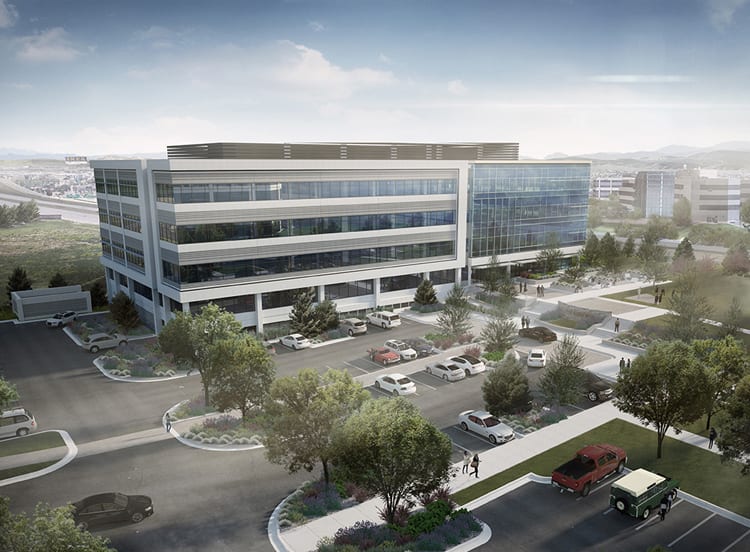 Companies looking to differentiate themselves on the southeast corridor of Interstate 25 will have a new option with a speculative 120,000 square foot office building expected to be delivered at the end of next year.

Artis REIT, advised by Marwest Enterprises, and Development Manager Trammell Crow Co. have started construction on a four-story Class A building at 169 Inverness Drive in Englewood.

Located in Inverness Business Park, the site adjoins the AT&T building at 161 Inverness, which Artis REIT has owned since 2010.

Through ownership of this property, Artis recognized the appeal that the sub-market of the southeastern suburbs – particularly the area south of Arapahoe Road – holds for corporate users, said Ann Sperling of Trammell Crow Co. Many regional and national headquarters have chosen the area to attract a talented workforce, she said.

â€œThere are only dozens of tenants who have chosen this part of the south-eastern suburbs market. I think that’s what really motivated the development of this building.

â€œThe ability to have a significant part of a building or an entire building, to have visibility and signage on the highway, to have a combination of structured and surface parking is very appealing,â€ Sperling said. .

The building will check a lot of boxes for tenants, agreed CBRE’s John Marold, who, along with CBRE’s Joe Serieno, leases and markets the building.

Being south of Arapahoe Road, near the 470 bypass, allows employers to tap into a workforce stretching from the Parker area in the west to Highlands Ranch, as well as surrounding areas.

The site is located next to the Dry Creek Road interchange, the most underused interchange in the Southeastern suburbs, so it has quick access on and off I-25. he declares. There is a pedestrian bridge over the highway that connects to the Dry Creek light rail station.

A “cool” outdoor space with Wi-Fi will provide space for working and meeting outdoors, Marold said. The building will have 10-foot ceilings, an on-site fitness center with showers and changing rooms, and secure bicycle storage.

Tenants at 169 Inverness Drive will have immediate access to Vallagio’s shops, the Inverness hotel and conference center, as well as multiple trails and recreational opportunities.

Other office builds in the area are either big box products or multi-story products with structured parking where a 60,000-square-foot tenant would struggle to get the building’s signage, Marold said. “Yet at 60,000 square feet in our building, you are 50 percent of the building.”

Saunders Construction is the general contractor for 169 Inverness. Fentress Architects is the architect of the project.