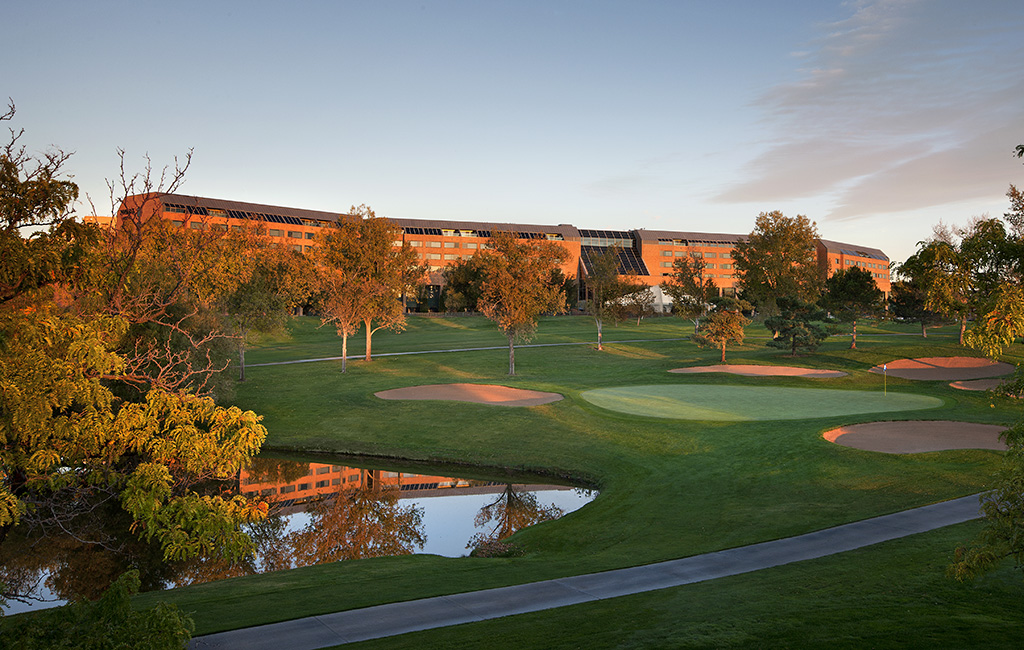 The Inverness hotel and conference center will be converted to the Hilton brand in March. (Courtesy of the Inverness Hotel)

The owners of an Englewood hotel are betting that $ 15 million in renovations and a shiny new name won’t leave any room empty for years to come.

The Inverness Hotel and Conference Center will change its name to the Hilton Denver Inverness hotel in March, in the hopes that the Hilton name will strengthen its presence for guests coming to Denver.

â€œThe introduction of Hilton makes it much easier for out-of-town guests to access,â€ said Charlie Peck, president and chief operating officer of Silverwest Hotels, which purchased the hotel in November 2015. â€œC This is where we believe we have the potential to expand both the importance of the hotel and its reach in the market.

Denver-based Silverwest Hotels signed a franchise agreement with Hilton in 2015. Silverwest will continue to own and operate the hotel, using Two Roads Hospitality to provide daily service.

By retaining Two Roads, which operates hotels in eight countries, the hotel will retain its key staff in the transition to the Hilton brand, Peck said. Silverwest paid Hilton a license fee, came up with a long-term business plan, and also planned hotel upgrades in part to meet Hilton standards.

The hotel lobby has been recently renovated. (Courtesy of the Inverness Hotel)

Peck said the Inverness Hilton is the first of its brand on the Front Range to combine all of these amenities. Silverwest has two other Colorado hotels, in Silverthorne and in Basalt.

Since Hilton hotels are endorsed by many business travel programs, Peck said more out-of-town businessmen would view the Hilton Denver Inverness as an option for conferences and accommodation.

Along with the name change, the Inverness hotel is redesigning its look. Silverwest is redoing its four floors of guest rooms and two conference rooms in a series of renovations slated to end in April.

Exterior-themed designs and decorations are central to the upgrades, as Peck said it’s important that guests feel like they’re actually staying in Colorado. Headboards are cut in the shape of a mountain range, the color scheme is in earth tones, and rooms have dark wood furnishings.

Peck said another priority for the old hotel were technology upgrades, including faster WiFi service and improved smart TVs.

â€œEverything the guest sees and meets will be new and remade,â€ said Peck.

The Inverness Hotel, built in the early 1980s, was owned by Lowe Enterprises for 20 years before Silverwest bought it in 2015 for $ 58.3 million, according to county records. Peck said the hotel continues to be profitable.

â€œThe hotel has been successful in the past due to the consistency of service and guest relations with the local community,â€ he said. â€œWe are able to present the same client with a new hotel that is very familiar to them because people have not changed.