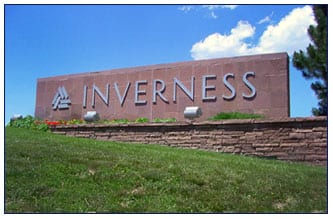 “There will never be a better day.”

The friends of the late John O’Meara just had to repeat this quote: “There will never be a better day”, and everyone knew exactly what they were talking about.

These seven words captured the spirit and dynamism of O’Meara. O’Meara, also known as ‘Mr. Inverness’, a pioneer of Inverness Business Park, passed away last June.

O’Meara was recalled by friends at a recent NAIOP Colorado reunion in a 7:08 minute video tribute. The awards attracted 450 leaders in the commercial real estate industry.

Veteran commercial real estate broker Brad Neiman recalled how he once beat the Elephant Rock cycle race with O’Meara. They came to a turning point when they were able to either tackle the entire 100 mile course or cut it in half to 50 miles. Neiman eyed the darkening sky warily and decided it was not time to do the whole route.

O’Meara turned to another friend, Bob Moody, and said: “There will never be a better day.”

The sky was raging with hail and rain, and friends frequently had to take shelter from the storm.

The phrase “There will never be a better day” has become a favorite quote from O’Meara’s friends. It also served as a shortcut for O’Meara’s positive attitude.

Neiman first met O’Meara in 1973 when O’Meara was an industrial broker in what was then known as Coldwell Banker Commercial Real Estate. They became quick friends and sometimes business partners.

For Peter Coakley, O’Meara was not only his friend but also his mentor, which gave him his start in real estate.

In 1981, O’Meara hired Coakley at the nascent Inverness business park.

â€œJohn put Inverness on the map,â€ Coakley told me last summer, shortly after O’Meara passed away. â€œThe success of the Inverness Business Park is a testament to John more than anyone,â€ said Coakley, who at Opus Development Co., is now in charge of a massive 42-acre development along the South Corridor. east of Interstate 25 on land once owned by the late cable television pioneer Glenn Jones.

According to Moody, former director of legislative affairs for NAIOP Colorado, Inverness has become internationally known as an illustration of how to develop a mixed-use and planned business park with offices and industrial buildings.

â€œHe was Mr. Inverness,â€ according to Moody.

But Inverness was not an overnight success.

â€œThe brokers called us ‘Outverness’ because we were so far away,â€ O’Meara told the Rocky Mountain News in 2001. â€œNow we are in the heart of the Southeast Corridor.â€

O’Meara not only made Inverness what it is today, but he did it with integrity.

The success of Inverness Business Park is in large part due to the efforts of the late John O’Meara.

When longtime developer John Shaw, now a real estate consultant, returned to Denver after a short stint in California, the first person he called was O’Meara.

When Shaw worked with George Wallace, the founder of the Denver Tech Center, he often fought over deals with O’Meara and often lost.

Over the next decade, they developed nine buildings together in Inverness, “all on a handshake”.

Neiman summed up O’Meara this way: “He was one of the good guys.”

And, for the hundreds of lives he’s touched, truly “There will never be a better day.”