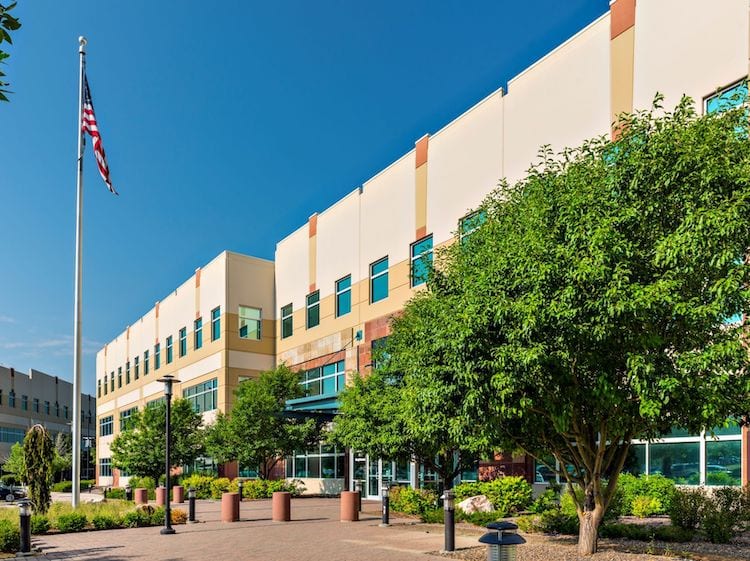 A mixed fund managed by Kennedy Wilson acquired 661,000 square feet of offices, industrial space and data centers in the Denver market from two owners for $ 116 million.

Acquisitions by Kennedy Wilson Fund VI included the Arapahoe Business Park in Centennial, 345 Inverness Drive South in Englewood, and the Raytheon campus in Aurora. They consist of 12 apartment buildings constructed between 1997 and 2001 and house top tenants including Santander, Comcast, Honda, Honeywell and Caterpillar.

The wallet is 90% occupied.

“This acquisition represented an excellent opportunity to acquire a high quality business portfolio with a strong base of quality tenants at a price below replacement cost,” said Nick Colonna, president of business investments and fund management. Kennedy Wilson. â€œThe portfolio, as well as our recent acquisition of a commercial campus in the Seattle area, are both well suited to benefit from our Fund VI strategy which leverages our asset management expertise to improve existing cash flow while being defensive with our repositioning initiatives. “

There is no short-term lease expiration at the three properties, according to Colonna.

â€œFollowing the acquisition of the commercial portfolio, we are focused on operating the three properties at the highest level and improving the tenant experience by leveraging our expertise in asset management,â€ said Colonna. â€œWe are also working on leasing the important Arapahoe Business Park vacancy, which has already attracted interest from traditional office users as well as tenants needing flexible / industrial spaces.

Arapahoe Business Park is a 309,445 square foot property on East Arapahoe Road in Centennial. Kennedy Wilson Fund VI purchased this property, along with the 175,287 square foot 345 Inverness Drive South, from Griffin Partners. Tritower Financial Group sold the Raytheon campus, which consists of two buildings, and received a number of offers.

“This had a lease term of seven years, so it was a shorter lease term,” commented Jugl, who represented Tritower. â€œWhat we’re seeing is that a lot of defense contractors have longer leases right now. There seems to be more certainty that Buckley Air Force Base is an extremely important air base from a US security perspective, â€he said.

Colonna said the acquisition of the portfolio “is a prime example of how Kennedy Wilson benefits from strong local relationships”.

â€œWe were able to close three properties simultaneously to obtain lower financing depending on the scale of the transaction, thus creating value when we acquired the portfolio,â€ he said.

The acquisition, along with the purchase of the 269,000 square foot Canyon Park East commercial campus in Bothell, Wash., Follows the close of fundraising for Fund VI, which exceeded its goal of raising $ 775 million. capital commitments, according to Kennedy Wilson. . The fund targets value-added real estate opportunities in high growth markets in the western United States and focuses on underperforming real estate that is expected to benefit from significant repositioning or renovation through the investment program. Kennedy Wilson asset management.

Kennedy Wilson owns an 11% stake in Fund VI, which owns a current portfolio of 12 multi-family, office, retail and other commercial assets with an aggregate purchase price of $ 1.1 billion . Fund VI has deployed $ 386 million of equity to date in markets such as San Jose and Los Angeles, California; Salt Lake City; and the Seattle area.

Kennedy Wilson Fund VI has two other properties in the Denver area: the Stone Cliff Apartments in Aurora and 303 E. 17e Ave., a Class A office building in Uptown Denver.