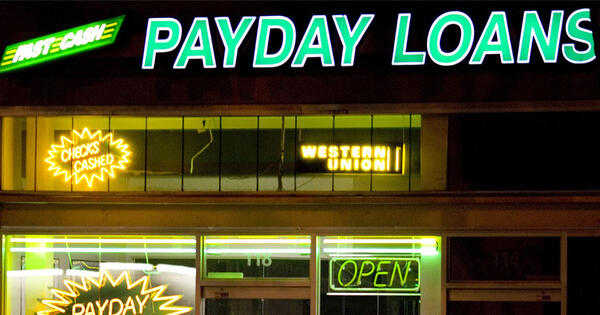 What role do payday lenders play in the financial lives of low-income Americans?

Payday lenders extend credit by holding customers’ personal checks for a few weeks and providing cash in the absence of other traditional sources of credit (eg, credit cards). Research seems to show that consumers who have particular difficulty accessing traditional sources of credit are more likely to apply for payday loans. This may be due to reasons other than bad repayment history – they may just lack credit history or formal loans. (See Morgan, Strain and Seblani, 2012 and Bhutta, Skiba and Tobacman, 2015.)

Will changes to payday loan regulations lead to debt, as some consumer advocates claim, or affect the availability of credit for low-income borrowers, as industry groups claim?

The answer is probably “it depends”. Research on this topic finds conflicting evidence for the impact of payday loans. There are various reasons for this, but it is probably due to the heterogeneity in the use of payday loans. For some borrowers, payday loans are used as bridging loans to mitigate shocks, and these borrowers find them extremely useful. In a speech to the California Department of Business Oversight in November 2018, economist Adair Morse argued that since borrowers are grateful for the option of payday loans, debating their inherently bad character is irrelevant; the system may benefit from “product improvements” which will better determine who qualifies for such loans and how repayment terms may vary depending on very specific circumstances.

However, other payday borrowers seem to borrow repeatedly in a way that is likely financially damaging. In a 2011 article, “The Real Costs of Accessing Credit: Evidence from the Payday Loan Market”, Brian T. Melzer wrote: “I find no evidence that payday loans alleviate economic hardship. On the contrary, access to the loan makes it more difficult to pay mortgage, rent and utility bills. These contrasting points make it difficult to assess a clear negative or positive effect of payday loans. This is made particularly difficult because many payday borrowers are low-income and potentially vulnerable to predatory lending, but are also excluded from traditional credit markets and thus benefit from access to payday loans.

To what extent are consumers currently protected by the CFPB?

It is difficult to measure and difficult to assess. The evidence I’ve seen seems to suggest that if banks complain about cumbersome CFPB regulations, it doesn’t translate into big negative effects on consumer lending.