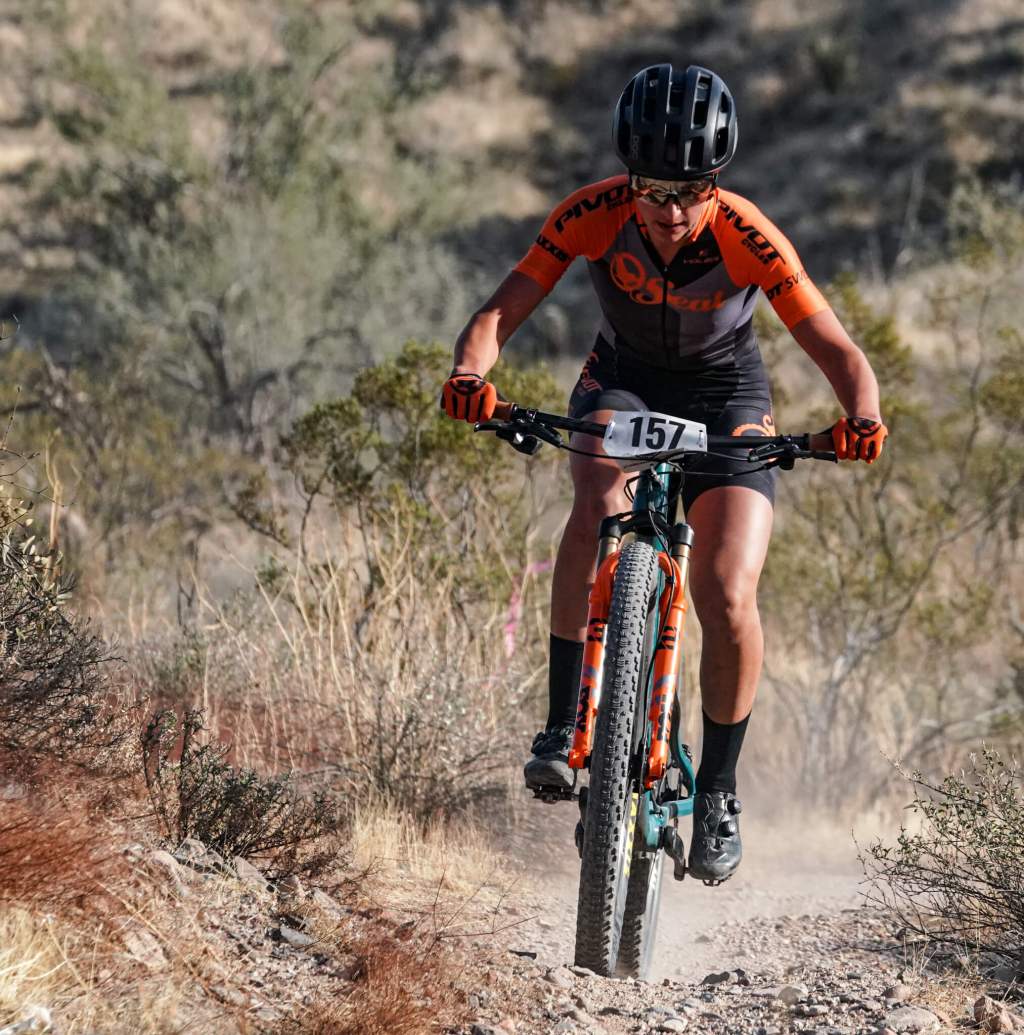 When the COVID-19 pandemic swept the world last March, Savilia Blunk’s busy 2020 schedule suddenly opened. The world-class, Inverness-raised mountain biker, who has her sights set on the 2024 Olympics, had big plans with a racing schedule that would take her across the globe. Instead, each race was called off and Blunk was forced to stay in the United States.

But Blunk, now 21, took the year of racing as an opportunity to work on her craft. Even with no calendar race, she put her head down and got down to work, devoting almost all of her year to training. She worked on her technical driving and mental approach to racing, eventually coming out of her one-year absence from major races into a more complete and much improved rider.

â€œI think I got the most out of it, which I’m grateful to say, but it definitely had its challenges,â€ Blunk said recently.

After his year of training, Blunk made his triumphant return to elite level racing last month in Arizona. It didn’t take long for him to get back on the podium. Just weeks into her season debut, she wowed the competition en route to a big win at the Pan American Continental Championships in Puerto Rico.

â€œIt was awesome,â€ Blunk said. â€œI think for me and for Cole (Paton), my teammate and second half of the team, it was really a special moment because it was a lot of hard work to come up with something that we put over the course. of the last year. I think it was really special because of it. It’s exciting.

“There were a lot of strong countries there and it’s really exciting to win at the start of a big season so I’m excited for more races and what’s to come.”

Since Blunk runs, she wins. Growing up in West Marin running against her older brothers, who introduced her to mountain biking, sharpened her competitive edge and pushed her to improve at a young age. In high school, she distinguished herself for the San Domenico School of the National Interscholastic Cycling Association (NICA) where racing against and assisting other top runners only fueled her passion.

Watching runners like Marin native Lea Davison and Kate Courtney only reinforced his decision to continue with the sport.

â€œIt really inspired me,â€ she said. â€œI just love the thrill of it. I just thought this was something you can do on a higher level and why not give it a go? ”

Blunk turned pro a few years ago and only continued to impress races against higher caliber racers. So far, she has won five national titles and has finished in the top 15 several times in the World Cup.

“She’s exceptionally good,” said Jason Jablonski, her current coach. â€œI mean she won the Pan Ams by over two minutes. It is substantial.

Jablonski first discovered Blunk when she was still a junior rider, level below U23, but the two started working together full time about three years ago.

From the start, Jablonski knew that Blunk was a special talent. She told him when they first met that her long-term goal was to make the US Olympic team in 2024. He knew from the start, when she was only 19 years old, that goal was to be reached. at hand.

“She’s probably one of the top five prospects for sure,” said Jablonski, who had a successful career himself before becoming a coach. â€œI think we are bringing three women to the Olympics this year and in 2024 we hope to have the same three places for women and she will definitely be in contention. ”

What makes Blunk special, he said, is his dedication – not just to the sport but to the improvement process. Jablonksi said the hardest thing for him as a coach was to hold on to a junior because “they want him right now.”

“She has learned that it is a process and that it will take time for her to reach that next level,” he said. “So instead of trying to kill herself to be # 1 right away and then burn herself out, she knows it’s a process and she has to tackle it as such.”

As proof of her commitment to the process, Jabloksi highlighted the work she did over the past year and how she remained motivated and hungry despite having no races to prepare.

â€œShe did two to three hours of training work in her garage when it was snowing like crazy, because she had to,â€ he said. â€œI remember it was sometimes four hours because that was the right thing to do. Even though she hadn’t run in months and knew there was no race ahead for months, she still got the job done.

While 2020 didn’t turn out the way she had hoped, Blunk was still able to accomplish quite a bit. Besides her constant training in Durango, Colorado – where she is also a full-time student at Fort Lewis College – she and Cole, her team partner and boyfriend, have started their own program. Previously they ran under the auspices of a factory team, they have now partnered with title sponsor Orange Seal, among others, to give themselves more freedom and flexibility in developing their racing programs and their collaboration with brands.

As part of their new program, they plan to run development camps for children to help them develop the sport they love.

â€œI think that’s how we see ourselves giving back to the sport,â€ said Blunk. “Our long term goal is to inspire more people to get into the sport and enjoy it as a sport for life, not just as something you might do in high school.”

It was during these formative years that Blunk got the idea of â€‹â€‹competing in the Olympics in his head. It still has some way to go until 2024, but it is on track to meet that goal.

For now, however, Blunk is focused on optimizing 2021. She ultimately didn’t compete in Arkansas last weekend, but is now back on her bike eagerly for the next race. His goal for this year is to keep scoring UCI points, which helps him to rank in the world and take the start for large-scale events.

â€œThis is something that I’m going to focus on and target for the next three years,â€ she said, â€œand then the Olympics.â€