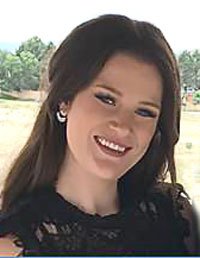 A panel discussion sponsored by the South Denver Subway Chamber of Commerce and chaired by longtime restaurant industry leader Larry Herz brought together Mollie Steinemann, local government affairs manager for Colorado, on May 14. Restaurant Association. She represents the industry to the Colorado Department of Public Health and Environment and liquor licensing authorities.

Steinemann reported that on March 16, 2020, all restaurants in Colorado were ordered to close for indoor dining due to the COVID-19 pandemic. This resulted in the loss of over $ 3 billion in 2020 alone. At the height of indoor restaurant closures, the industry lost 94,000 jobs.

Steinemann explained, “Profit margins are around three to five percent for most restaurants, so with the restaurants inside closing it was impossible to pivot without huge losses.” She continued, â€œWhen the counties went red in November and December, many employees lost their jobs for the second time. It will take substantial support and time for this industry to get back on its feet. Economists predict it will take five to seven years. Many will never get over it.

As the pandemic continued, restaurants looked for ways to stay solvent. Adaptations included take out and delivery alcohol, permission to sell food and provisions like toilet paper and toothpaste, expanded outdoor terraces, and alfresco dining in the winter. â€œThe enlarged outdoor patios were huge for restaurants, especially with the support and encouragement of state and local governments. Winter alfresco dining has been hit and miss, â€Steinemann said.

She also shared that last year’s experience provided both â€œsilver liners and lessonsâ€. These include:

Restaurants, said Steinmann, â€œremain the pillars of their communities. People want to get together for happy hours, weddings, parties, dating. They are community centers.

Another impact of the pandemic is that it has caused operators to take a close look at how they pay their employees. On the legislative side of the equation, Steinemann highlighted two pending bills and several other areas that she sees as imperative for the industry to recover.

HB21-1027, currently pending at the general meeting, would extend the date on which on-site sellers of alcoholic beverages can offer these drinks for take-out and delivery five years after its current expiration of July 1, 2021. It â€œalso creates a common outdoor dining program (which) allows multiple licensees (such as taverns, hotels, restaurants and breweries) to tie into the area and serve alcoholic beverages to diners in the area, (as long as) the license holder’s premises are within 1000 feet of the zone.

SB21-035, also pending, would protect restaurants by “prohibiting a third-party food delivery service (GrubHub, DoorDash, UberEats) from taking and arranging delivery or pickup of an order at a retail establishment in the United States. retailing of food products without the consent of the establishment “.

The other issue that Steinemann says is crucial to the survival of restaurants is that the state replenishes the state’s unemployment trust fund with federal stimulus dollars. She said, â€œIt has to happenâ€¦ The fund is completely insolvent. Without the government moving to fill the fund, rates will rise. We are already hearing some restaurants report that their prices have increased by $ 4,000 per month. “

The industry would also like to see Colorado create a state version of the Restaurant Revitalization Fund that was part of the American Rescue Plan Act passed in March because the federal program did not have enough money to fix the problem. in this state.

Steinemann described several possible programs the state could create and fund to support the restaurant industry:

Steinemann wanted to make sure people remember that â€œColorado will remain a leader in culinary innovationâ€.

The last topic raised was the impact of the millions of dollars in money of the CARES Act on the restaurant industry. Arapahoe County Commissioner Carrie Warren-Gully asked Steinemann if this money was serving the purpose for which it was intended. Steinemann said that often the criteria were too restrictive for some companies to take advantage of, but noted that “this is the nature of government programs.”

Herz added that â€œNot everyone did the right thing with this money (from the CARES Act). It will be interesting to see if these programs will ever be audited by anyone.