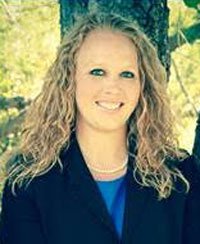 On May 14, the South Metro Denver Chamber Economic Development Group, chaired by Spencer Way, Director of Operations at Littleton Adventist Hospital, hosted a panel discussion on the impact of the pandemic and the future of retail in the south of the Denver metro.

Whitney Miller, director of operations for the Park Meadows Resort Business Improvement District (BID) said the number of residents of Denver South (according to denver-south.com, a large economic development organization) increased by 18% between 2011 and 2019 to reach 283,320 people. . Of this total population, 31% are between 35 and 54 years old.

Very soon after the initial shutdown in March 2020 due to the pandemic, the IDB began working in partnership with the Town of Lone Tree, Tri County Health Department, Douglas County and the Department of Colorado Public Health and Environment to develop necessary improvements and procedures. get a spread so that its retailers can operate to a certain extent. In doing so, Park Meadows was able to open three weeks earlier than any other large closed mall in the state. By early July 2020, around 80% of its tenants had reopened with masking requirements, social distancing, and improved sanitation and ventilation. Until January 2021, Park Meadows was the only shopping center in the state that could operate a food court. Since they began reopening in 2020, Park Meadows has added more than 75 designated parking spaces in 16 locations around the mall for curbside pickup. This function will be retained, even with the complete reopening of retail businesses and restaurants.

Sharing that he is often asked if “we’re afraid of Amazon,” Miller said, “people will sometimes turn to online shopping, but brick-and-mortar retail makes up 80-85% of our business. taxes. We ask, “Will you buy a wedding dress on Amazon?” “” And “Would you buy a Tesla on Amazon?”

The BID is funded by a portion of the sales tax generated by the mall to promote, maintain and improve the property on an ongoing basis

Scott Hall, principal development partner for retail and residential builder Alberta Development, LLC, said Alberta, headquartered at the Denver Tech Center, has completed more than 220 development projects, including Southlands in Aurora, Cornerstone to Parker & Jordan Roads, Promenade to Castle Rock, and the streets of Southglenn to Centennial. He named the companies they have worked with over the years, including Whole Foods, Chick-fil-A, Torchy’s Tacos, Dick’s Sporting Goods and Athletica.

Hall said: â€œThe pandemic has created challenges. The winners were grocers like Whole Foods, Kroger and Trader Joes, Target, Home Depot, Lowe’s, Family Dollar and Dollar Tree. Losers include Macy’s which is closing 45 stores, Victoria’s Secret which is closing 100 stores, Bed Bath and Beyond which will close 240 stores, theaters, gyms and entertainment venues. Retailers who have created an online presence have done well.

He said drive-thru restaurants became very profitable in 2020 when sit-down restaurants were closed. Going forward, Hall said there were 3,597 new store openings in the first quarter of 2021 and that sales were up 11% from 2020. Hall believes that â€œmalls have reasons to ‘be optimistic. Most sales in the first quarter of 2021 were made in personâ€¦ Many online retailers are considering opening physical stores.

He believes that â€œwe will continue to experience downward pressure on rents, especially with big box stores. Walmart and Target now have smaller concept stores. Some manufacturers are now opening their own branded stores, such as Nike and Patagonia. “

The good news, Hall said, is that â€œColorado’s population is growing, and so is new housing. New people will need new stores and restaurants to serve them. They may be smaller stores, but there will always be expansion. With golf in January and skiing in July and 300 days of sunshine, who doesn’t love it? Once we get back to full capacity for sporting events and concerts, people will be willing to spend some of the money they’ve saved. We are optimistic that 2021 will be a great year. He added, â€œThe United States has twice as many retail businesses as any other country. There will likely be some contraction in retail and it will be converted to multi-family residential. This is currently on offer on the streets of Southglenn at Centennial in the space that once housed Sears.

Miller of Park Meadows joined him in agreeing with Hall, predicting, â€œI expect the trend of the future to be more mixed-use retail, including residential. This is what we are seeing.