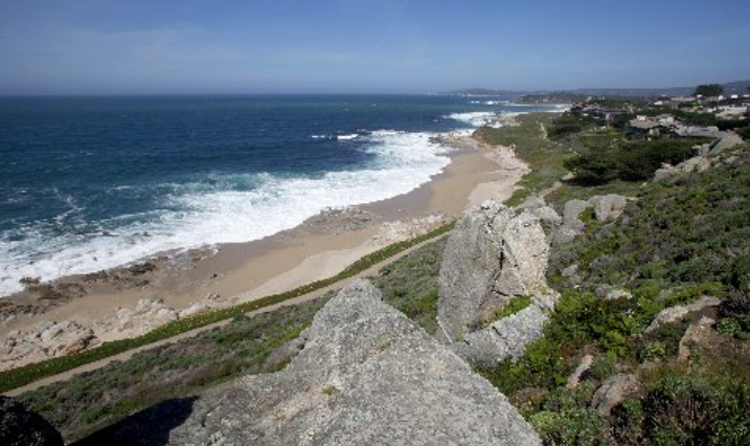 A man who enlisted his teenage son in an apparent plot to fake his own death on a treacherous Carmel beach has been sentenced to 15 years in prison.

The conviction in a Scottish court on Friday ended a long-standing case that spanned two continents. Kim Avis, 57, was sentenced to 12 years in prison for sex crimes and three years for failing to appear in court, BBC News reported.

In February 2019, Avis – who lived in Inverness, Scotland, and worked as a street vendor and busker – traveled to California with her 17-year-old son. At the time, he was on bail awaiting trial for sexual assault.

On the evening of February 25, the boy made an emergency call to report that his father had never returned from a swim at the beach at Carmel Monastery – known for its treacherous surf and sneaker waves and a nicknamed “death beach” because of the number of drownings.

Three days of research by divers, helicopter teams and drone operators yielded nothing. Meanwhile, the sheriff’s detectives were starting to doubt the boy’s story. On the one hand, he said his father had gone swimming in shorts, in water barely 50 degrees. The teenager also changed his story about how the couple traveled from Los Angeles to Carmel and where they stayed.

The detectives’ suspicions were heightened when they learned of the charges against Avis in his home country: five rapes; four assaults; two sexual assaults on a young child; indecent behavior towards a girl aged 12 to 16; attempted rape; forcing a person to be present during sexual activity; communicate indecently; obscene and libidinous behavior; two charges of threatening and abusive behavior; two charges of breach of public order; and malicious damage.

The teenager was repatriated to Scotland on February 28.

Avis was scheduled to appear in court on March 11, and Monterey County Sheriff’s Captain John Thornburg told a Carmel newspaper in late February: “I hope he shows up and we can sort this out.” If he doesn’t, then the madness will continue. â€¦ He becomes a wanted person at that point, not a missing person.

Avis did not appear in court. The search in the months that followed involved the Sheriff’s Office, the US Marshals Service, Scottish authorities and Interpol.

A reported sighting of Avis driving a white Ford pickup truck in Big Sur provided a lead, and on July 26, he was apprehended in Colorado Springs, Colorado.

Extradited to Scotland, he was held without bail until his trial last month in Glasgow. He was convicted of 14 counts involving two girls and two women between 2006 and 2017.