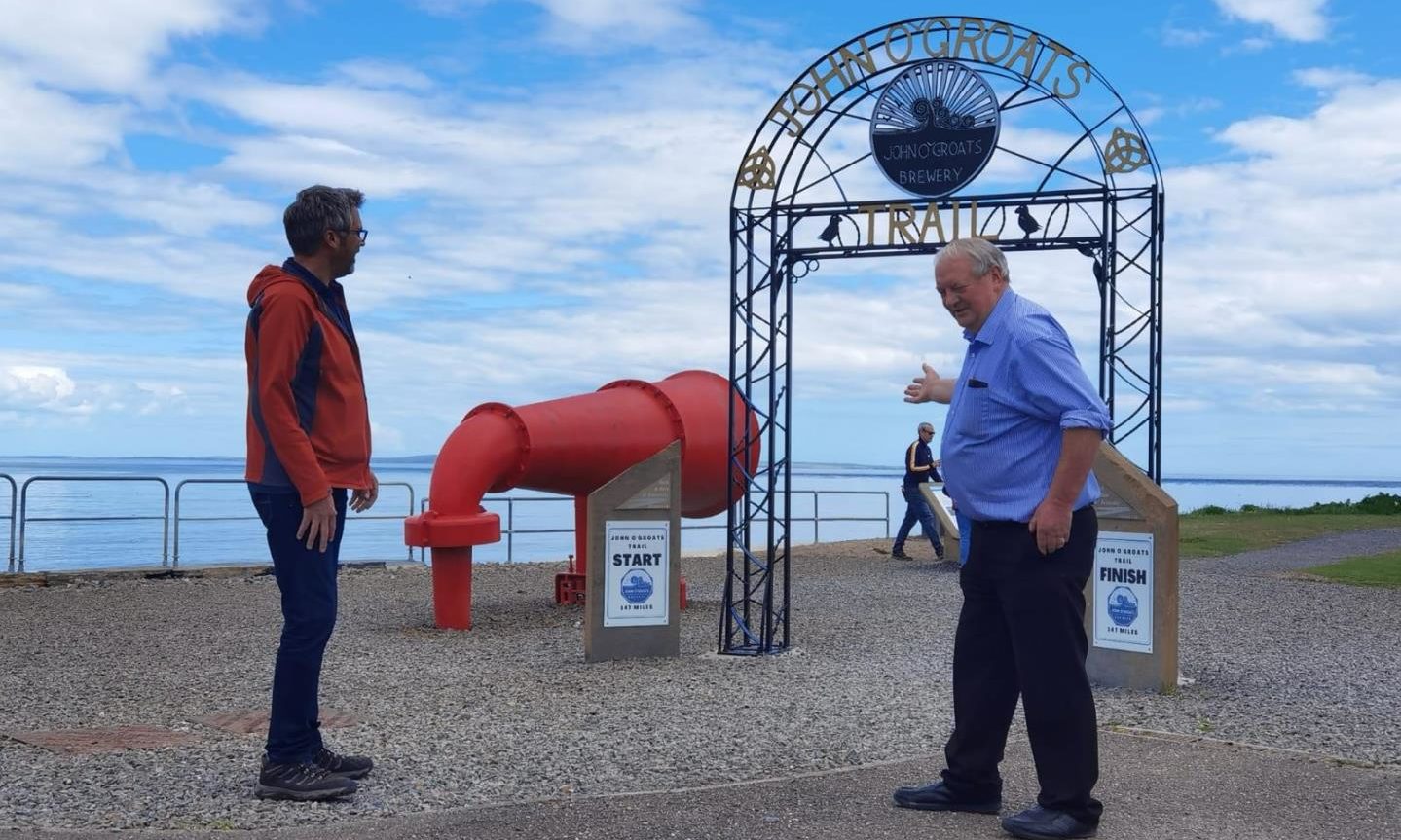 A ceremonial arch was inaugurated to welcome walkers in the far north of Scotland.

John O’Groats already has one of the most photographed signposts in the world, marking the distance between it and Land’s End.

Now it also has a decorated arch overlooking the harbor, which marks the start of a new long-distance coastal hiking trail to Inverness.

The 7-foot steel arch was erected over two existing stone beacons, behind the old Museum of the Last House, which now houses a brewery.

Celtic knots and puffins are engraved on it with wedding rings if a couple wishes to marry underneath.

John O’Groats Development Trust worked with the operators of the new brewery to create the arch, which was made by local company Wickcraft.

Treasurer Andrew Mowat, who runs a hotel in the village, said he hopes the arcade will help publicize the new walking route.

Jay Wilson, President of Friends of the John O’Groats Trail, said, â€œWe have been working on this trail for five years and it is very gratifying to finally have a suitable symbol here to mark the start of the trail.

The ark is the last improvement made to the harbor front by the trust.

He also built a children’s play area, re-established a coastal path, and restored the foghorn at Duncansby Head Lighthouse, moving it next to the arch.