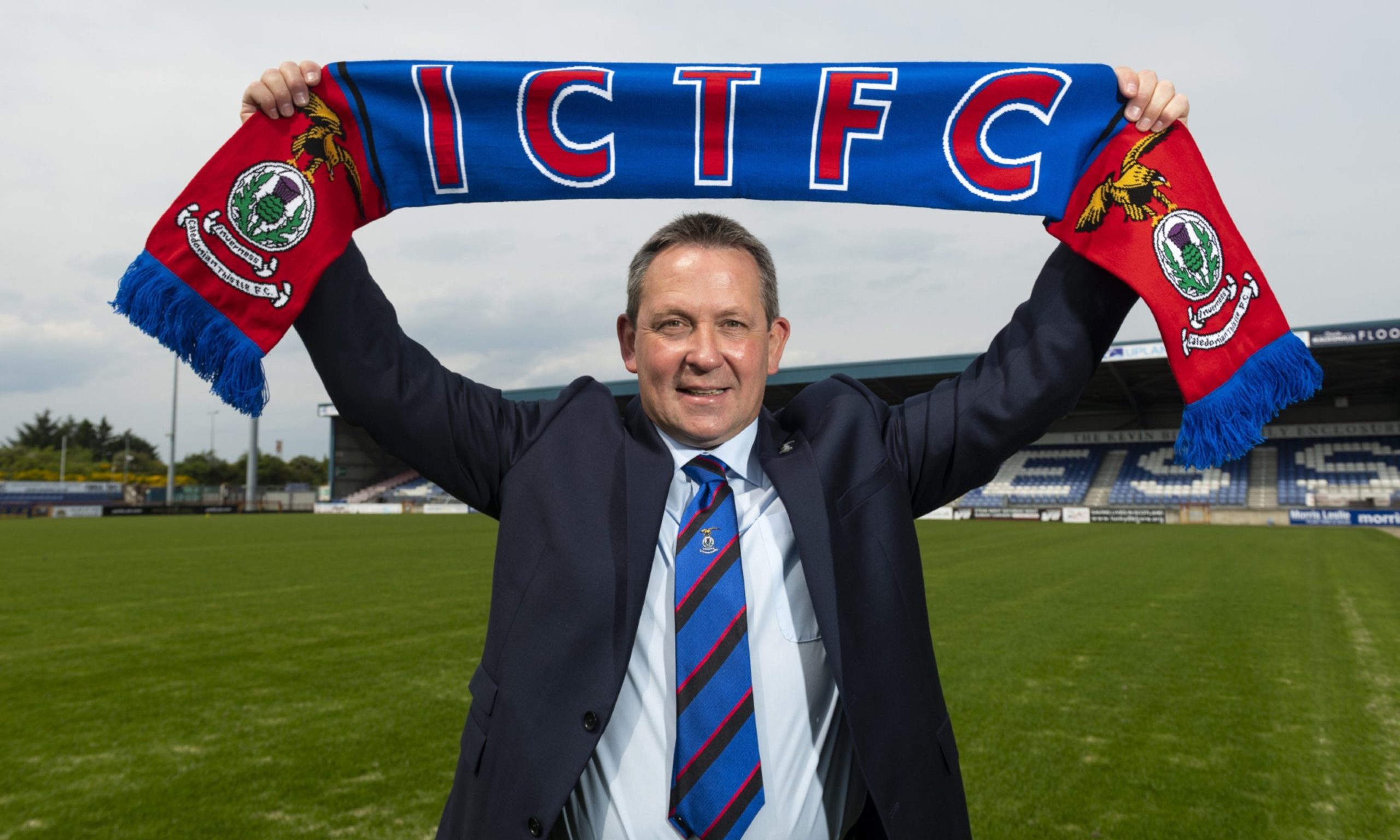 Caley Thistle manager Billy Dodds is happy with how his squad is going ahead of their first preseason friendly against Clach tomorrow night.

Dodds was confirmed as Caley Jags’ new boss earlier this month after spending a stint as interim deputy boss under Neil McCann the last term while John Robertson was on compassionate leave.

Robertson has since taken on a new role of athletic director at the club with Dodds appointed head coach on a two-year contract.

Dodds has already beefed up the squad ahead of the next Championship campaign with former Ross County winger Michael Gardyne and former Raith Rovers forward Manny Duku among the newcomers.

Billy Mckay and Tom Walsh returned to Inverness from Ross County and Ayr United respectively, while midfielder Reece McAlear was on loan from Norwich City.

Dodds says the club website: “Some of the new guys are quiet boys.

“Tom Walsh and Reece McAlear are quite calm but there are also characters.

“Manny Duku is a lively boy and Michael Gardyne and Billy Mckay don’t need to be introduced.

“In terms of how they fit in, it went really well.

“The boys are all good guys and very welcoming.

“Those who entered are a bit rowdy and they adopted them.

“There is a very good team spirit here.

“It was the same when I came here last season as a No.2 and it’s still there.”

Dodds is encouraged by his team’s fitness level ahead of tonight’s friendly against Clach at Grant Street Park (7:30 p.m. kick-off).

He said: “I think the modern day professional always does things (to stay in shape) after some rest.

“Most of the boys did that.

“You catch a stump or a blister or two, but the modern pro is pretty much coming back in shape.

“They got the job done and they look great.

“We’ve given them a lot of running and a lot of the ball over the past seven days.

“I am really looking forward to it.

“It’s always nice when the guys do the hard work and put in the yards and then get a little ball, but nothing beats competitive games.

“I’m sure the boys are looking forward to it even more than I am because they are getting into the competition and playing games.

“They don’t like to run indefinitely so everyone at the club is really ready for the game.”

Dodds says the work of the club’s new physical performance manager, Ross Hughes, was vital early in their preseason training.

Caley Thistle boss, who previously worked with Hughes when he was Jim McIntyre’s assistant in Ross County, said: “I think the boys like him but maybe not so much when they run his run.

“It will give them good information on how to take care of themselves and what is good for them in terms of nutrition.

“It will be precious to them and I think they have really embraced it already.

“There are times when they hate him for racing, but most of the time they love him.”