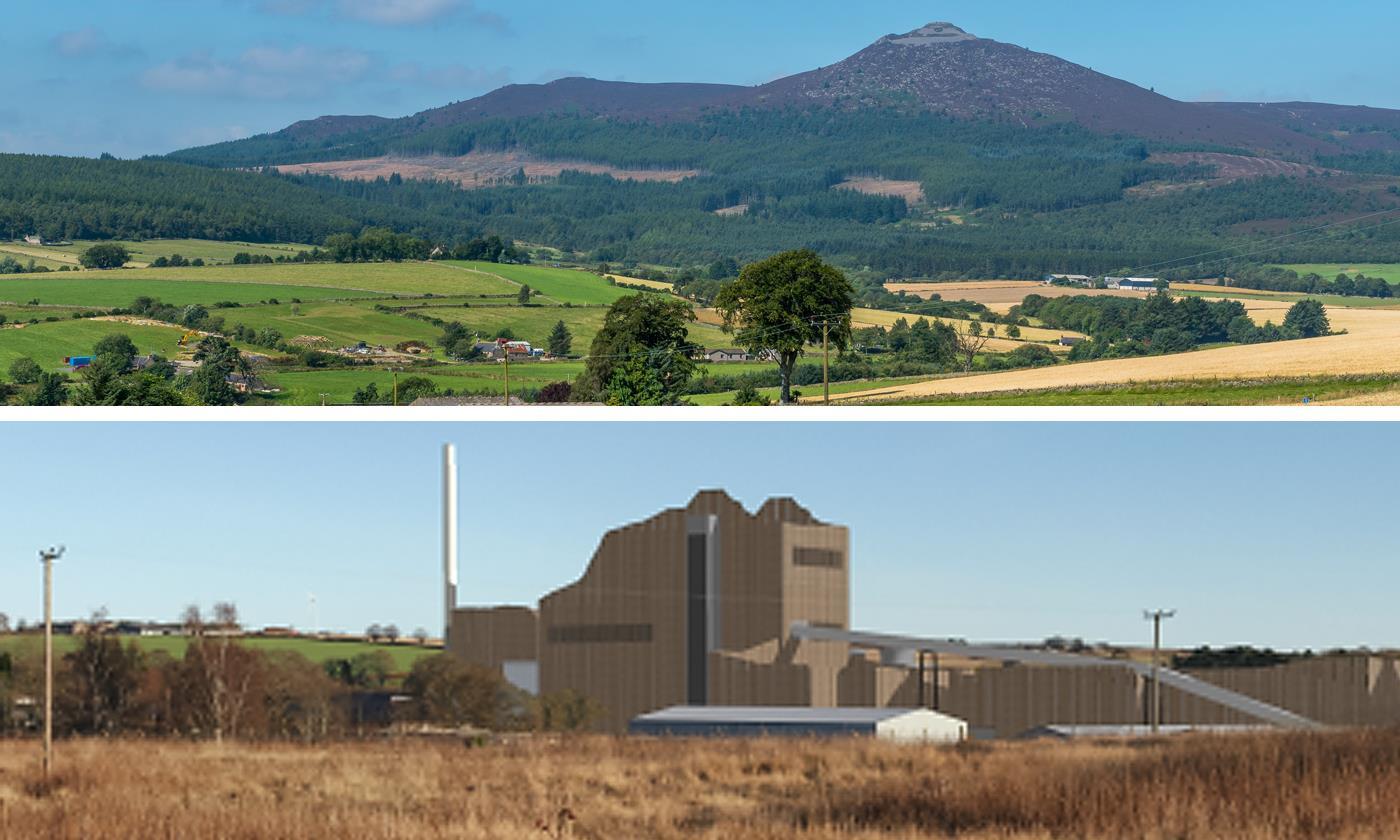 A huge ‘Bennachie-shaped’ energy plant will be built outside Inverurie, ensuring Aberdeenshire’s place at the forefront of the green energy revolution.

The developers say the “world-class” facility, which was approved by the board today, will mean the region is “recognized as a visionary leader” in the industry.

The plant will be built on the site of the former Inverurie paper mill at Kirkwood Commercial Park, just off the A96 Aberdeen-Inverness road.

It will create 300 jobs during the construction phase and 40 permanent positions when it processes 240,000 tonnes of waste each year.

Agile Energy says it will contribute Â£ 1million to the local authority in commercial tariffs each year, while the build and commission phase will increase the region by around Â£ 20million.

Company boss Alf Robertson told advisers much more investment could follow in the future, as the plant is the first phase of a project to develop the Thainstone power park.

But the decision to approve the proposal came despite some local objections.

How will the plant work?

The waste will be transported to the site east of the River Don by companies in Aberdeen, Aberdeenshire and Moray.

The electricity produced during incineration will be exported to the national grid, which will help reduce dependence on fossil fuels.

The massive plant will feature 27 different components, with a maximum height of 230 feet for the plume.

The tallest building, housing the incinerator and machinery, will reach 164 feet.

Agile Energy designed this structure to resemble the outline of a very famous neighbor.

Documents filed with the council state: “One approach taken by the architect when designing the building’s design was that its profile mimic Bennachie’s distinctive profile.”

“Platform of the future”

Mr Robertson, a former director of several energy companies, described himself as a “lifelong Aberdeenshire resident and responsible and ethical developer” when addressing advisers.

He said: â€œThis facility will be world class which will allow Aberdeenshire to be recognized as a visionary leader.

â€œThis will replace the landfill with a more efficient carbon neutral facility than others like this in the UK.

“It will be a platform for the future and more investments will come over time.”

The leader of Agile Energy said the site will complete the Ness energy from a waste treatment plant under construction in Aberdeen by treating commercial waste that it will not have the capacity to handle.

There are also plans to set up a community reception center there to help children learn about the site’s history and how the technology works.

Ronald Parr, a man from Port Elphinstone, worked as a scientist in the energy industry for 30 years and urged advisers to push back on the project.

He said: â€œThis will emit substantial greenhouse gases rather than capturing and storing them.

â€œThe plant will lose 70% of its thermal energy, which is very inefficient.

“And the applicant expects my community to be crowded with hundreds of heavy goods vehicles for this plant.”

Mid Formartine city councilor Paul Johnstone echoed the concerns, as he begged his colleagues to vote against the plans.

But he sided with Mr Johnstone, saying he felt many of the suggested benefits were “potential things that might not happen”.

Mr. Robertson argued that ultimately development would aim to have carbon sequestration capabilities, and insisted that ways of using thermal energy are already being considered.

He also explained that the trucks visiting the site would not have a negative impact on pollution levels, as they currently have to travel to Peterhead to take the waste to the landfill.

Mid Formartine adviser Jim Gifford said his fellow members should take a leap of faith and adopt the plans.

Mr Gifford said: â€œThe site looked pretty tired the last time I was there, and it’s a great opportunity.

â€œWe spend half of our life in the North East talking about energetic transition and new emerging technologies.

In the end, councilors decided to approve the major request by 41 votes to 21, with two abstentions.

Speaking after the decision, Mr Robertson said: â€œThe approval of our planning request allows us to proceed with the first phase of our vision of developing Thainstone Energy Park, a world-class low-carbon energy development. .

â€œToday’s decision also provides a great opportunity to use proven cutting-edge technology, create new business and employment opportunities, and work with our partners to expand the reach and benefits that the facility will provide. to the community of Aberdeenshire.

â€œWe are confident that this energy recovery facility will play an important role in tackling the Scottish Government’s forthcoming ban on the landfill of biodegradable waste.

The Inverurie Paper Mill was an important part of the city for over 150 years before it closed in 2009.