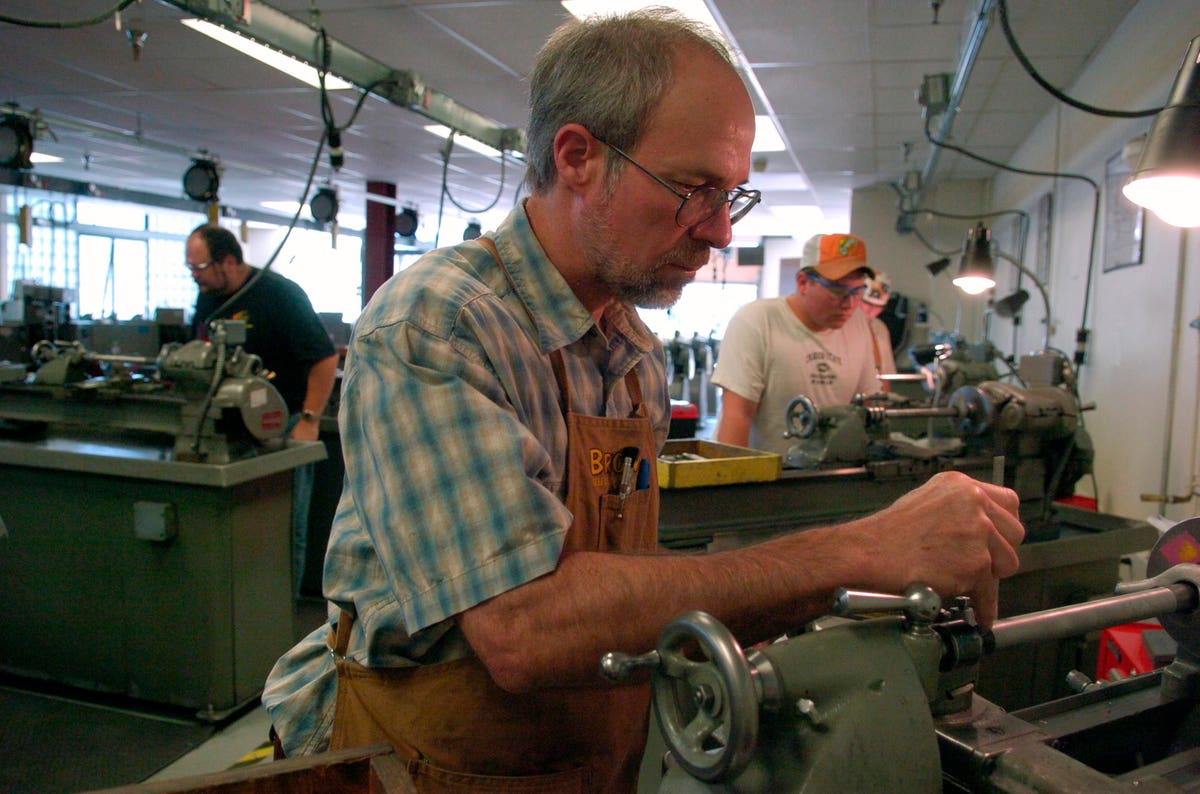 Firearms are selling with an unprecedented zeal since the start of the coronavirus pandemic, and gunsmiths are in demand.

â€œI’ve been looking for one for three years,â€ said Hillary Dube, co-owner of HNR Gunworks in Inverness, Fla., When asked what she would do if a gunsmith applied for a job. “I grabbed them by the ankles and pulled them in.”

Americans are buying more guns than ever, fearing for their self-protection and fearing the threat of more restrictive gun control measures from President Joseph Biden, a Democrat who plans to crack down on assault weapons.

America is now inundated with firearms, which are durable goods, built to last for years. Rifles, shotguns and pistols are often passed down from generation to generation as family heirlooms.

But firearms won’t last forever without maintenance. Much of this maintenance is beyond the skill of the average gun owner. Someone’s going to have to fix all these guns, and that someone is the gunsmith.

In a country where jobs have been disrupted by the deadly pandemic, soaring gun sales have given the job market a boost. Gun companies including Smith & Wesson and Sturm, Ruger have hired thousands of workers since the start of the pandemic for a variety of positions, including manufacturing jobs like assemblers and engineers.

This creates opportunities for gunsmiths, who have machining skills and tools that put them above the level of the average gun owner. The gunsmithing is an old tradition with a long history in the United States Nowadays, most gunsmiths work in gunsmiths, where they repair broken guns that customers bring in, or they run their own gunsmiths, often specializing in certain types of guns.

â€œTo me, the definition of a gunsmith is someone who can take a gun that doesn’t work and operate it,â€ said Ross Rivkin, gunsmith and co-owner of HNR Gunworks. “I do a lot of tuning to make sure the gun works a little faster, a little better.”

If its explanation is simple, the task is not so easy. Gunsmiths replace missing or broken parts of old guns, if they can find them. Many of these parts are no longer available, so gunsmiths must craft new ones. Gunsmiths like Rivkin spend much of their time making new parts for old guns, a process that takes expertise, tools, patience, time, and elbow grease.

â€œI have to make parts from scrap metal,â€ he said. â€œSometimes I have to do the same part three or four times for the gun to work properly. “

Gun owners love to DIY their AR-15s, which are famous for their modular and user-friendly design. It’s relatively easy to add hundreds of dollars worth of riflescopes, stocks, grips, straps, magazines, etc. But Rivlin said it wasn’t the gunsmith.

â€œAnyone can create an AR,â€ he said. â€œIt’s their claim to fame. But AR-15s are a bit like LEGO for adults.

Buck Stienke, gunsmith and owner of Lone Star Shooting Supply in Gainesville, Texas, and author of the Civil War book “No Time To Die,” said many gunsmiths make between $ 50,000 and $ 80,000 a year, although they may earn more. ‘they specialize in the production of high-end custom weapons. .

“Creating something from nothing is not easy,” said Stienke, an Air Force veteran who described classic gunsmiths as “people who can make something from rough pieces of wood and pieces of steel and turn it into something beautiful â€. He said a master gunsmith could spend 1,200 hours on a shotgun that’s “a work of art when it’s done.”

He said some of these custom guns have six-figure price tags. But even guns that cost several thousand dollars a piece can fetch six-figure salaries for master gunsmiths.

Lawrence DelGrego III, owner and operator of Larry DelGrego & Son, is a specialist in fourth generation Parker shotguns, which means he specializes in a high-end shotgun that was discontinued in 1950. There is has a finite amount of parts, and many of them are stored in DelGrego’s store in Ilion, New York, on route to a 19e– Century Remington factory.

DelGrego said the price of Parker shotguns ranged from $ 3,000 to $ 150,000. His studio worked on three Parkers that are on display at the National Rifle Association National Firearms Museum in Fairfax, Virginia. But even with such a pedigree, it can be difficult to make a living.

â€œIt is very difficult to make money in the gun industry,â€ he said. â€œThe only reason we’re still here and we’re still alive is that I have all the parts and I’m working on a very expensive weapon. Coins are like finding gold today.

He said he wouldn’t advise anyone to get into the armory today, but if they do, “pick a brand of weapon and stick with it.”

â€œI must be familiar with hundreds of different gun models and how they work,â€ he said. â€œI recommend people take training in the technical aspects of gunsmithing if they don’t have training in machining, like welding and milling. “

Rivkin learned the trade on the job after high school. He apprenticed at his local gun store, working 10 hours a day, seven days a week for two years. â€œThey gave me projects that no one else wanted to do, like Grandpa’s gun that’s been in the closet for years,â€ he said.

He said that while gunsmithing can be an attractive profession for gun enthusiasts, the stress of troubleshooting broken guns all day to customer specifications and then machining new parts that cannot be found. is not for everyone.

â€œAs much as I would like to be an optimist, as much as I wish there were more people who were genuinely and genuinely interested in getting into the business,â€ Rivkin said.