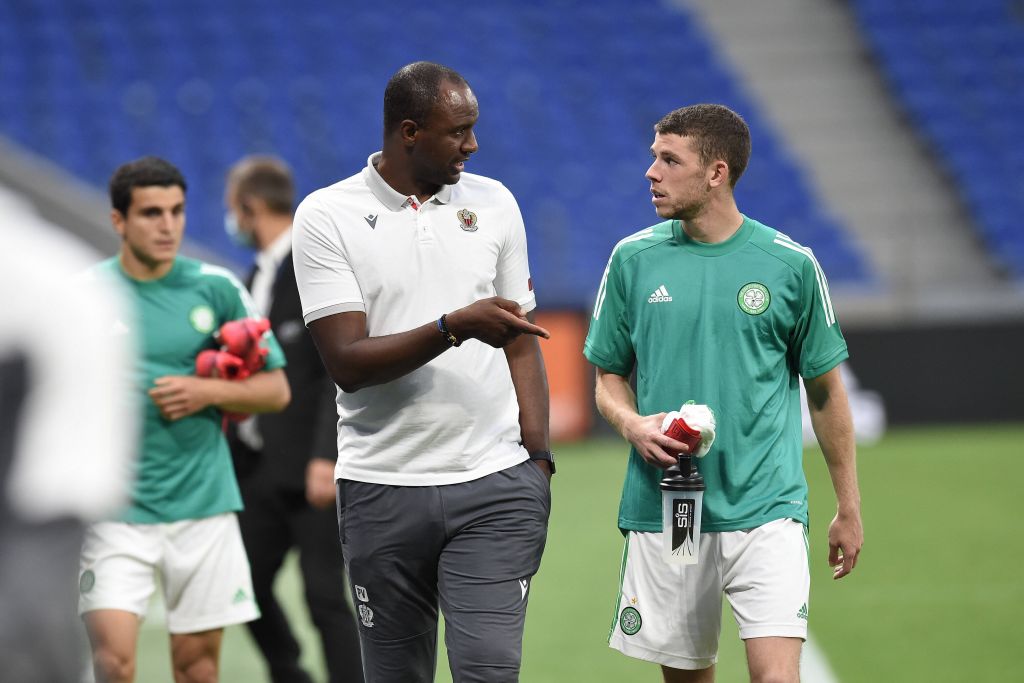 Arsenal legend Patrick Vieira has been appointed manager of Crystal Palace, the Premier League team, putting Celtic’s Ryan Christie on alert for a possible move to London.. The 26-year-old is in the final year of his contract at Celtic Park and he was widely tipped to leave the club after rejecting a deal to extend his stay at the club last year.

Vieira tried to sign Christie to his last club from OGC Nice on the French Riviera, but no deal was reached. However, today Mail Sport via The Record claims Palace will be looking to strike a discounted deal for the attacking midfielder.

We are delighted to confirm the appointment of Patrick Vieira as new manager until 2024 ✍️#CPFC | https://t.co/utMcYSDkhb

Christie was signed from Inverness CT in 2015 with loan spells at ICT as well as Aberdeen before entering the Celtic First Team. Hibs’ failure to capture John McGinn along with the departure of Stuart Armstrong opened up a midfield vacancy for Christie who he grabbed with both hands.

Vieira needs rookies this summer after a massive exodus this summer from Selhurst Park. Christie will likely be at the top of the target list and Celtic will want the deal done as soon as possible.

The semi-final victory over Hearts at Murrayfield announced that Christie was a Celtic player. He scored, assisted and won a penalty as the club sealed their place in the final. Christie has steadily grown stronger and signed a contract extension in November 2019. Christie has been criticized by sections of support over bold attempts at goal. The player clearly sees himself going to England and Celtic need to maximize Christie’s value this summer.

If Ange Postecoglou could get £ 8million for the player it would be a great deal for the new manager, especially with links to Aaron Mooy this week.