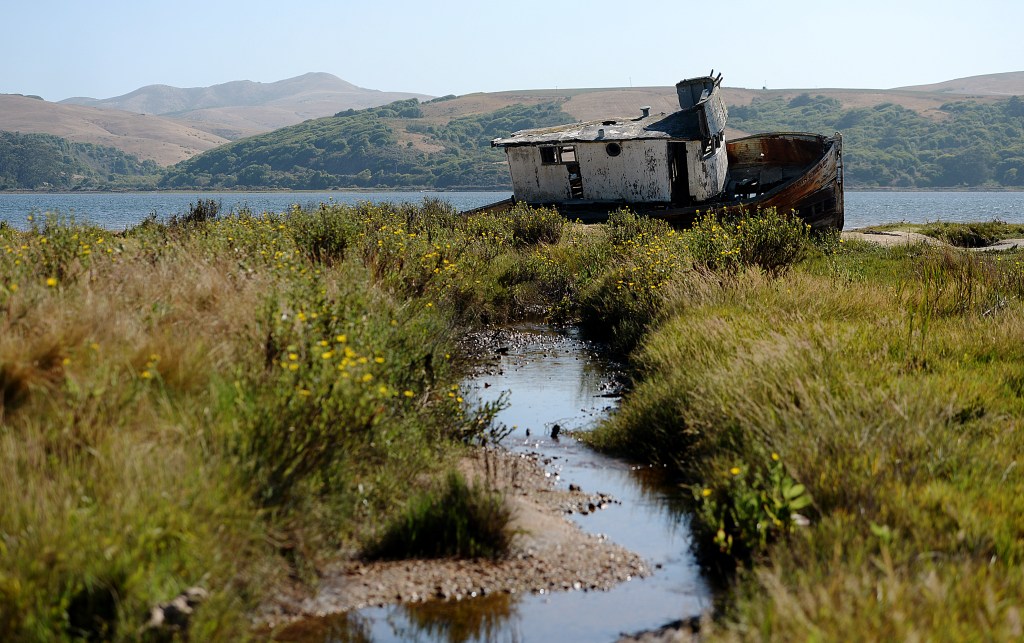 Thousands of West Marin residents could soon be subject to mandatory water rationing rules enforceable through service cuts and fines of up to $ 500.

The Stinson Beach County Water District will consider an order on Aug. 21 that would limit households to an allowance of 125 gallons per day if supplies drop sufficiently. The Public Service District of Inverness will consider adopting its own rationing rules on August 25, but have yet to define what the allocation might be.

The two communities are following the example of Bolinas, which has been under water rationing surveillance since February.

Inverness experienced its driest year on record in 2020-21, receiving just 15 inches of rain when it would normally average 38 inches. The district, which serves 1,100 people, relies almost entirely on water from seven streams on Inverness Ridge for its supply.

On Monday, the District of Inverness enacted its first-ever mandatory water restrictions that ban all outdoor use of drinking water, including sprinkler systems, drip irrigation, filling swimming pools and washing. cars. Residents can still use a garden hose or watering can for spot watering. Violations can result in a misdemeanor charge with fines ranging from $ 1,000 to $ 10,000 and up to 30 days in jail.

The streams that replenish the district’s 10 storage tanks have dried up faster than expected, Holland said. While stream flows would normally keep storage tanks at their full capacity of 440,000 gallons or so, tanks now only fill by 75% and drop weekly.

â€œIt doesn’t take long to get to the point where you’re just empty,â€ Holland said.

While residents have dramatically reduced their water use, the creek’s flows do not meet daily demands. As a result, the district must operate emergency wells just to keep up, Holland said.

The water demand for the entire system in July was 63,100 gallons per day, compared to 103,300 gallons. The district’s water supplies also had more demand due to the pandemic when weekend homes began to be occupied full time, Holland said.

It is not known how long the district has until it can run out of water, Holland said.

To avoid this outcome, the district is in early talks to secure additional water supplies. Although Holland declined to provide further details, he said the talks did not include trucking in the water.

â€œWe are looking to add additional water to the system itself,â€ Holland said.

The Stinson Beach County Watershed District and the 2,000 residents it serves depend entirely on the Easkoot Creek watershed off Mount Tamalpais for its supplies.

Being on the coastal side of the mountain has provided enough rainfall to maintain sufficient supplies for now, said Ed Schmidt, district general manager, but that could change in the coming months, especially in the event of another dry winter. The district received just 13 inches of rain in 2020-2021, almost 60% below its average of 32 inches.

â€œWe’re so lucky here, but we want to be prepared to do a 125 gallon a day tenure,â€ Schmidt said.

The district council is expected to vote on the rationing rules at 9:30 a.m. on August 21. The ordinance, which is almost identical to the one passed by the district in 2014 during the 2012-2017 drought, would require homes to use an average of 125 gallons per day. This equates to about a 20% reduction in average water consumption and is the same amount that residents of Bolinas are urged to use, Schmidt said.

Water use would be monitored monthly. Households that use more than their allowance will receive a warning letter, followed by fines of $ 100 to $ 500 and possibly water service cuts if the fines are not paid. Additionally, the district will charge $ 100 for every 748 gallons of water a household uses on its allotment.

Households of four or more may request an increase in allowances from 145 to 185 gallons per day depending on the number of residents. Companies are invited to voluntarily reduce their water consumption by 20%.

While the ordinance officially goes into effect on September 1, rationing will only begin if the district’s water storage drops to 70 percent or below capacity.

The district uses five wells to pump water and can store up to 1.25 million gallons at a time. On Monday, the district’s storage was at 85% and remained constant, Schmidt said.

â€œIn the past two months, not a single day has we gone down to 70% of our storage,â€ Schmidt said. “We believe that the water supply, if and when it goes down, it will slowly go down.”

Meanwhile, the district is looking for new sources of water, including new wells, and is exploring the potential of a small, portable desalination plant for the long term.

In Muir Beach, the local water supplier adopted a 25% conservation mandate on July 12 for the nearly 340 residents it serves.

“This is the first time that we have made it to our mandatory retention,” said Mary Halley, district director of Muir Beach Community Services. â€œLast year it wasn’t even triggered until mid-September. Sometimes it won’t be until October or November.

The small coastal community relies entirely on groundwater pumped along Redwood Creek. The district is able to store about 300,000 gallons at a time in two water tanks, which is enough to last about two to three weeks of demand.

When the district enacts mandatory conservation measures is determined by Redwood Creek. The mandate takes effect once the stream begins to dry up to the point that it is no longer a continuous flow but rather disconnects in basins.

The district regularly monitors its wells and is currently installing a system that will allow it to do this automatically rather than manually, said Halley. However, it is not yet clear how long the groundwater supplies will last and the district will adapt to changes if necessary, said Halley.

â€œWe’re all in really new territory here if we don’t have rain this winter,â€ said Halley.