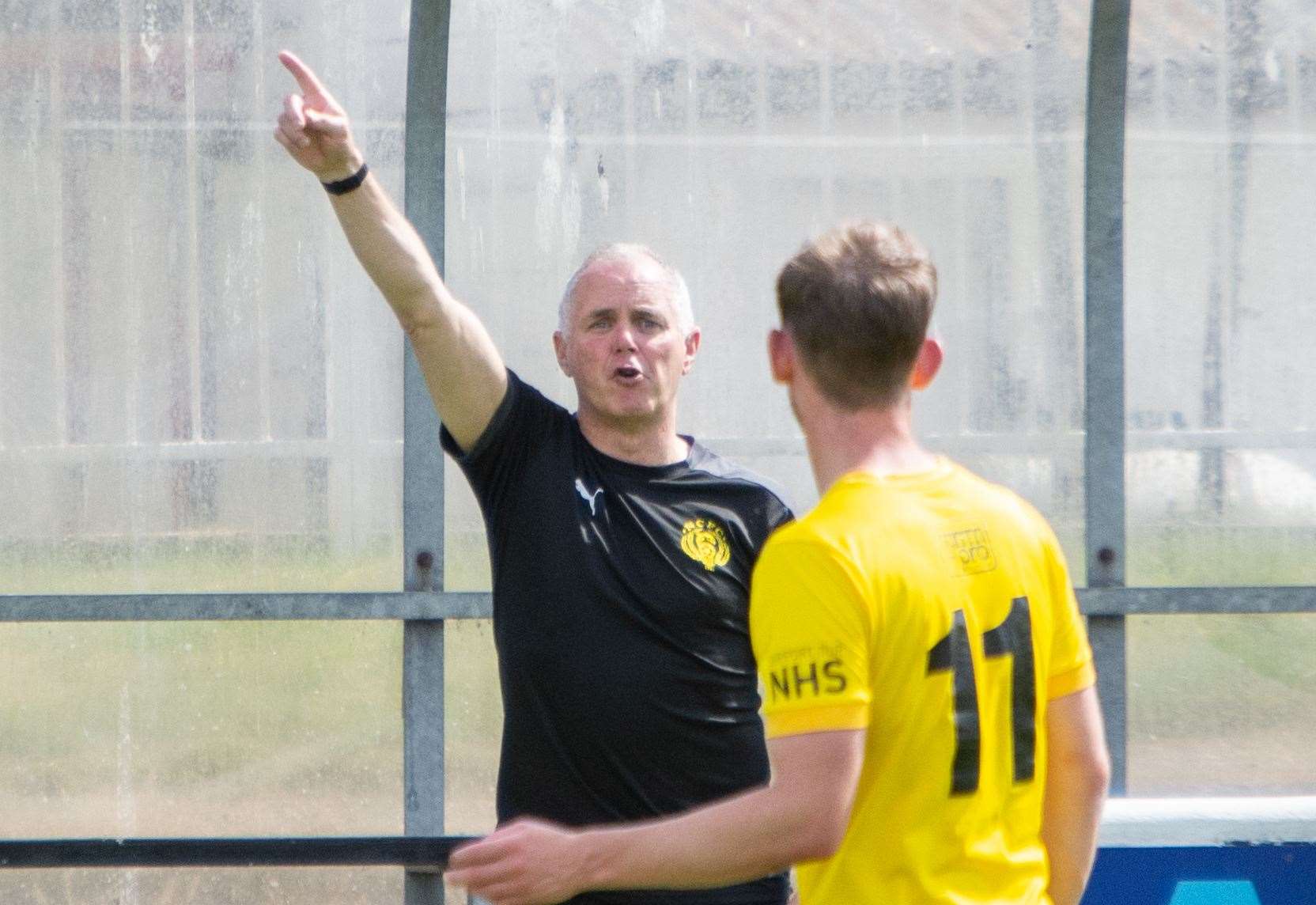 With Fraser Dingwall tearing his medial ligament in the warm-up ahead of last Saturday’s 2-0 loss to Deveronvale, six players are now on the treatment table at Station Park – including all of Nairn’s center-backs.

None of them are coming back imminent, so the Wee County boss may be looking to make short-term signings in what would be an unexpected, but forced departure from Sharp’s usual recruiting tactics.

“We thought the team was over,” said Sharp.

“You don’t expect five or six injuries right away.

“We’ve never really loaned players before, but it could become a necessity.

“Even Dylan Maclean, our goalie, struggled throughout the preseason with a hand injury, he’s just come back. He hasn’t played any pre-season games.

“Usually we look to our reserve team, it’s a young team and we’ve taken a few over this preseason to get them on, but they have playing time right now.”

Sharp had hoped for an improvement in performance when they exited the North of Scotland Cup last week when they hosted Deveronvale, but it was a similar frustrating story on Saturday.

“I got the same performance – lackluster, out of rhythm,” he said.

“We never got the improvement we were looking for. “

“There are a lot of boys who missed a lot of practice so I don’t know if they are up to it. Looks like at the moment.

“Having injuries to so many key players has affected the way we play, it’s a major problem. I was hoping the incoming boys would step up, but at the moment, they aren’t.

“Defensively we make mistakes and they cost us dearly, but in the attacking zones we don’t convert the chances we get. This is the whole thing.