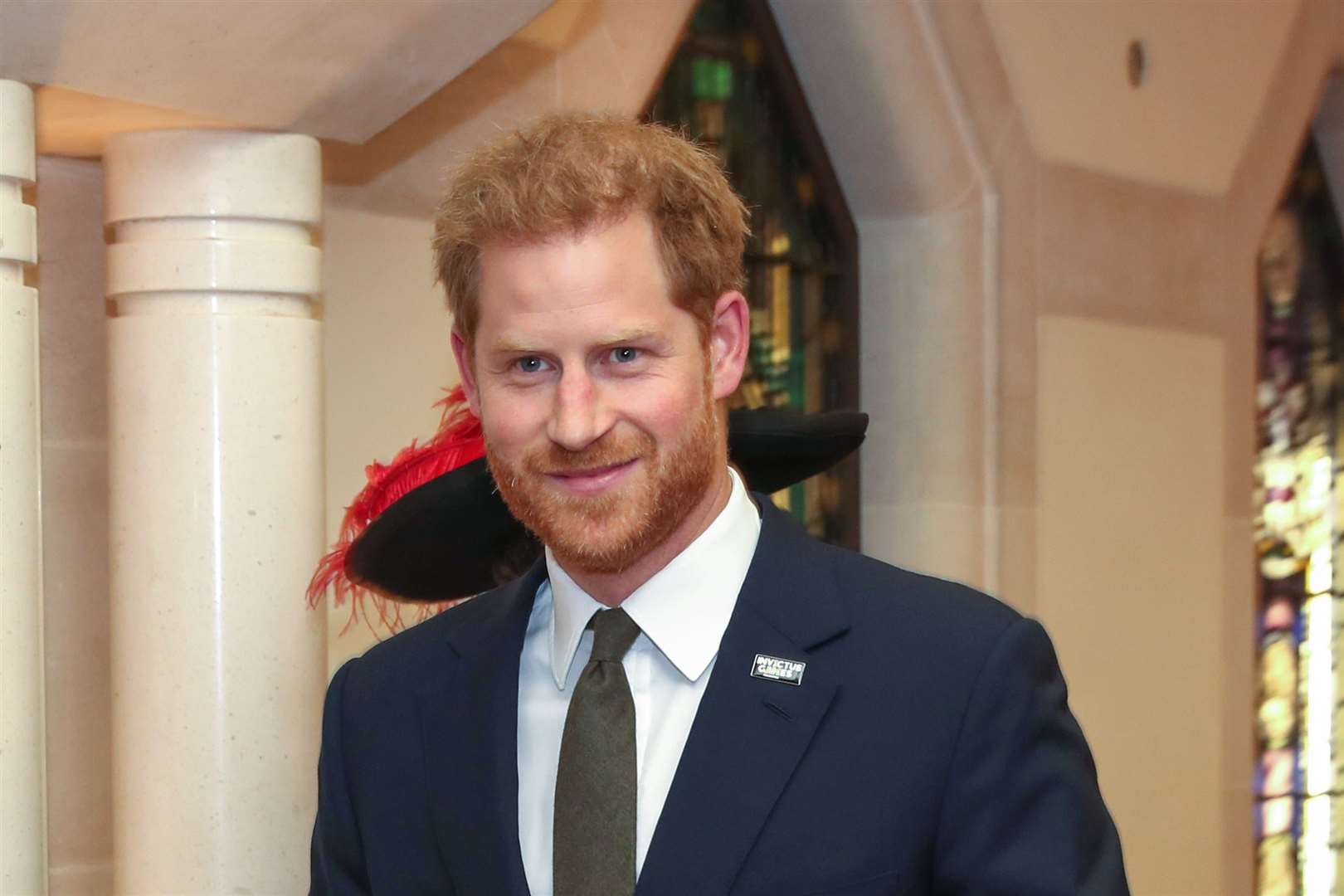 The Duke of Sussex is back in New York City to present the inaugural Intrepid Valor Awards to five servicemen, veterans and military families living with â€œthe invisible wounds of warâ€.

Harry, who has just completed a trip to the city with the Duchess of Sussex, will return to the East Coast for the Salute to Freedom Gala at the Intrepid Sea, Air & Space Museum on November 10.

The event, hosted aboard the historic aircraft carrier Intrepid, comes on the eve of Armistice Day in the UK, known as Veterans Day in the United States.

Harry, who served in the British Army for a decade, was stripped of his honorary military roles after the Megxit.

He had wanted to keep positions including that of captain general of the Royal Marines, but is determined to maintain his links and support to the military.

The Salute to Freedom Gala honors those who served in the United States’ forces defending America, with awards honoring those who “have shown courage and perseverance in the face of great danger or personal struggle.”

The museum said, “The Intrepid Museum’s Salute to Freedom Gala recognizes extraordinary leadership and honors the courageous men and women who serve in the defense of our nation.”

Rocker and humanitarian Jon Bon Jovi will also receive the 2021 Intrepid Lifetime Achievement Award for his work as President of the Jon Bon Jovi Soul Foundation.

The organization is focused on breaking the cycle of poverty and homelessness through affordable housing and shelters, including permanent supportive housing for veterans.

Harry, who moved to live in California last year, was in New York this weekend to campaign for vaccine fairness with Meghan on their first major public trip since leaving royal duties.

Susan Marenoff-Zausner, President of the Intrepid Museum, said: â€œWe are extremely proud to present the inaugural Intrepid Valor Awards to five incredible people who have gone beyond the call of duty and persevered under extraordinary circumstances. .

â€œIt is a fundamental principle of our institution to be there for our military and veterans, who are always there for all of us.

â€œOne of the ways we are delivering on this commitment is by offering meaningful programs that help veterans re-enter civilian life and build bond and community, including those that deal specifically with mental health.

“We are very grateful to Prince Harry, Duke of Sussex, for honoring and amplifying the stories of these heroes and for helping to raise awareness of mental health support for our men and women in uniform.”

On Remembrance Sunday last year, Harry was accused of staging a publicity stunt when he and Meghan were pictured on a private visit to Los Angeles National Cemetery in photos taken by a celebrity and a photographer fashion.

Harry’s relatives have said he is not the type to stunt at a memorial event, especially after having personally known fallen military colleagues.

Harry had been denied his wish to leave a wreath in his name at the cenotaph in central London.