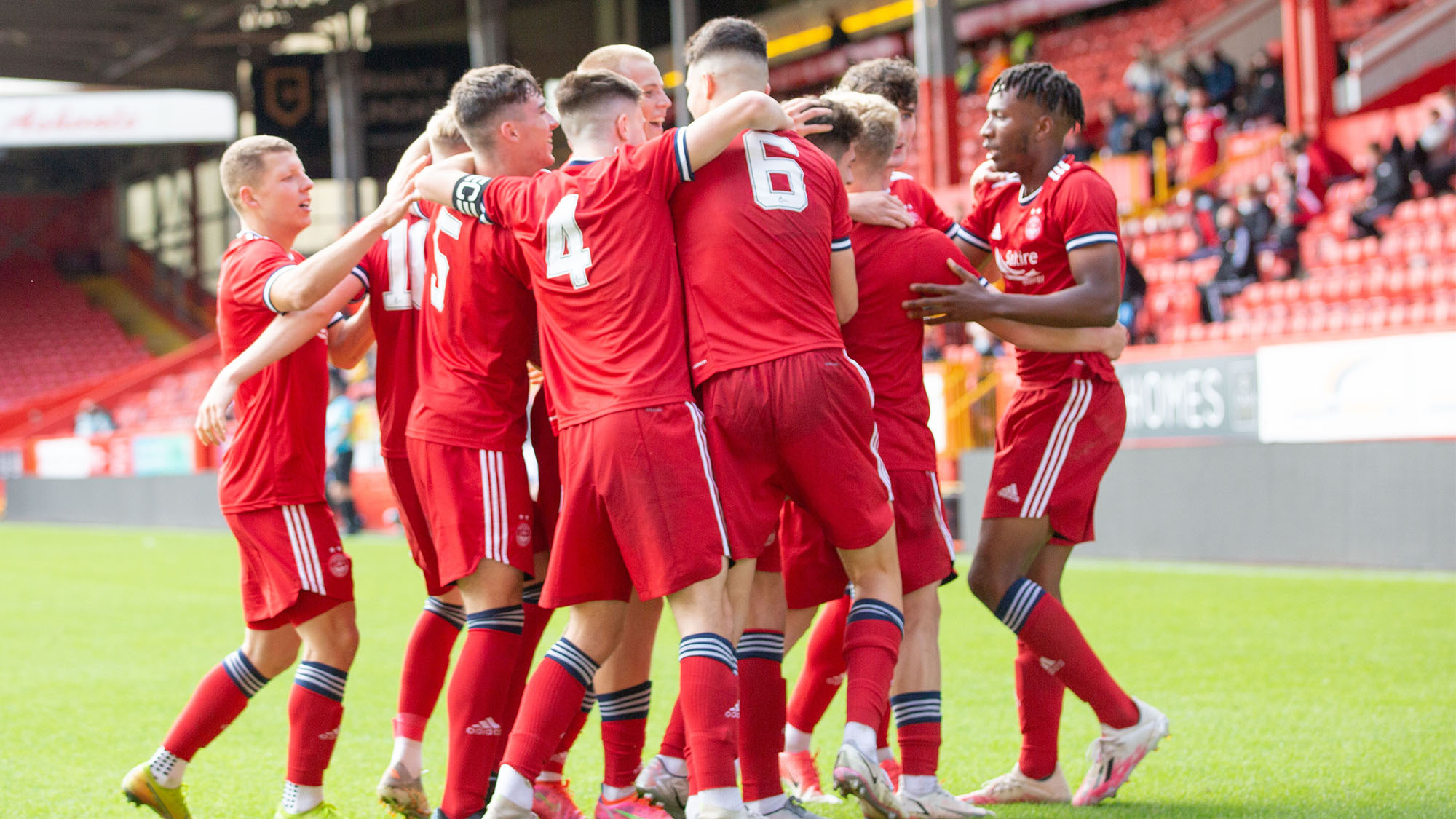 Competetion: SPFL Confidence Trophy
Meet: Hamilton Accies vs. Aberdeen
Place: The FOYS stadium
To start up: 7:45 p.m.
Ticket Information: Checkout turnstiles will be in operation. £ 10 per adult £ 5 for children under 16 and over 65. Fans outside must use turnstile 4 and will be seated in the main stand, section A.
For full information, please click here. Please note that there will be no live broadcast of this match.

Ahead of Wednesday’s SPFL Trust Trophy Cup draw, the goalkeeper and penalty shootout hero in our final round victory over Arbroath, Tom Ritchie, previewed our match with Hamilton Accies. To watch in full on RedTV, please click here.

“Arbroath’s last round game was one of my best times in Aberdeen so far. They’re definitely the best team we’ve beaten. There was a belief in the squad that we could get out. and get something out of the game. As the game progressed we thought “we can get something out of this.” Our confidence grew as the game progressed and you could see that we were going out and winning the games. second balls. I was nervous before! It’s a great team, playing on a big pitch. Once you get settled in you forget who you’re playing against.

“Before the Arbroath game, we were all together for only a few days. It was full of guys who got loaned out and then we were all thrown into one team to go out and play.

“It was disappointing to concede a goal so late. We had defended so well after going past it so it was a kick in the teeth. Arbroath had a penalty shootout the week before against St Johnstone, but only one of the takers in that game was playing against us. I reviewed it beforehand and studied where they went in this game. I just had to go make the stops!

“Saving the first penalty always helps. I have some techniques for saving penalties but I won’t give them away!

“We’re up against another championship team at Hamilton Accies. Maybe I’ll have a busy night! They had a good result this weekend beating Inverness CT, which is leading the championship and unbeaten, it will be a great test for us. It will be another experience for all the boys. I have played several times in their stadium. It’s an artificial pitch but I don’t mind.

“I’m on loan at Huntly this season, we beat Fort William 3-0 in my debut, it was nice to have a clean sheet. I can’t ask for much more! This season I want to go out and play as many games as possible. Last season because of the Covid, there were no games. I was training with the first team which brought me massively but I failed to play. After the Arbroath game, I thought to myself: ‘How could I have spent all of last season without playing games! The feeling after that was amazing, so now it’s about going out and playing at a competitive level.

“I have the perfect situation right now. I train with Huntly once a week and obviously play with them on Saturdays, but the rest of the week I train with the first team in Aberdeen. Myself, Joe Lewis, Gary Woods and Gordon Marshall all get along very well and are close. I learn so much to train with Joe and Gary every day, they have so much experience. I learn from them every day, it’s great. They take care of me and if they see me doing something in training that they think I should change they will tell me. I am happy to have this open relationship with them.

“Being with the first team brought me as a person and contributed to my confidence. You see different types of personalities and you build relationships with them, that’s great.

“I feel like I’m getting better with every game and it’s about developing that and hopefully reaching a consistent level that I’m happy with and always pushing myself.

“For a goalkeeper, it’s a longer journey to the first team. I hope to keep improving while I’m on loan and come back to fight after. “

Manager Barry Robson and Scott Anderson also spoke to RedTV for an in-depth interview to preview Wednesday night’s game and discuss the season so far. To watch in full, please click here.