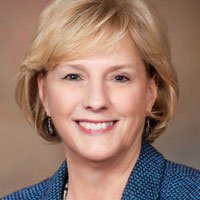 Bryan Weimer, county public works director and former director of the transportation division, said that by 2025, Arapahoe County will have a larger population than the city and county of Denver, and by 2050, it will have over a million people, so â€œwe have to plan for that.

The TMP is the product of stakeholders including the Arapahoe County Board of Commissioners (BOCC), the Arapahoe County Transportation Forum, the Colorado Department of Transportation (CDOT) and, most importantly, members. from the public whose contribution was solicited through several sites from the start. of the project in April 2020, resulting in nearly 800 comments. These responses indicated that residents’ priorities are congestion and road safety, followed by road maintenance and multimodal improvements, including micro-transportation options like bicycles and scooters.

The final version of the PGT was posted on the county website on October 27 and will be presented to BOCC in November.

Weimer started with the importance of multimodal transportation, which includes all kinds of â€œhow we transport people, goods and carsâ€. He said, â€œTransportation has no borders. It passes between jurisdictions. Thirty years ago, Arapahoe County was on the fringes (of the metropolitan area). Now we are in the middle. â€œWe cannot build our way out of congestion,â€ he said, noting that the goal is to â€œmaintain the current level of congestionâ€.

The stated objectives of PMT 2040 are:

Promote an efficient and balanced transport system, for example, improve north-south and east-west connectivity in the rural area of â€‹â€‹the county.

Coordinate land use and transportation.

Pursue a strategic approach to the management and monitoring of the county’s transport system.

One aspect of public awareness was asking people if they planned to return to work in their offices. The results revealed that only 40 percent planned to return to work as usual while 30 percent said they would only partially return. Nonetheless, Weimer reported that “the data shows that we are returning to pre-pandemic traffic volume levels.” Peaks at peak times are not as high, but peak times are extended for longer periods.

Another aspect of the TMP was to identify congestion hot spots in the county. Of the total of 44 intersections or road segments that were identified as hot spots, 34 were in towns and 10 were in unincorporated areas of the county. The upgrades for these locations will be chosen from the most appropriate tools:

Pavement surface and markings, including crosswalks and rough strips.

Changes in signage, including warnings / tips and dynamic speed feedback.

Focusing on District Two, represented by Sharpe, west of I-25, a necessary road project identified is the Santa Fe and Mineral Interchange. The estimated cost of a “quad road” is $ 11.5 million to be shared between Arapahoe County, CDOT and Littleton. Another project identified is the improvement of the Mary Carter Greenway, which is estimated to cost $ 2.4 million and will be shared by Arapahoe County, Sheridan, Englewood, Littleton and suburban parks and recreation. South.

East of I-25 and west of E-470, a project needed to widen Smoky Hill Road from E-470 to Buckley Road is expected to cost $ 14 million and would include the participation of Aurora and Centennial, as well as the county.

A major multimodal project on Inverness Drive West is an on-street bicycle facility to allow people to use bicycles for the last mile from the light rail station at a cost of $ 5.9 million for which the neighborhoods of Inverness area affairs would participate with the county.

Another goal of the TMP is to engage with the recommendations of Reimagine RTD and the RTD Responsibility Committee to explore new bus line extensions with new developments. The county also plans to coordinate with cities to establish mobility hubs where all types of transportation modalities meet. There are 40 cycling and pedestrian projects included in the PGT.

Arapahoe County estimates the cost of capital projects identified in the PGT through 2040, including road widening, new connections, paving, bicycle and pedestrian projects, will be $ 250 million. dollars, but this total will be shared with the federal government, CDOT and the local cities in which the projects are located. Estimates have not been calculated for new or revised interchanges or transit.

Statistically speaking, 450,000 vehicle travel hours are recorded on Arapahoe County roads each day and that number is expected to rise to 650,000. Returning to his previous statement that the goal is to contain congestion because it is unlikely to reduce it, Weimer noted, â€œRight now 22% of vehicle driving hours are congested. If we implement the recommendations we have identified, that number will only drop to 26%, which manages the congestion. If we do not make these improvements, we can expect congested driving hours of vehicles to reach 50%.

A caller asked about autonomous vehicles, to which Weimer replied, â€œThey’re here now. Automobile manufacturers ensure their safety. We believe they will come on board in the next ten years. We will see even more electric vehicles even sooner. 5G is the trigger for vehicle-to-vehicle connectivity that will soon hit the towers. Autonomous vehicles are more complicated because they will require very good marking and lane layout to function. Commissioner Sharpe stressed that ensuring all roads are precisely and visibly striped to accommodate autonomous vehicles will require special attention from local governments.