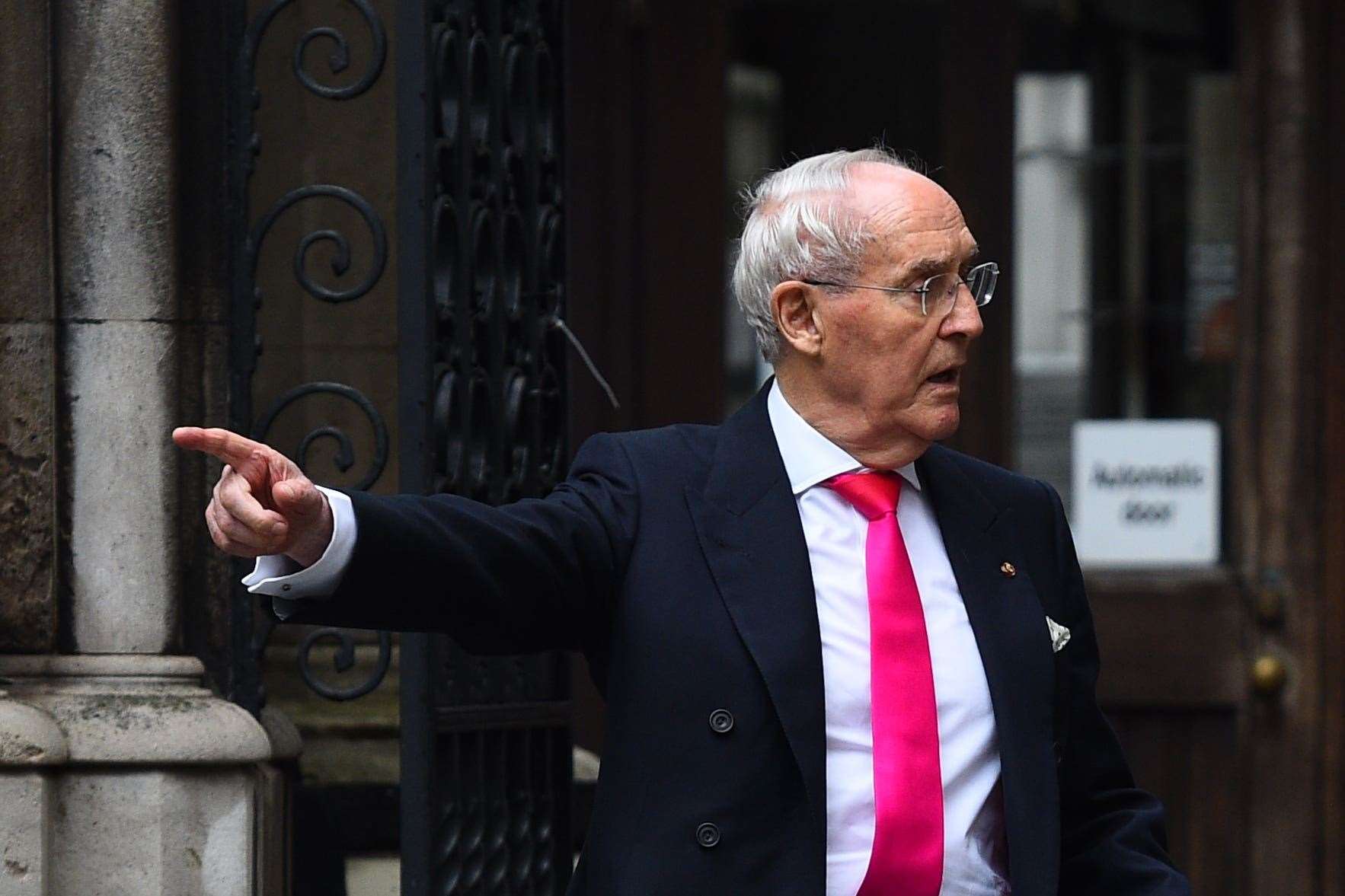 A judge is overseeing another stage of divorce court litigation starring businessman Sir Frederick Barclay and his ex-wife.

Sir Jonathan Cohen had ruled in May that Lady Hiroko Barclay should receive lump sums totaling £ 100million following the breakdown of a 34-year marriage.

Lady Barclay returned to court on Friday to file an application for enforcement of this sentence.

The London-based judge oversaw the final stage of the litigation in a private online hearing before the High Court’s Family Division.

He placed limits on what could be reported on the case.

But he said the parties could be named and it could be reported that Lady Barclay was requesting enforcement of the sentence.

Sir Jonathan has slammed Sir Frederick, 87, in his ruling on the couple’s fight for money in May.

He said Sir Frederick had behaved in a “reprehensible” manner during the dispute.

The judge said Sir Frederick had sold a luxury yacht and “applied the equity for his own use” in violation of the orders.

Sir Frederick and Lady Barclay had fought in a private trial before the Family Division of the High Court earlier in the year.

The judge ruled Lady Barclay should get £ 100million.

He said she wanted £ 120million and Sir Frederick made an offer which could have gotten nothing.

The judge had released a detailed ruling, delivered to Sir Frederick, Lady Barclay and their lawyers, following the private trial.

Judge Cohen, who had allowed reporters to attend the trial but placed wide limits on what could be reported, said he decided to release an abridged version giving some details.

“The main criticism I made of (Sir Frederick) concerned his handling of orders placed for the production of documents and answers to questions,” he said, in the abridged version of the decision.

“These orders were made specifically in the context where (he) sought to argue that the loan notes to which he was entitled and which constituted the bulk of his fortune were not liable to be honored, in whole or in part. partly, due to an alleged lack of liquidity in the underlying family businesses.

He added: “Part of (Sir Frederick’s) available assets included a luxury yacht that was on the market for sale.

“I placed orders to control the sale and use of the product.

“He completely ignored these orders, sold the yacht and used the equity for his own use.

“I considered this behavior to be reprehensible.”

Sir Frederick said in a statement after the May ruling: “I am saddened that after 34 years my marriage has ended.

“It wasn’t something I wanted.”

He said he hoped Lady Barclay could find happiness and wished her luck.

Sir Frederick and Lady Barclay were separated but still married when the trial was held.

Earlier this year, the judge ended the Barclays’ marriage in a separate hearing, issuing a divorce decree.

Lady Barclay had filed for divorce for unreasonable behavior, she was told.

Sir Frederick and his twin brother Sir David were among the UK’s foremost businessmen.

Sir David died at the age of 86 in January.

Their interests included the Telegraph Newspaper Group and the Ritz Hotel in London.

The family also has ties to the Channel Islands and Monaco.