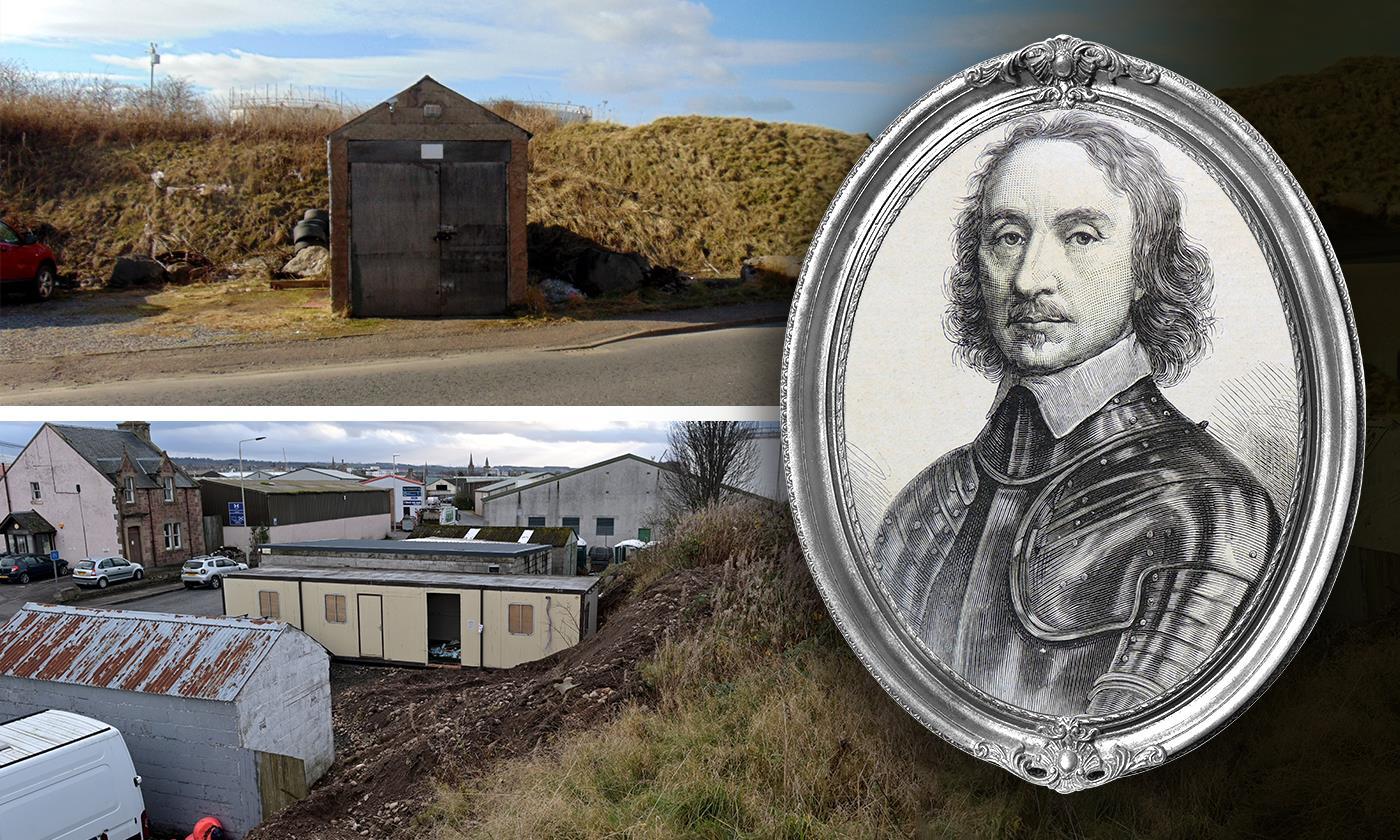 The huge overgrown heap of Lotland Road in Inverness holds centuries of history as the last evidence of Oliver Cromwell’s ‘citadel’, built in 1652 to house a garrison of men ready to quell the uprisings of armies Highland royalists.

Recently, part of it was ripped off by a local company oblivious to its importance, prompting a temporary shutdown notice by Historic Environment Scotland (HES).

HES staff visited the monument as part of their investigation into the incident.

A spokeswoman for the organization said: â€œThe earthen bastion and ramparts off Lotland Road in Inverness are all that remains of a once large and imposing fort on the banks of the River Ness.

â€œThe fort was one of five massive citadels built by Oliver Cromwell during the occupation of Scotland by the English Commonwealth in the 1650s.

â€œIt was built from masonry from Greyfriars Church and St Mary’s Chapel in Inverness, and the monasteries of Beauly and Kinross, as well as Episcopal Castle at Chanonry, which Cromwell all demolished for this purpose.

â€œIn recognition of its national significance to Scottish heritage, the remains of the fort are protected as a Listed Monument under the Ancient Monuments and Archaeological Areas Act 1979.â€

The digging of the rampart is just the latest in a series of forays into the huge bank over the years by local businesses trying to gain more space away from the busy road a few yards away.

Adrian described the damage as “disheartening”, while George said that until fairly recently there were still three of these ramparts.

â€œThey were very similar to the ones in Fort George, and over the years they’ve been cannibalized and only this one remains.

â€œIf it had been cut out and fitted with an information board, it could have prevented this from happening. “

Adrian added: â€œPeople should know that this is not just an industrial slag heap or mound, but has historical significance.

Dave Conner said many in Inverness were unfamiliar with Cromwell Citadel, although there was a Citadel Football Club and Citadel Bar at one point in the area.

â€œOver the years the site has been eroded for all kinds of purposes, but this part has been abandoned for a long time, so it’s a shame to see the damage.

“It’s part of the history of Inverness, and too bad we don’t mark that by showing people what the history is.”

HES has stated that Cromwell’s Citadel is private property and, although it is a listed monument, does not require owners to maintain, provide interpretation, or open access to it.

â€œHowever, such an important monument would benefit from being better recognized and we regularly advise owners on the promotion of positive management of listed monuments.

â€œHES would support any potential signage proposal emphasizing the significance of the monument. “

Attacks from the sea

Cromwell was strategic in his placement of the fortress, knowing that Royalist attacks would come from the sea.

The structure was five-sided, built back from the river bank and with access for ships at high tide.

It was a gigantic construction.

The walls were three stories high, constructed of freestone bordered by a brick wall, with watch houses at each of the five corners.

On the town side was an “exit port” or controlled entrance, and on the north side was the main gate with an oak drawbridge, known as the blue bridge.

“A most majestic wall lamp”

In his Wardlaw manuscript of 1674, James Fraser details how Cromwell’s government bought the land, called Carse Land, from the citizens of Inverness for the fort, “a most majestic sconce.”

â€œThe entrance to the bridge into the citadel was a majestic vault about 70 feet long with seats on either side and a row of iron hooks for hanging pickaxes and drums.

â€œIn the center of the Citadel stood a large building of four dressed stone squares called the store and the attic; on the third floor was the church, well furnished with a pulpit and majestic seats; a large bartizan (overhanging corner turret) at the top and a large courageous clock with four large golden dials and a curious bell.

The fort cost a pretty dime – Â£ 80,000 – and with a salary of one shilling a day, many willing country people showed up for the job.

But the massive structure was not used for a long time.

The garrison was withdrawn by popular demand after the Restoration of 1660, the buildings demolished and the site abandoned.

Stone was quarried from the site in the 1680s to build the old seven-arched Ness Bridge, washed away in 1849, as well as for an earlier version of Inverness Castle.