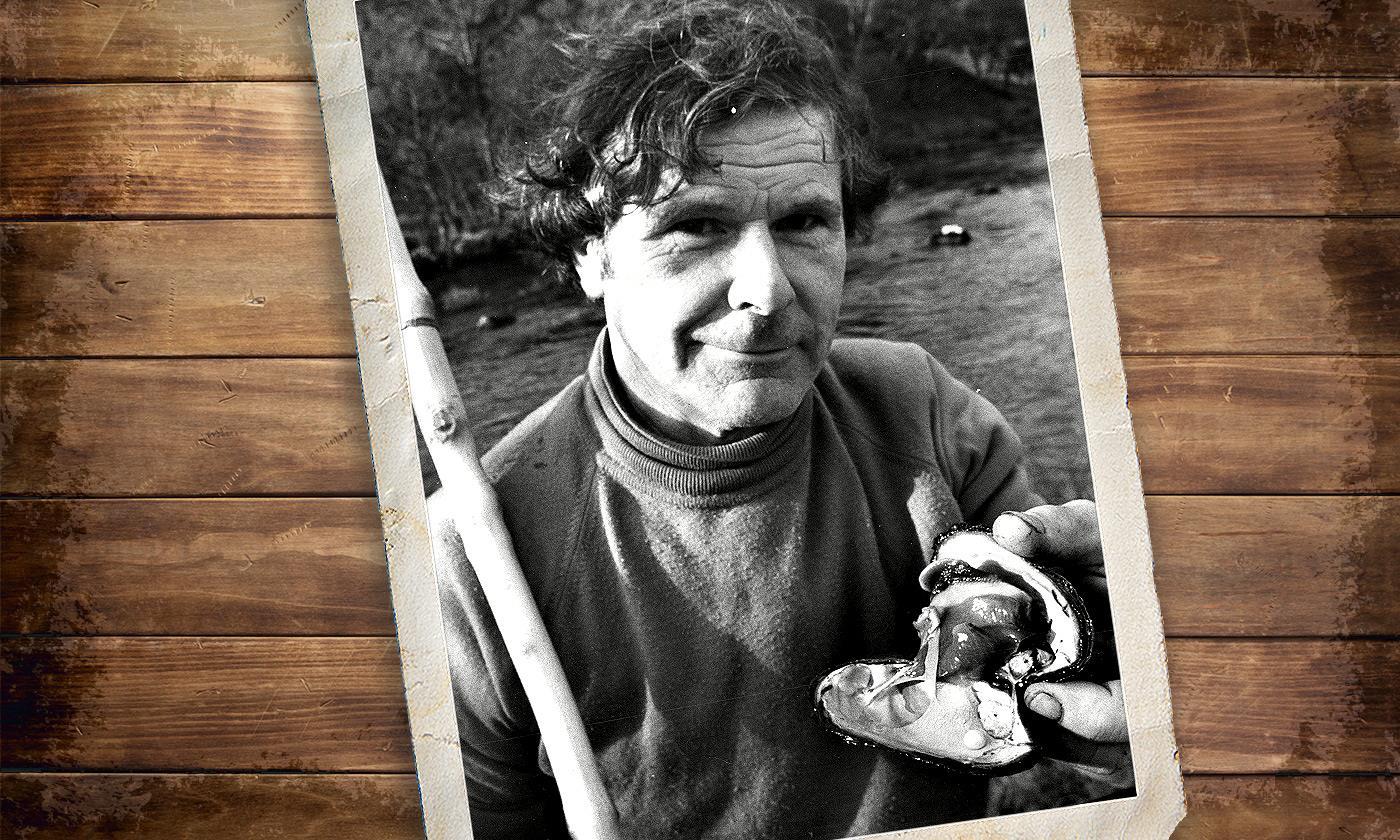 Bill Abernethy, Scotland’s last pearl fisherman and the man who gave his name to the largest freshwater pearl found in Scotland in living memory, has died at the age of 96.

In 1965, he discovered the pearl while fishing on the River Tay, which he and his father, Robert, had worked on for decades.

It became known as the Abernethy Pearl, was stored at the Cairncross jeweler in Perth, and secured Bill’s place in history.

However, his friend Doug Allan, one of the cameramen of masterpieces such as Blue Planet and Frozen Planet, revealed that the pearl was not Bill’s favorite.

This honor was reserved for a Pearl Bill found in the Earn River which had almost translucent qualities.

Doug, who worked as a diver with Bill between 1973 and 1975, said: â€œThe Abernethy Pearl was big but it wasn’t the best Bill could find.

â€œHe took one from the Earn which I believe was incorporated into a piece of jewelry the City of Perth donated to the Queen Mother.

â€œIt was something special, a beautiful salmon pink color and you could almost see through it. The Abernethy Pearl, also known as the Little Willie, was tall and flawless but not as subtle as the one found on the Earn.

Bill’s ashes are to be scattered over the Conon River where Bill fished and near Nairn and Culloden where he later lived.

Doug, currently on a speaking tour of Scotland, said: â€œWouldn’t it be a wonderful circularity if a few small grains of Bill’s ash found its way into a mold and formed the core of a new pearl. I’ll bet it would be a beautiful gem.

In the early 1970s, Doug responded to a magazine ad: “Diver wanted for interesting work in Scottish rivers”.

Doug had just graduated in marine biology from the University of Stirling and was looking for adventure rather than pursuing his studies for a doctorate.

He went to meet Bill at Stanley Mills near Perth and was tested on his diving skills.

“Bill told me he always did this because he had a lucky few in the past who clearly had never dived, one he almost had to save.”

The couple have formed an excellent working relationship. Doug lived with Bill in his Coupar Angus house and discovered that he led a simple life.

He had cardboard instead of rugs and owned land on which he let a farmer graze his animals in exchange for vegetables. He was close to self-sufficiency.

On fishing trips away from their base, they slept in the back of Bill’s station wagon.

â€œThis meant that we only had to take a small number of shells, which hardly disturbed the natural populations of the river.

â€œBill taught me to look for two classic shapes of seashells.

â€œHe called one a Backrig with its crest pronounced on one side of the hull, and the other was a Humph ‘n’ flatrun.

â€œIf we ran into a Humph ‘n’ flatrun, there was a 90% chance of finding a perfectly formed spherical bead. “

Pearl fishing was banned in 1998 due to concern over numbers. Fewer and fewer young mussels were establishing themselves in the rivers.

Doug said Bill blamed this on deteriorating water conditions in rivers due to fertilizer runoff from the fields, and he also had his own theory that salt washed from roads was a factor as well.

â€œBill loved and cared for rivers and he was very saddened that the pearl was now under threat,â€ he said.

In the early 1990s, the Abernethy Pearl was at the center of a property dispute between Bill and Cairncross, where it had been stored since the 1960s.

A court ruled in favor of Bill and the jeweler agreed to purchase the pearl for an undisclosed sum.

Bill never disclosed where he found the pearl or how much he was paid by Cairncross, but the pearl is now estimated to be valued at almost Â£ 200,000.

He fished for pearls before WWII until the ban went into effect.

Many of her beads ended up in jewelry made for the Royal Family and the Queen is said to have a brooch containing Tay beads found by Bill.

Over the decades he traveled throughout Scotland, fishing the Tay, Isla and Spey among many other rivers, but was always wary of exact locations.

His knowledge was so great that he knew the best places to find pearls and was often followed by amateur fishermen on his travels.

A friend of Bill, who asked to be called by her first name, Sandra, said he was often followed when working in northern Scotland.

“When he wasn’t sleeping in his station wagon, Bill stayed in guesthouses and the owners were often asked where he fished, but he had earned their trust for many years and they never gave out any information.”

He was born in Coupar Angus, but later in his life he moved to Nairn and then Culloden. One of the reasons for the move, said Sandra, was the vibrant Highland country dance scene that Bill loved.

Until his eyesight deteriorated several years ago, Bill, along with Sandra, from Inverness, and a group of friends, still attended dances in the Highlands.

Bill was educated at Coupar Angus, but it is not known whether he went to Blairgowrie High School for secondary education.

What is certain is that in his early teens he joined his father and uncle pearl fishing on the Tay and Isla.

Bill’s father was himself famous. In the 1920s he reportedly recovered pearls worth Â£ 2,000 at the time from the Don River.

The only interruption in Bill’s pearl fishing career was his war service in the Merchant Navy.

Sandra, from Inverness, said: â€œBill didn’t talk about his war service, but he did talk about being in warmer climates.

â€œWe later found out that he was aboard a ship dropping American troops on the beach of Anzio in Italy. He also said he shouldn’t be alive as a torpedo passed through the bunk he had just left. That’s all he shared with his friends.

After the war, Bill, who never married, returned to pearl fishing with his father.

He said of his famous 1965 find that he knew there would be a pearl inside, but that it was twice as large as he expected.

He wrapped it in dock foil to keep it from getting scratched and held it for a while before bringing it to the jewelers who were stunned at its discovery.

Bill and Doug Allan have remained great friends and have stayed in touch throughout Bill’s life.

When Doug received an honorary doctorate from the University of St Andrews in 2010, Bill was his guest.

Then, two years later, in the BBC documentary Wildlife Cameramen At Work, Doug introduced Bill as one of his guests.

Country dancing was his other passion for Bill. He attended dances around his home in Coupar Angus, Dundee and Highland Perthshire, then was a regular at events across the Highlands.

After his retirement he bought land in Nairn and built his own house.

Sandra said he leads a quiet life, raises bees, grows his own vegetables and is known for his healthy diet.

â€œHe didn’t say much about the Pearl of Abernethy, but I know he remembered several pearls. He was a man with a great knowledge of many subjects.

“Bill was a very kind, calm and genuine man who had a lot of friends and loved to laugh and have fun.”