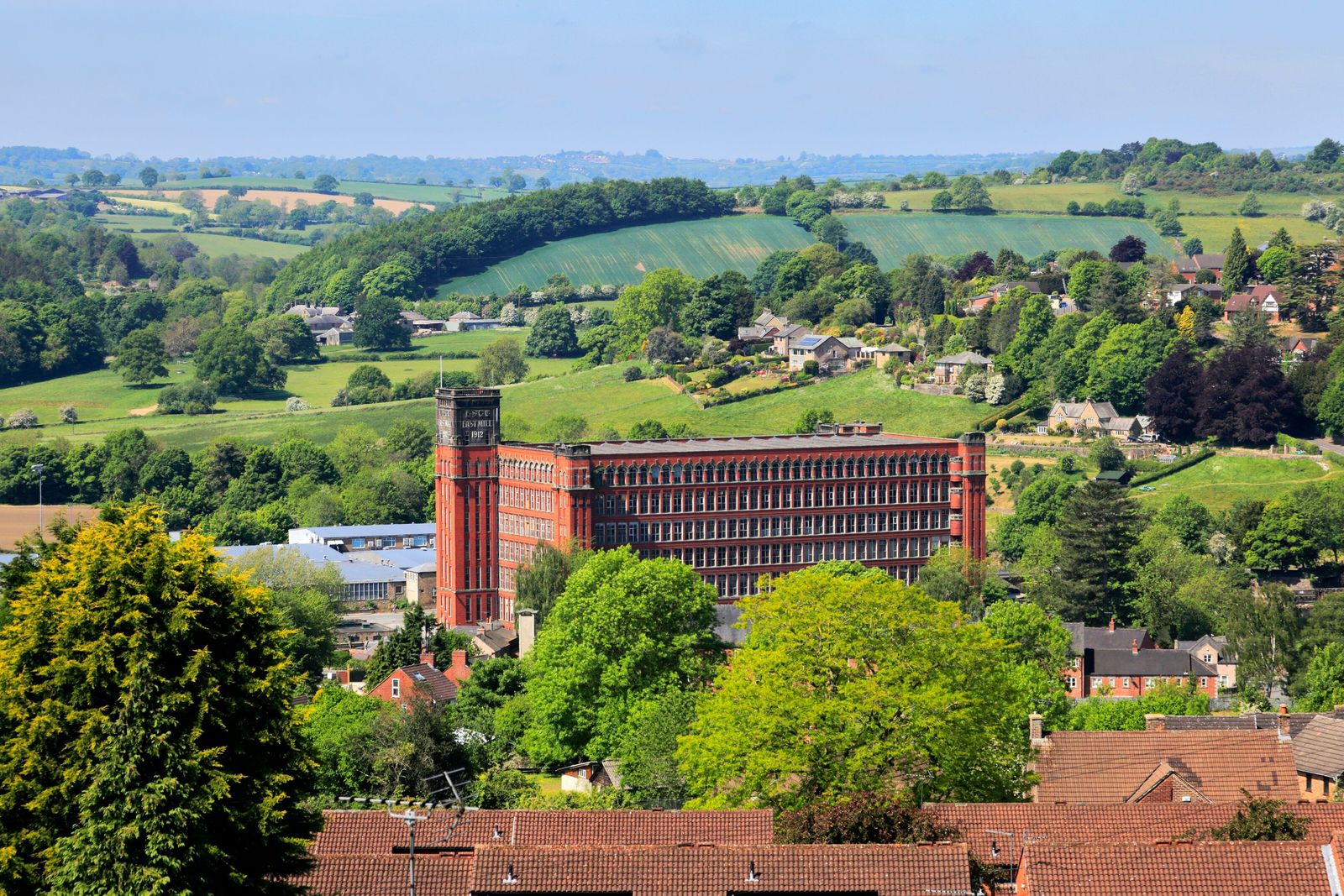 Morning
The seeds of the Industrial Revolution have been sown in the village of Cromford, a half hour drive north of Derby. It was here that Richard Arkwright built the world’s first water-powered cotton mill and turned the tide of history. This story is told today in a reception center, installed in the restored mill. The quay which skirted the complex of the mill formerly made it possible to bring the coal to the village and to take away the local limestone. Today it’s a serene place, and for another perspective on the valley, hop aboard Birdswood, a narrow boat that plies the Cromford Canal. Back on dry land, don’t miss the opportunity to explore High Peak Junction to get a glimpse of one of the oldest railway workshops in the world.

Afternoon
Back in Cromford, stop for lunch at the Greyhound, a Georgian inn where Arkwright and his associates did business by candlelight. Next, visit the well-preserved industrial village of Milford, whose brick buildings look a lot like they were when they housed workers in the area’s industrial heyday; magnificent views over the village and the Derwent valley beyond, are your reward for a stroll up to nearby Sunny Hill. From there, retrace a much older history as you walk along the backbone of the Chevin, once a Celtic and Saxon ridge. Before the evening light fades, descend the hills, through peaceful river meadows and cascading horseshoe-shaped spillway, to the Gardens of the River Belper. Here pretty flower beds and an Edwardian bandstand contrast gently against the austere mills; taking a rowboat down the river, or just spotting ducks and swans on a gentle stroll, are lovely ways to see the afternoon.

Evening
Venture to Belper’s High Street, which with its abundance of shops, pubs and local businesses was named the best main street in the country for 2019. Staying at Belper for dinner, choose Arthur’s, a fine bistro. -loved where the seasonal menu includes classic British dishes like cullen skink (Scottish soup with smoked haddock, potatoes and onions) alongside imaginative desserts like roasted chestnut ice cream. Film buffs and history buffs will be delighted to combine their passions at the Ritz Cinema, housed in a 19th century building. Once a courtyard, theater and meeting room, the Ritz has been showing films since 1919, ranking it among the oldest and most atmospheric cinemas in the country.