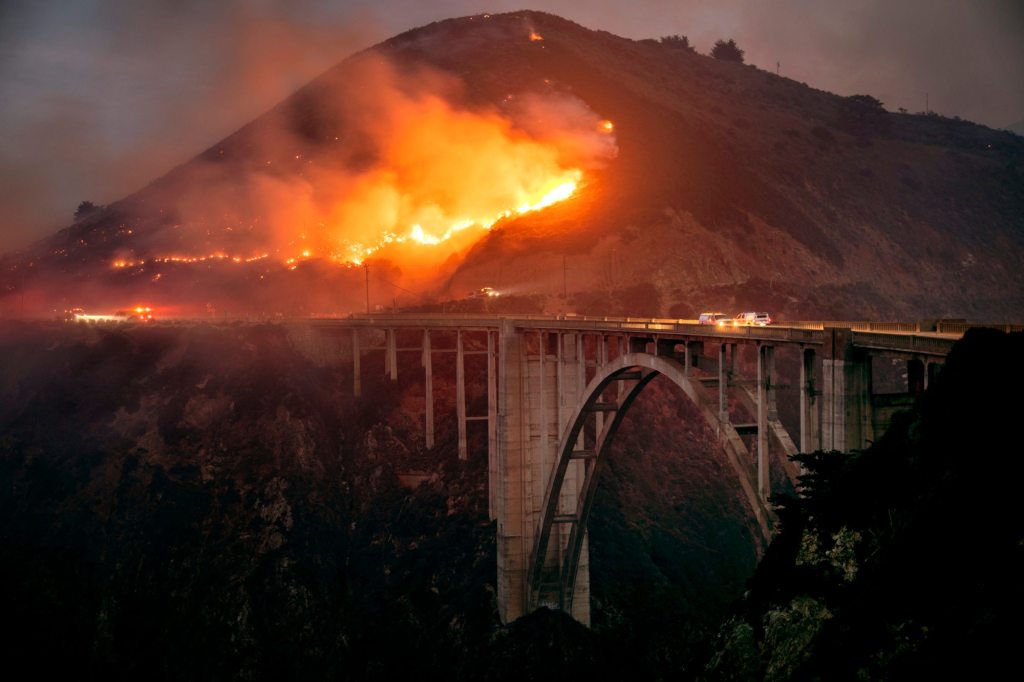 Marin County fire officials say a winter wildfire in Big Sur serves as a warning against safety complacency on the home front.

The so-called Colorado Wildfire in Monterey County, which began Jan. 21, has burned some 700 acres and forced hundreds of residents from their homes. As of Thursday, the blaze was 65% contained, according to the California Department of Forestry and Fire Protection. Investigators linked the fire to hot embers from a burn pile.

Marin fire officials say a similar fire could occur locally. Homes are often located amidst large amounts of accumulating vegetation, and January was exceptionally dry, despite a wet end to 2021.

National Weather Service meteorologist Ryan Walbrun said less than half an inch of rain fell this month in Marin, when the normal average precipitation level for the month is 5.44 inches.

Scientists fear that rising temperatures and more frequent drought conditions triggered by climate change will increase fire risk, frequency and area burned. Not all fires are harmful, as flames can also consume forest buildup, leaf litter, and decades of detritus that increase the likelihood of a catastrophic fire.

“The bottom line is what happens in February and March,” Walbrun said.

Fire protection officials say Marin residents should be vigilant for wildfires, even after the fairly wet start to winter.

Chief Jason Weber of the Marin County Fire Department said he believes the fire risk in the area remains “relatively low” at this time.

Weber said flames like the Big Sur fire move due to high wind speeds if an area’s vegetation is dead or has a high percentage of dead material.

San Rafael Fire Department Chief Darin White said recent high winds have made the situation worse by moving debris such as branches and needles to the ground and gutters. He said winter storms can also bring lightning and ignite large fires in areas where brush builds up.

“Hot days, high wind conditions that can reignite and carry smoldering embers to dry unburnt fuels, heavy fuel loads, and the difficulty of getting enough water on the fire to contain it are just some of the concerns firefighters face as we fight. wildland urban interface fires during what had always been a colder, wetter winter season,” White said.

He added that even if the rain does arrive in February, “we are no longer able to assume that the sporadic rains will be enough to eliminate drought conditions or keep fuels moist through the spring and early summer. “.

Chief Bill Tyler of the Novato Fire Protection District said all of nature’s engines are on duty. He said the district has advanced weather monitoring stations and firefighters trained and equipped to fight fires year-round.

“We are already anticipating an early fire,” Tyler said. “The neighborhood is agile, we can adapt quickly and efficiently to changing weather conditions. We do not have unnecessary delays in our response posture, such as the official declaration of fire season. »

Mark Brown, executive director of the Forest Fires Authority, said he hoped the rains in February would restore moisture to local vegetation. But he said the county is staffed to organize a wildfire response.

“Before, when I started my career, we would remove our forest firefighting equipment from our engines during the winter,” he said. “Now this equipment is kept on the engines all year round.”

White added that in addition to the county’s maintenance efforts, “much of our success will be based on homeowners’ efforts to maintain their properties year-round.”

Weber said if rain doesn’t return to the area to expected levels, the county will begin seasonal firefighting crews early.

“The past five years have been trying for our crews and I worry about their mental and physical health as the new reality of climate-related disasters unfolds before us,” he said.

The Santa Cruz Sentinel contributed to this report.