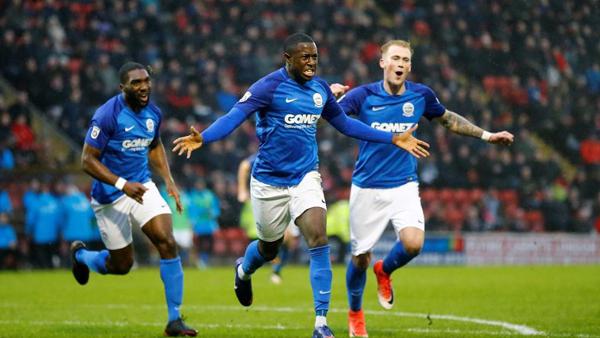 WINDSOR, Col. – Nortei Nortey, a versatile British-Ghanaian midfielder who was a member of the Chelsea FC academy from 2008-2014 and helped the Blues win the 2012 FA Youth Cup, has signed with Northern Colorado Hailstorm FC, in pending league and federation approval.

“Absolutely delighted to have Nortei on board,” said Hailstorm FC head coach Éamon Zayed. “At 27, he’s coming to America at the height of his career and also brings a wealth of experience. He’s had a great football upbringing and upbringing, which started at Chelsea’s academy. He’s a box-to-box an aggressive, action-packed, technical number eight, he’s also a very ambitious person who wants to make a name for himself in America, and I really believe he will.

Nortey, 27, spent the 2020-21 season with Queen of the South in the Scottish Premiership and started in four different positions – central midfielder, defensive midfielder, right-back and left-back – for the Doonhamers during in the countryside. He scored the only goal in a 1–0 win over Inverness Caledonian Thistle on 21 February and eventually helped the club to a sixth-best finish in three years.

Nortey has scored eight goals in 160 National League appearances, with his best season coming in 2017-18 when he netted five and added two assists for Dover. Los Blancos came within a point of qualifying for the playoffs, finishing level with seventh-placed AFC Fylde on 73 points but with a worse goal differential.

“It was an opportunity I couldn’t turn down,” Nortey said. “I’m excited to go to Colorado to be part of history. That’s what sold me. With the capabilities of the manager and the club, we could bring championships to Colorado.”