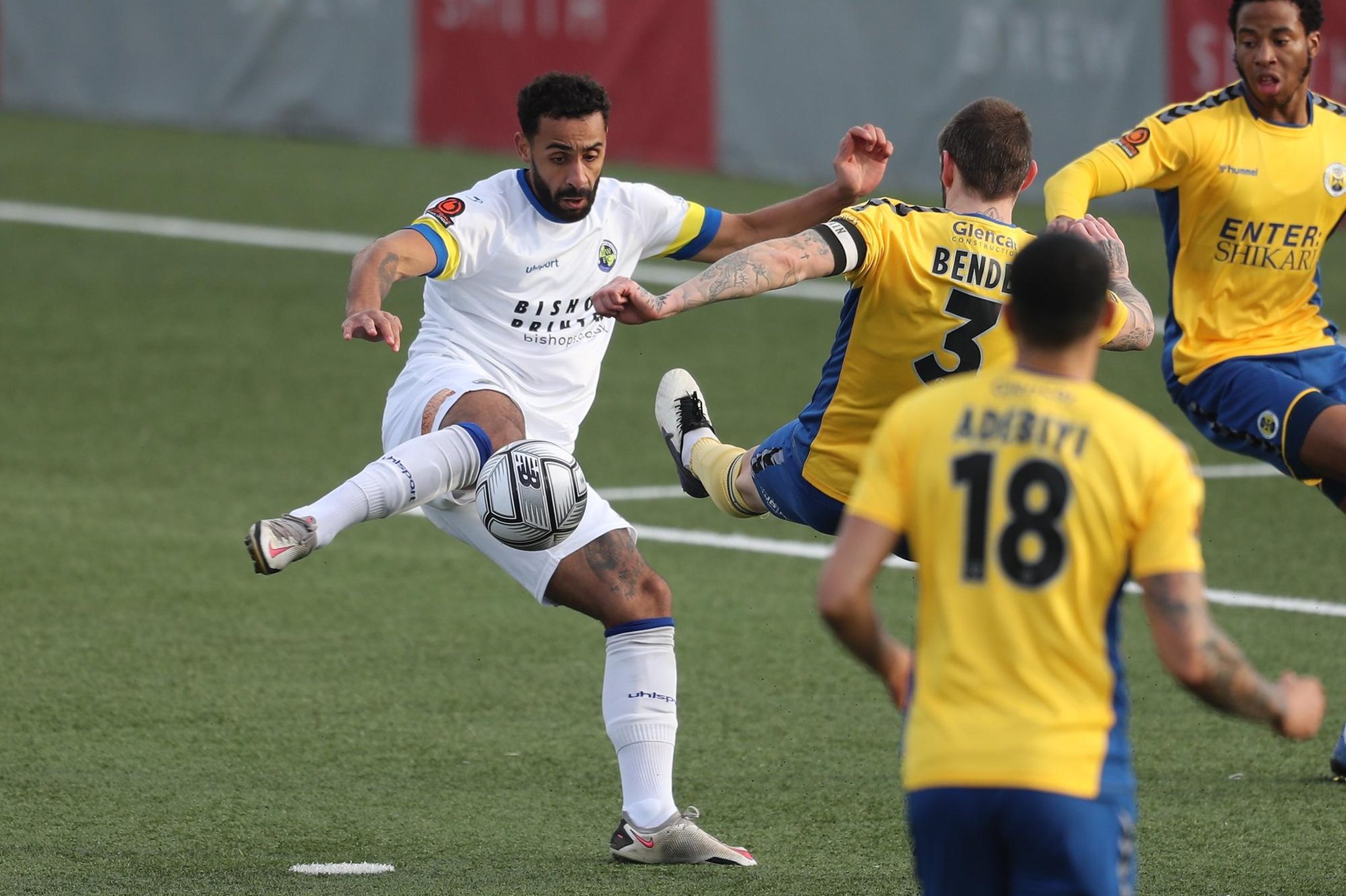 Stefan Payne made his Hawks debut in the loss to St Albans at Westleigh Park Photo: Dave Haines

And Doswell believes the club’s three new players, who all started in the loss to Saints, have “freshened things up” as they try to reverse a recent dip in form.

Shaun Jeffers scored the only goal of the game five minutes after the restart as the Hawks’ winless run in the league reached seven games.

Register to our daily newsletter

The newsletter mute the noise

Forwards Manny Duku and Stefan Payne – recruited from Inverness and Chesterfield respectively in the build-up to the match – were both dropped in the second half after starting.

While midfielder Alfy Whittingham completed the full 90 minutes on his first outing since joining on a month-long loan deal from Aldershot.

Doswell was pleased with the first look he got at the trio in Hawks colors and said his men deserved better against St Albans.

He said: “I thought the performance was good in difficult conditions. It was a howling wind out there that made it difficult for both sides to know whether to go long or short.

“I think St Albans had a chance in the first half, which Ross (Worner) saved, we have a real debate about their goal – we think it was offside. Wide (Romeo Akinola) was offside – it’s their only chance in the second half and we scored on it.

“We created enough chances, certainly to get something out of the game. I think Tommy Wright’s header at the end – he has to score – but that’s how it goes by the minute.

“What I would say is I think the three signings have refreshed us, we’re working extremely hard, we’ve worked extremely hard this week in training and that’s all we can do.”