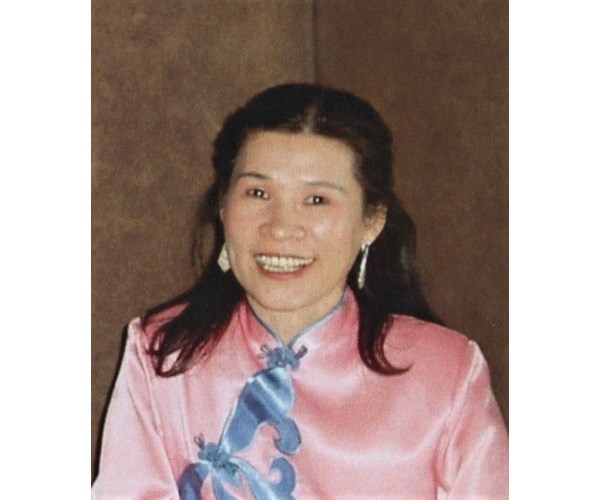 Su Jen “Penny Chen” Talbot was born on August 19, 1953 in Taiwan. She died at her home in Inverness on February 2, 2022 aged 68, after a sudden diagnosis in September 2021 of cancer. She was the youngest of seven children and lived in Taiwan for many years until she met Peter Talbot, while he was in Taiwan for a major engineering company on a nuclear power project. She married Peter after returning to Massachusetts on March 13, 2005. They lived in Salem, Massachusetts until October 2018 when they moved to their home in Inverness.

Penny was predeceased by her two sisters. Along with her beloved husband, Peter, those who cherish her memory are her stepchildren, Beth Gasinowski (Edju) of Danvers, Massachusetts, Alison Talbot of Portland, Oregon and Craig Talbot (Alicia) of Basalt, Colorado; his two sisters and two brothers; his three beloved grandchildren, Max, Owen and Ella and his many nieces and nephews, in Taiwan.

Penny loved living in Salem where she hosted many Sunday or Chinese New Year dinners for Beth’s family and friends. Her three grandchildren and Peter’s loved her homemade fried rice and pepper steak. She particularly enjoyed the weekly dance lessons where she and Peter became good friends with some of the other couples there, including Dave and Julie who had recently moved to The Villages over the winter months.

She will also be remembered and missed by her best friend and next-door neighbor Jack, who was a frequent dinner visitor and showed Penny and Peter many of the area’s sights, festivals and restaurants.

Penny has also recently become good friends with a couple she met through a friend of hers, who live in Spring Hill – her friend is also from Taiwan and grew up in a town next to which Penny grew up. She called this dear friend her “guardian angel” because of the help and assistance her new friend has always provided.

Penny looked forward each year to the time when she and Peter would return to Taiwan to be with her family and the many friends they both had there. Much to their dismay, this was unfortunately cut short when Peter had knee replacement surgery and the following year when the COVID 19 pandemic began. Peter will take his remains to Massachusetts where they will be buried in their family plot at Puritan Lawn Memorial Park Cemetery in Peabody, MA. A short service will be held at the cemetery before the interment.

Penny was clearly loved by many, and her warm, friendly smile and laughter will be missed by so many. Her dance teacher said “she was a sweet, funny woman who was full of life with lots of energy. We love you Penny and hope you dance in heaven.”

A Celebration of Life for Penny will be held Wednesday, February 16, 2022 at 10:30 a.m. at Joy and Praise Fellowship Church at 6670 N. Lecanto Highway, Beverly Hills, FL, with Pastor Ed Padgett officiating. A gathering of family and friends will begin at 10:00 a.m. until time of service. In lieu of flowers, the family requests that memorial donations be made to the Shriners Hospital for Children, Tampa, Florida. Careful cremation is under the direction of Chas. E. Davis Funeral Home, Inverness, Florida.