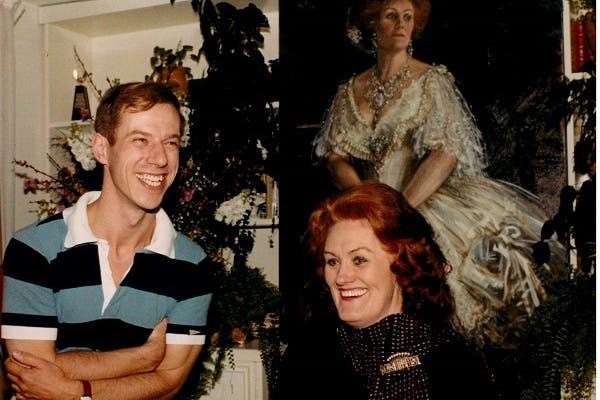 The contents of an artist’s studio who designed the costumes for opera star Dame Joan Sutherland and ballet dancer Rudolf Nureyev sold at auction for a total of more than £52,000.

Michael Stennett, who died aged 74 in 2020, worked in his studio in Yoxford in Suffolk, where he designed costumes and sets and painted portraits, landscapes and still lifes.

Brett Tryner, director of Cheffins in Cambridge – where the collection was auctioned on Thursday, said the results were “a testament to Michael Stennett’s talent as a painter and designer as well as his fantastic collection of works by other artists”.

“Buyers have come from afar, with sales in Australia and across Europe,” he said.

“Michael Stennett was a leading figure in the world of costume design, and this sale provided an opportunity for people to purchase a piece of operatic history.

“Suffolk continues to be an excellent source of art and antiques and at Cheffins we look forward to bringing more fantastic pieces from the county to market at our other upcoming auctions.”

Stennett had worked in partnership with opera houses around the world, including the Metropolitan Opera in New York, the Royal Opera House in London and the Drottningholm Court Theater in Stockholm.

The collection that was auctioned included around 300 paintings and drawings by Stennett, including costume designs for performances from 1967 to 1984, including Australian Opera’s Le Nozze di Figaro, Malmo Ballet’s Swan Lake, Julius Caesar from English National Opera and Werther. of the Royal Opera.

The costume jewelery he made for the role of Dame Glenda in the BBC drama Elizabeth R has been sold to a British private buyer for £800.

The individual lot that fetched the highest sum was a painting by Patrick Procktor, by his friend Mo McDermott, which sold to a commercial buyer in London for £7,500.