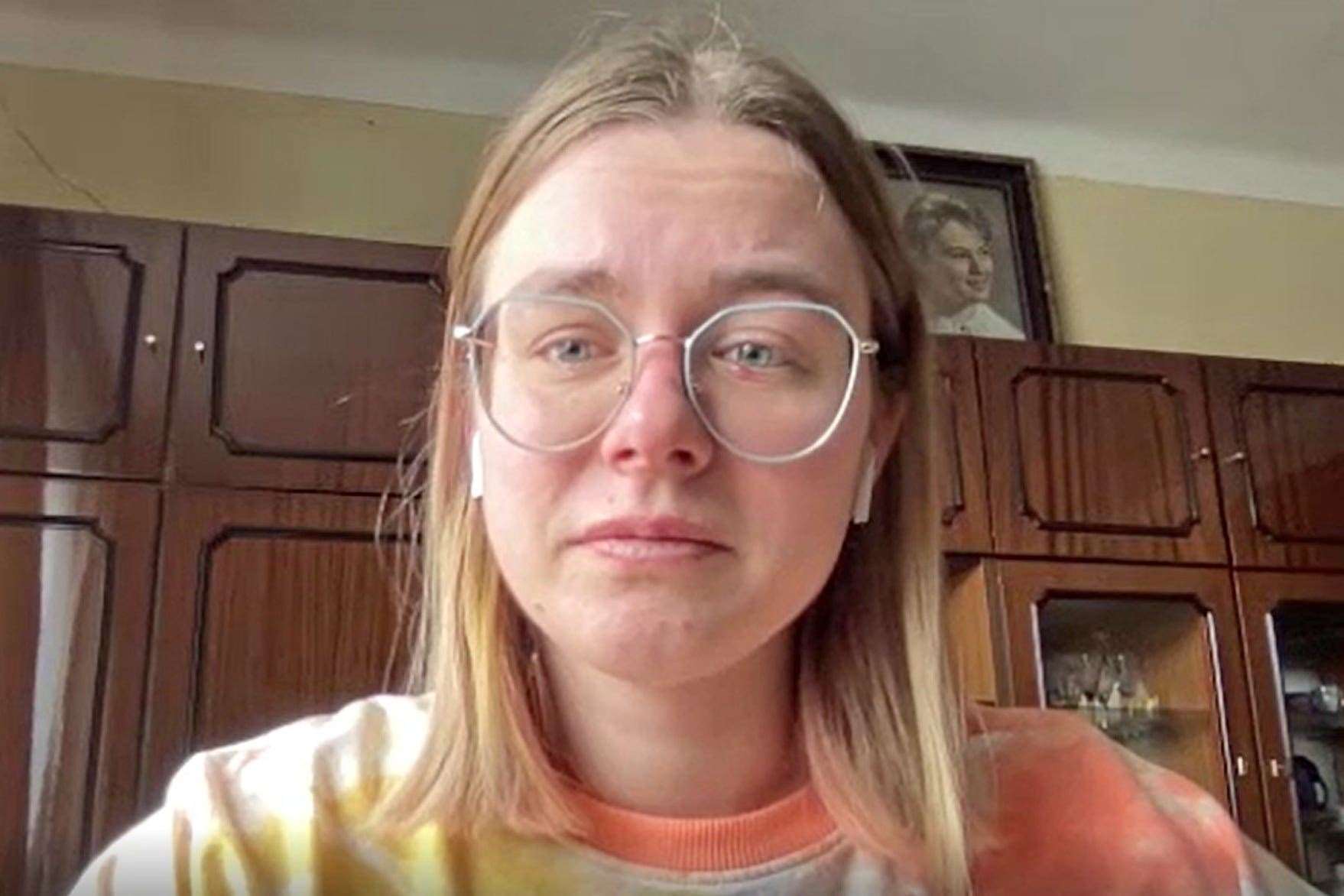 A Ukrainian woman has spoken of the “horror” of seeing photos online of her family home destroyed by Russian shelling days after her parents fled the city of Mariupol.

Mariia Moskalenko, 28, regularly checked a local news channel for updates on her neighborhood and was “shocked” to find her parents’ building had been destroyed.

“It’s so hard to believe this is happening…the Russians are destroying everything,” she told the PA news agency.

“Before the invasion, Mariupol was a very beautiful place.

“There had been a change in local government and a lot of money had been poured into the city to build new parks, new schools and stuff like that.

“It’s our taxes, you know, my money that I worked hard for and that was used to build these houses, these roads, these parks – and now they’re all destroyed.”

Ms Moskalenko escaped the city with her 16-year-old brother on March 3 and was anxiously awaiting news from her parents after failing to convince them to leave their home.

His 50-year-old mother and 55-year-old father finally left Mariupol on March 17 after being ordered to evacuate by Ukrainian soldiers.

“They were so shocked and my dad didn’t want to leave,” Ms Moskalenko said.

“When I first spoke to him he told me he would come back to Mariupol and it was really scary because I thought he might.

“But after a few days, when he had slept without the constant sound of bombs exploding on him, he realized that was not a good idea.

“I think it’s psychological, like a coping mechanism…a lot of men said that when they escaped.”

Ms Moskalenko is still in Ukraine living in a safe house with her younger brother, but could not say where for security reasons.

She said the priority for her family now was finding a place to move, but she had ongoing concerns about safety.

“It’s a challenge – where to try and think where to settle, or at least where to go for now,” she said.

“Because actually, I think moving to Europe might not even be safe enough.

“If Europe does nothing to conquer Russia, why would the Russians stop if they take over Ukraine?

It’s our taxes, you know, my money that I worked hard for and built these houses, these roads, these parks – and now they’re all destroyed

Conditions are brutal for those still in Mariupol with electricity, water and food supplies cut off as well as communication with the outside world.

Russian President Vladimir Putin’s forces are increasingly focusing their air power and artillery on the city and the civilians who live there.

However, Ms Moskalenko said that despite this, many of her friends remained in her hometown to fight.

“They just don’t want to lose their home and I get that, I feel that,” she said.

“I know many people who are still fighting on different fronts, as soldiers, defenders of the territory, volunteers, journalists, etc.

“I still don’t want to leave Ukraine because I don’t even want to believe that we are going to lose.

“And I think we will continue because we don’t want to lose our home, our community, our connection to what we have.”