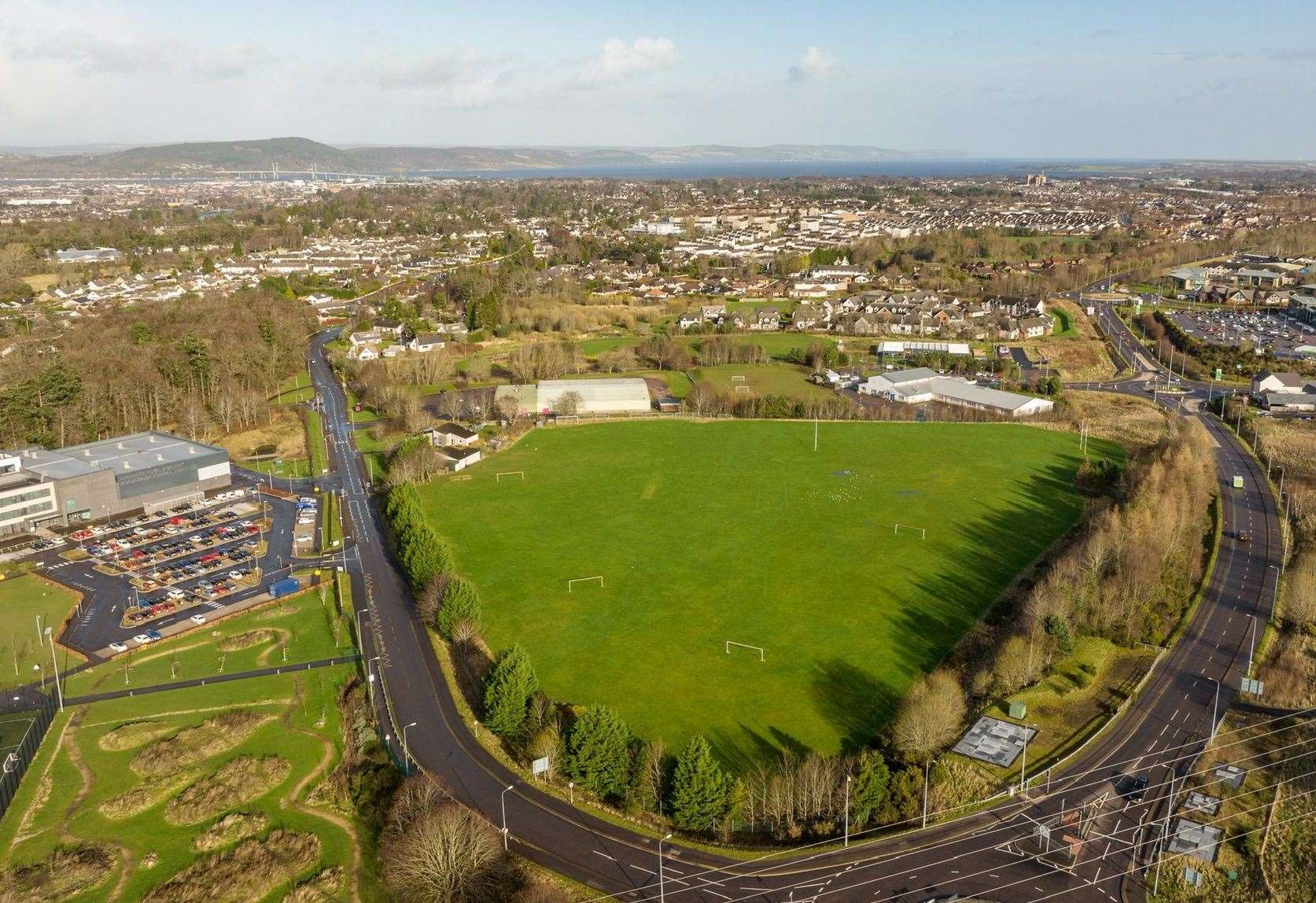 Ambitious moves are underway to create a £1-2million ‘breakthrough’ mecca for women’s and community football in the Highlands.

Caley Thistle is in advanced talks with Highland Council to secure a 50- or 99-year lease of eight acres of disused playgrounds next to Inverness Royal Academy.

There, the Scottish Championship club would seek funding to build a state-of-the-art base for the women’s team and the charity ICTFC Community Trust.

In what is believed to be a unique development for Scottish women’s football, the complex would serve as a dedicated home ground for club SWF Championship North.

Even Scotland’s most successful women’s club of all time, Glasgow City, are borrowing their ‘home’ ground, Petershill Park, from a junior men’s team, while sharing with the women of Partick Thistle.

The complex would feature at least one, if not two, enclosed grass ‘show’ pitches the same size as the surface area of ​​Glasgow’s Hampden Park.

There would be offices and locker rooms and a number of seven-on-seven surfaces.

The complex would also serve the Women’s Under-18 and Development teams, as well as the newly created ICT Girls’ Academy, created after the recent collapse of Thistle Girls FC, comprising 145 youngsters aged 5-16.

Further widening its appeal, the currently homeless amateur team Inverness Athletic of the North Caledonian League would be allocated a permanent home ground.

Boys under 18 from Caley Thistle – but not the first men’s team which will continue to train at Fort George – would be allowed to use the facility, while ICT community offerings such as foot football, form for Alzheimer’s fans and activities would be relocated.

Once established in different phases of investment, it is estimated that tens of thousands of local and amateur footballers of all levels could benefit from free or rental access each year.

There are currently only half a dozen grass pitches available for rent in the city.

But using community trust as a vehicle, funding would be sought from a host of sources including sportscotland, the UK government’s department for digital, culture, media and sport, the national lottery, sponsorship from corporate and other Scottish and UK government sources, including a new flooded ground fund.

The largest expense would involve major drainage works to alleviate flooding problems and replace topsoil to modern standards on playgrounds created in the 1970s.

The club’s chief executive, Scot Gardiner, when contacted by the Courier, was reluctant to say too much about the project, describing the talks as being at a sensitive stage.

He has already spoken to parents at the girls’ academy and the parents’ council at Inverness Royal Academy to outline his club’s ambitions.

But he confirmed he hoped “exciting and game-changing” proposals could be made given the many shows of support he and sporting director John Robertson had received from public agencies and politicians.

“The club, as it has shown by stepping in to revive Thistle Girls in the new ICT girls’ academy, wants to be a pillar of this community, a truly positive force for good in the city,” Mr Gardiner said. .

“To that end, we are exploring a project that John Robertson and I believe would be a game-changer for women’s football, for our academies and for our entire community.

“The Highland Council has been pragmatic but supportive. We look forward to continuing to work with them to achieve what would be a truly exciting development for the sport in Inverness and the Highlands.

If carried out, the project would also see the restoration of the former Royal Academy athletics track in Inverness.

It is understood that Caley Thistle hopes to be able to reach an agreement and sign the proposal by June this year.