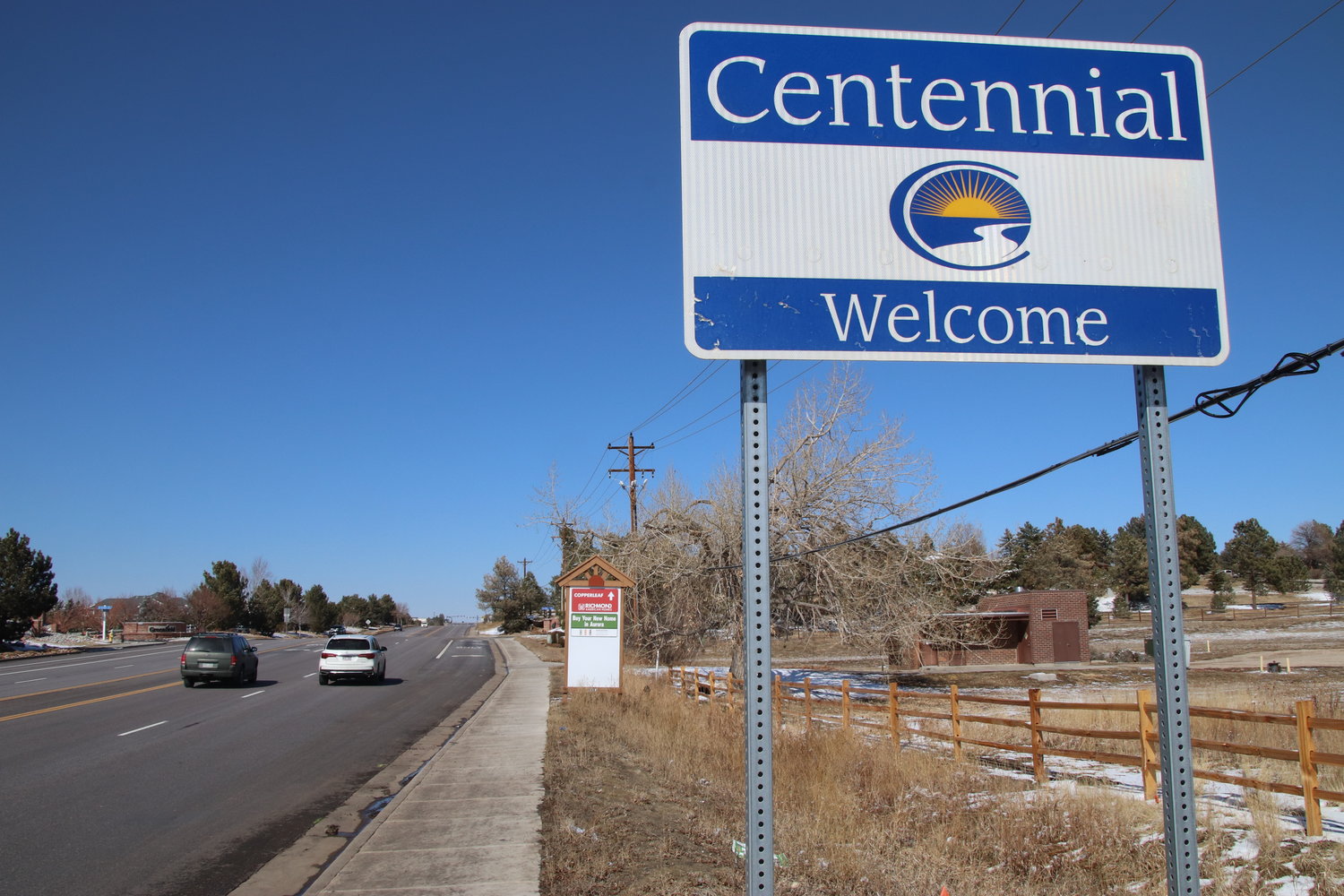 When drivers drive through the South Denver metro area, it can be hard for them to tell when they’re in Centennial and when they’re not: Centennial’s boundaries twist and weave across much of the city , creating a complex map.

While traveling through Arapahoe Road, residents might ask: Is this part of Greenwood Village? Is it Aurora? Is it Centennial? None of the above?

Residents might be surprised to find that Centennial’s map had even more holes. The city government has acted to annex more land within its boundaries over many years since 2001 when Centennial was legally established as a city.

In 2000, 77% of the approximately 28,000 voters in what is now Centennial chose to create the city, forming a government more directly accountable to them. Prior to this, residents had to rely on the Arapahoe County government, as the area was unincorporated.

Large areas of unincorporated land lie adjacent to Centennial’s boundaries. As a city, Centennial has the power to annex this land in some cases, expanding the city’s borders.

When a city annexes land, it must provide services such as law enforcement, road maintenance, and other city functions to that area. The land also becomes governed by municipal ordinances or municipal laws.

Depending on the type of land a city annexes, the city may gain tax revenue – although there may be other benefits to annexation as well.

Centennial recently completed an annexation at the intersection of Potomac Street and Broncos Parkway in the central Centennial area, midway between Interstate 25 and Parker Road.

Eventually, Centennial could continue to expand its borders if city officials decide. Here’s a look at which areas are still unincorporated, if that might change, and how annexation works.

Where are the gaps?

Type “Centennial” on an internet search map, and the tag “Dove Valley” might appear south of the central Centennial region.

Dove Valley, an area with lots of vacant land, is generally south of Arapahoe Road and east of Centennial Airport. Much of Dove Valley is unincorporated.

Together with the unincorporated commercial corridor of Inverness Park – the area roughly between I-25 and Centennial Airport and between Geddes Avenue and the E-470 Turnpike – Dove Valley forms the one of the big gaps in Centennial’s map.

Other large holes include unincorporated areas near Smoky Hill Road in the East Centennial area.

Learn how nearby towns border Centennial — and which areas are unincorporated — on the map of the department here.

See a map that shows centenary annexations over time here.

Why do cities annex land?

When a city expands its borders, a few changes occur.

Depending on the type of land the city annexes, the city may receive more sales tax revenue, as well as a type of revenue called building use tax for new developments that may occur on that location, depending a spokesperson for the Centenary.

But the effects of annexation can also be broader.

“Annexation can provide a variety of benefits to the city, including revenue, control over identity (and) land use,” said Centennial spokesperson Allison Wittern.

It’s a reference to how zoning — a city’s rules for what can be built where — comes into play.

Pulling properties within Centennial boundaries and city zoning can promote the “character of the area, allowing compatible (land) uses and structures that will create employment opportunities” in Centennial, according to a previous staff report. from the city. In other words, annexation allows a city to have a say in how buildings are developed.

Benefits to the city can also include “boundary consistency,” Wittern said.

“Landlords and businesses often have a clear idea of ​​the jurisdiction they are in due to property-specific taxes,” Wittern said. “Unless municipal and county boundaries are painted on the ground, it is often difficult for the public to know when they are moving between jurisdictions.”

She added: “The city is exploring how to strengthen and establish our unique identity.”

Historically, city officials have been mindful of how people perceive Centennial’s identity, a conversation that has in part focused on efforts such as signage that can make it easier to know when someone is at Centennial.

Some unincorporated land near Centennial includes residential areas that more often than not “do not generate significant new revenue” for the city when annexed, Wittern said in 2019.

The amount of revenue from an annexation could add significance, because a city incurs costs when annexing land – it must provide road maintenance and other municipal services in that area.

But it’s difficult to determine the exact revenue generated by annexing a residential area, Wittern said in February.

“Undeveloped land can generate permit and building fees for the city and some tax authorities. New development also brings new residents and consumer activity to an area,” Wittern said.

She added: “Established residential areas also generate direct and indirect revenue for the city and tax authorities. With taxation of online purchases becoming almost ubiquitous, the formula of residential income versus the cost of providing services could change.

In many cases, annexing areas near Centennial within the city limits would require landlords to apply.

A big exception: the unincorporated neighborhoods of Tuscany and Siena near Smoky Hill and Tower roads in the Centennial East Zone.

Years ago, the city annexed various properties near the neighborhoods of Tuscany and Siena, creating an “enclave,” according to Wittern. Enclaves are unincorporated areas surrounded by municipal land.

Annexing enclaves is a simpler process than annexing other land – it does not require approval from owners.

Enclaves are eligible for annexation after three years of being an enclave, according to previous reports from city staff.

Although the Tuscany and Siena region is an enclave that Centennial might decide to annex, the city has not taken this step.

“The city has not recently engaged the neighborhoods of Tuscany and Siena to discuss annexation,” said Neil Marciniak, Centennial’s director of economic development.

For residents, the possibility of being annexed could raise fears of paying more taxes.

When it comes to property taxes, the difference between living in unincorporated Arapahoe County and living in Centennial is negligible, the city told the Centennial Citizen in the past.

The county still collects its general property tax from annexed land, but homeowners don’t see much of a change, Wittern said.

“The net effect on a homeowner is negligible,” Wittern said in 2019. For example, the difference between Arapahoe County law enforcement tax and city property tax was less than an additional $1. per year for a residential property with an assessment of $500,000, Witter said in 2019.

Generally, other annexations “require the initiation and consent of the owner,” Wittern said.

Some of the areas on the city map that may appear to be enclaves are partially surrounded by rights of way or streets, which do not create an enclave, Wittern said.

where the city could go

In 2019, Centennial enacted what it calls the “Inova III” annexation along Easter Avenue near Peoria Street in the Centennial Central District. The city is working on updating the boundary map on its website to include recent annexations, Marciniak said.

When asked if the city is pursuing or planning any annexations in the Inverness trade corridor; The Arapahoe County Farm Residential Area, which lies roughly between Arapahoe and Orchard Roads in the East Centennial Area; or the land that is east of Greenwood Village, north of Centennial, south of Belleview Avenue and west of Peoria Street, Marciniak said, “Not at this time.”

When asked if the city was pursuing or planning to annex any of the Dove Valley areas or any of the other lands between the southern Arapahoe County line and the Centennial City limits between I-25 and Parker Road, Marciniak confirmed that the city is pursuing some sort of annexation in that area.