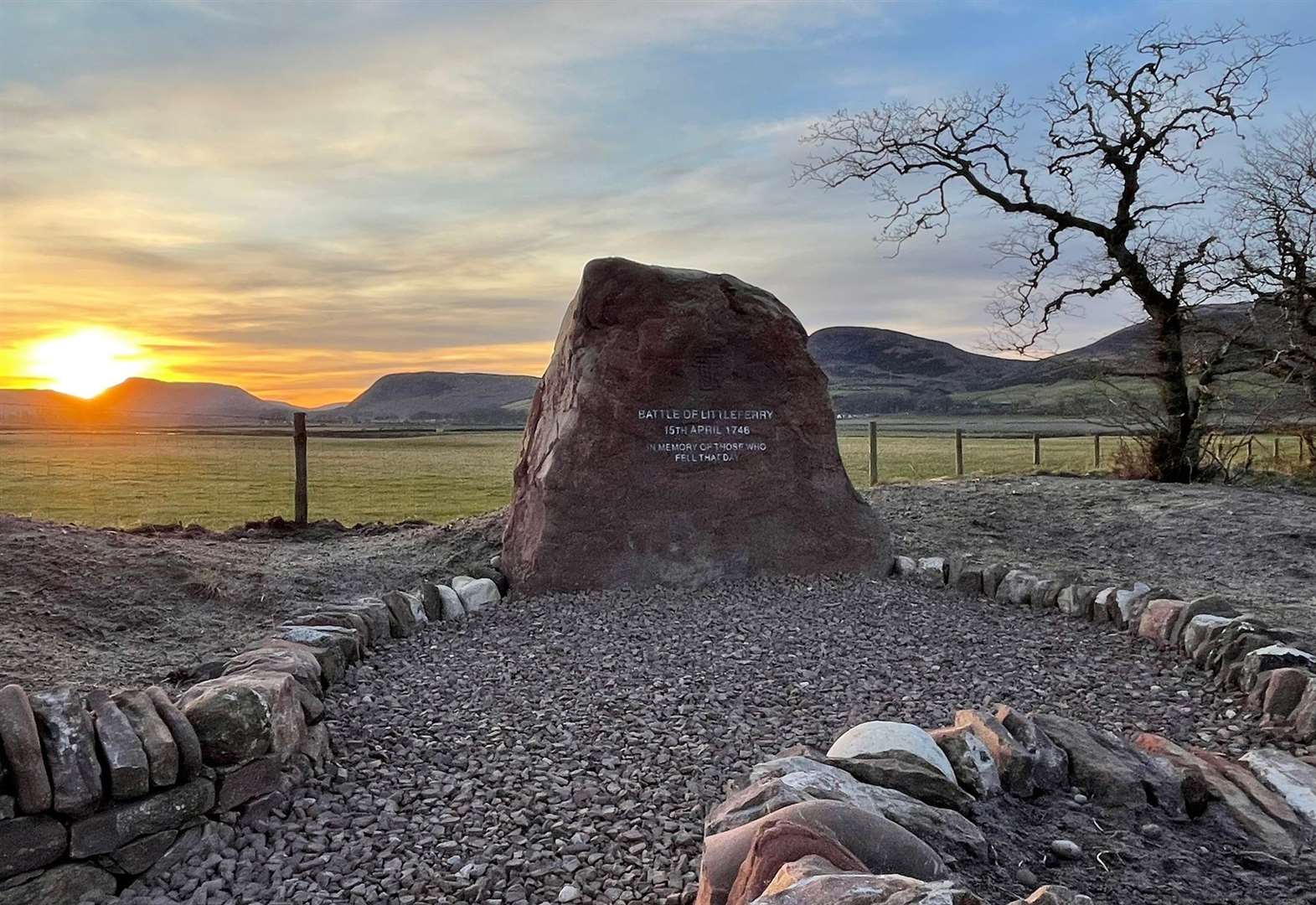 Ahead of the commemorations of the Battle of Littleferry which will take place in Golspie on April 15, Patrick Marriott gives this gripping account of the 1746 clash.

The weather at the end of March 1746 was shockingly cold, sleet showers and a cutting wind. The weather was not good for the soldier.

Cromartie’s regiment of Jacobites had occupied Dunrobin Castle on 20 March. They were maybe around 300 to 500 men and accompanied by other groups of men, but they were all tired and morale was not high.

The 3rd Earl of Cromartie was not a natural leader and his officers, largely Mackenzie, had limited military experience. Many simply wanted to go home.

They had been accompanied north by the Duke of Perth’s regiment but departed south on 22 March, leaving Prince Charles’ northern flank secured by the Earl of Cromartie’s forces alone.

The former had some experience and training, but the latter, brought up and loyal to the 17th Earl of Sutherland, had almost none. There was a great deal of uncertainty between the companies, although they were all clear that their mission was to guard the Cromartie Regiment in the north.

Between late March and mid-April Cromartie’s regiment searched the government companies and there were occasional skirmishes. Between 24 and 26 March the Battle of Tongue took place and a Jacobite ship was taken in the Kyle of Tongue by HMS Sheerness and the two companies of reservists.

The tempers on both sides became more and more frayed. Jacobites grew increasingly frustrated when attempts to negotiate with the disparate businesses failed. Some houses were set on fire, livestock were taken and patrols exchanged gunfire.

The scattered companies of government militia were supplied by careful subterfuge, including, apparently, by ladies bringing them ammunition “under their hoop petticoats”.

Three militia companies were loosely grouped around Rogart, Lairg and Strath Brora. A company of militia headed north and missed the Battle of Littleferry. The two companies of reservists also remained in the north, although a number of officers and men came to the south, adding much-needed leadership and military skills.

Critically, the three militia companies that will fight at Littleferry have developed a superb network of spies. Locally raised, they were in friendly territory. There was little the Jacobites could do that the militia did not quickly learn.

Around April 14, Prince Charles ordered his regiments back to Inverness. The Duke of Cumberland and his army were advancing north and it was clear that battle was about to begin.

Elements of Cromartie’s force left and it was decided to head south at dawn on 15 April. This information soon reached the militia in the hills and a ‘council’ was held on the evening of 14 April at the head of Loch Brora.

A few were on their way home, but messages arrived overnight saying it was now or never for an attack. Runners were sent out with orders to assemble the men with or without their arms, and the order was given to march at dawn (Miss Kathleen Lyon – unpublished notes).

For reasons that may never become entirely clear, Cromartie sent the companies early on April 15, but held back the officers. It was a fatal mistake. An advance detachment of ‘Golspie’ Company ambushed near St Andrew’s Church at Golspie and the first shots of the Battle of Littleferry were fired.

Cromartie and his officers retreated to Dunrobin Castle where they were surrounded – critically they were now separated from their men.

But the shots were heard by some in the rear of Cromartie’s column and fighting developed between them and elements of ‘Golspie’ company which were increasingly reinforced by locals – some armed with scythes. An ongoing shootout has developed.

A few Jacobites tried unsuccessfully to flee in boats taken from shore at Fishertown, south of Golspie.

Soon enough Cromartie’s column, now fragmented and leaderless, began to descend the Ferry Road towards Littleferry – now perhaps as much to escape as to join Prince Charles.

On the hills above Culmailly, and overlooking the moor and Ferry Road, “Clyne” Company and “Dornoch, Creich and Lairg” Company were ready, but they were terribly outnumbered, tired and scared.

The two companies split into three “divisions” to make their strength appear larger than it actually was and a rapid advance began.

On Ferry Road there was growing confusion and it is likely that the new attacking force achieved an element of surprise. This was Littleferry’s “decisive act”.

Within minutes Cromartie’s regiment broke and fled towards Littleferry. There were fights all along Ferry Road. In Littleferry, it was chaos.

A brief stand was bravely made, however, and volleys were fired. Some sought to escape across the canal but most of them were cut down by fire or drowned before, outflanked and surrounded, the Jacobites surrendered.

That evening, by a clever ruse, the Earl of Cromartie was compelled to go to Dunrobin Castle.

Expresses were sent to Cromartie for Royal Navy ships to extract the nearly 180 prisoners. And, around the same time that Culloden’s first gunshots were fired on the afternoon of April 16, 1746, HMS Hawk arrived off Dunrobin Castle and the first Jacobite prisoners embarked. The following day, HMS Hound arrived, carrying the remaining prisoners to their desperate and tragic fate.

The Battle of Littleferry was over.