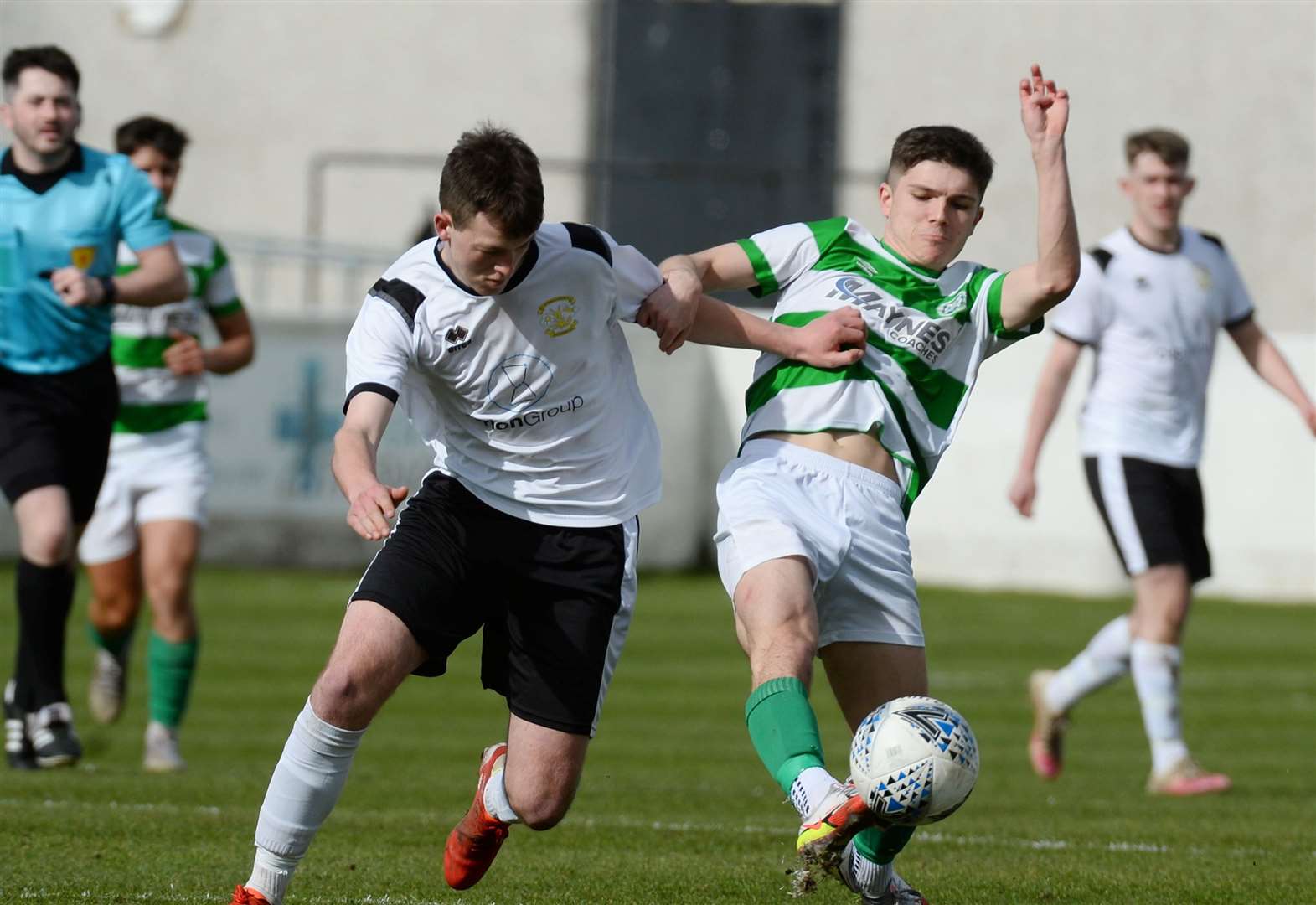 CLACHNACUDDIN ended the Highland League campaign with a loss to Buckie Thistle and missed the finish in the first half for the first time in nine years.

However, it wasn’t enough for Buckie Thistle to finish top as Fraserburgh beat Forres Mechanics 5-0 to be crowned champions.

The score at Grant Street Park was scoreless at half-time despite Clachnacuddin having two fine chances to take the lead.

Connor Bunce beat the offside trap and was clean on goal with only the keeper to beat, but exploded over the bar.

Lewis Mackenzie ran down a road an upward punt and managed to pass goaltender Kevin Main, but ended up hitting the side netting.

Clach keeper Martin Mackinnon pulled off a wonderful save from Scott Adams from close range to keep the scoreboard clean at half-time.

But Buckie Thistle took the lead 10 minutes into the second half as Adams connected with a cross from the left wing to fire from 12 yards.

The visitors took control of the game and doubled their advantage on the hour mark when Andrew MacAskill pounced on the rebound from Mackinnon’s save from Kevin Fraser to fire from eight yards.

A penalty was awarded midway through the second half when Ben Cormack was ruled for fouling Kyle Macleod in the box.

MacAskill then sent Mackinnon the wrong way from the spot to make it 3-0.

Clachnacuddin grabbed a consolation late in the game when Robbie Thompson, on loan from Caley Thistle, charged into the box and fired a low kick past Main from 12 yards out.

The Highland League table is available by clicking here