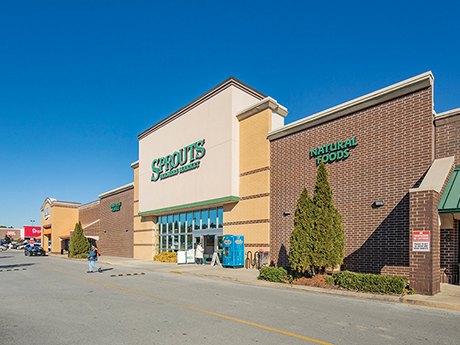 Like many Sun Belt markets, Birmingham’s economy has remained relatively resilient through the emergence of the COVID-19 pandemic. Despite its share of small business and restaurant closures, rental activity has returned to normal and landlords continue to see steadily rising rental rates – up 3.1% over the past 12 months – as tenant demand continues to be robust.

As Americans return to what the new normal is supposed to be and retail conditions continue to rebound, Birmingham is poised and ready to claim its place in the hierarchy of the South’s booming retail markets.

During the retail renaissance of the last 12 to 15 months, development has accelerated across MSA Birmingham, fueled mainly by bespoke construction projects for established chains in markets rapidly expanding suburban market like Hoover. Stadium Trace Village, a master-planned mixed-use development on Interstate 459 and Ala. Highway 150 was one of MSA’s most recent projects.

While part of the project, which was built by MAP Development, traded last year for $13.9 million, other additions are on the way in the form of a national hotel chain and an amphitheater with 1,000 seats. The site’s retailers and restaurants, including Aldi, Chipotle, LongHorn and Big Whiskey’s, saw strong sales despite the pandemic.

In Gardendale, across from the Publix and Walmart at Interstate 65 and Fieldstown Road, a new development is underway, led by Preferred Growth Properties and expected to include several national restaurant chains. To the northeast of Birmingham, Trussville is set for a major city center revitalization with a new entertainment district, restaurants, retail and potentially a brewery.

And at Highways 119 and 280, multi-family and retail development remains extremely active, around Publix in Tattersall Park.

In the affluent enclave of Mountain Brook, Phase II of the popular Lane Parke mixed-use development is nearing completion. Already home to some of Birmingham’s busiest shops and restaurants, Phase II will welcome Jeni’s Splendid Ice Cream, Ignite Cycle and several other tenants yet to be announced.

In recent years, the majority of Birmingham’s development has focused, and continues to focus, on its urban core, which is home to the city’s largest employer, the University of Alabama at Birmingham (UAB) and the UAB medical system. More than 4,000 apartments and condominiums have been built along with landmark buildings like 20 Midtown, home to the only Publix downtown.

Building on the success of 20 Midtown, development continues to expand along the adjacent Rotary Trail, highlighted by the redevelopment of the Powell Steam Plant site, which has just announced the addition of a 50,000 square foot Alamo Drafthouse theater with an additional 36,000 square feet. available for catering and retail.

Entertainment and restaurants continue to drive the development of Birmingham city centre, hoping to accommodate the influx of students and young talent (over 23,000 staff) associated with UAB University Hospital, the UAB Women and Infants Center, Children’s International, and Proton International at UAB, which is the state’s premier proton therapy center.

Even last year, Birmingham saw several notable deals, including the sale of the Publix-anchored Lakeshore Pavilion for $21.7 million, the Publix-anchored stores at Tattersall Park for $18.3 million, Crossings of Hoover anchored to GBT Realty for $10.5 million and Homestead Village – anchored by Aldi, HomeGoods, Ulta Beauty and Petco – for $25.5 million.

As private equity continues to shift from less business-friendly parts of the United States to the Southeast, and investors in the industrial and multi-family sectors allocate more money to retail, markets like Birmingham, Chattanooga, Huntsville and Greenville are uniquely positioned to benefit, potentially like never before.