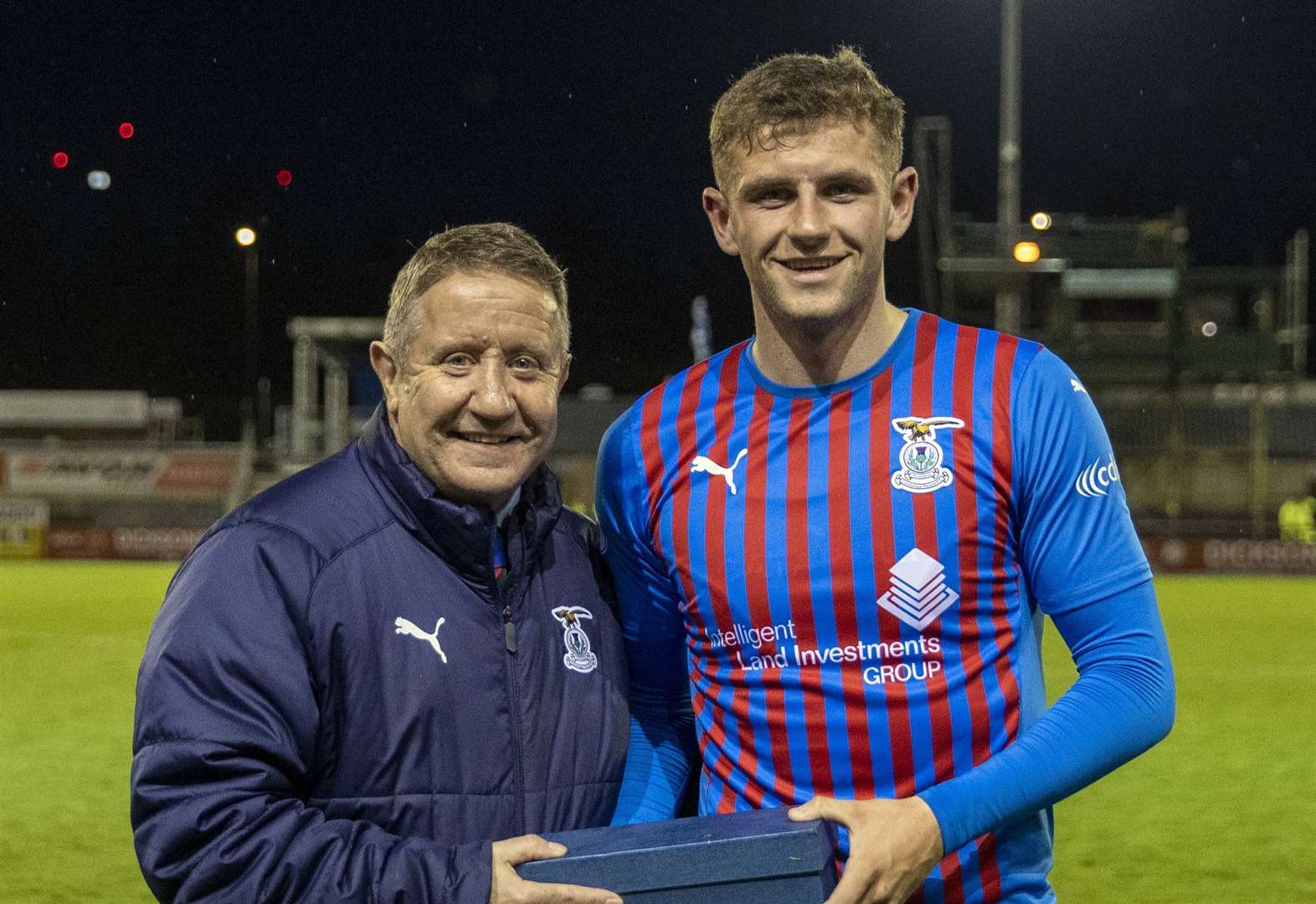 Reece McAlear says he found his goalscoring touch while on loan at Inverness Caledonian Thistle.

The midfielder was the big winner of the club’s end-of-season awards as he picked up three gongs.

He was named Young Player of the Year by players and fans, as well as the Goal of the Season award for his goal against Dunfermline in March.

McAlear, on loan from Norwich City, was delighted with his awards hat-trick and also contributing in front of goal.

“It’s not just an individual award for me – everyone played a role and helped me get the awards,” he said.

“The fans vote on what they see on the pitch, while the players see you off the pitch as well. I’m grateful to both of you. I just hope the fans continue to support us throughout the season.

“I would like to say that this loan period
helped me add goals to my game, decent goals. I just have to keep doing what I’m doing and improving, scoring and assisting and hopefully keep helping the team.

McAlear has one more goal to accomplish with ICT this season: promotion to the Premiership.

After finishing third, Inverness have to go through the play-offs, starting with Partick Thistle tonight, and McAlear is optimistic about Caley Thistle’s chances.

“It’s about unity – everyone has to be ready to step up and make an impact,” he added.

“It’s a new start for everyone after a difficult period from Christmas to March. It’s in the past, we can’t change it. We are in a good position at the moment, maybe to get into the Premiership, but we have to go game by game.