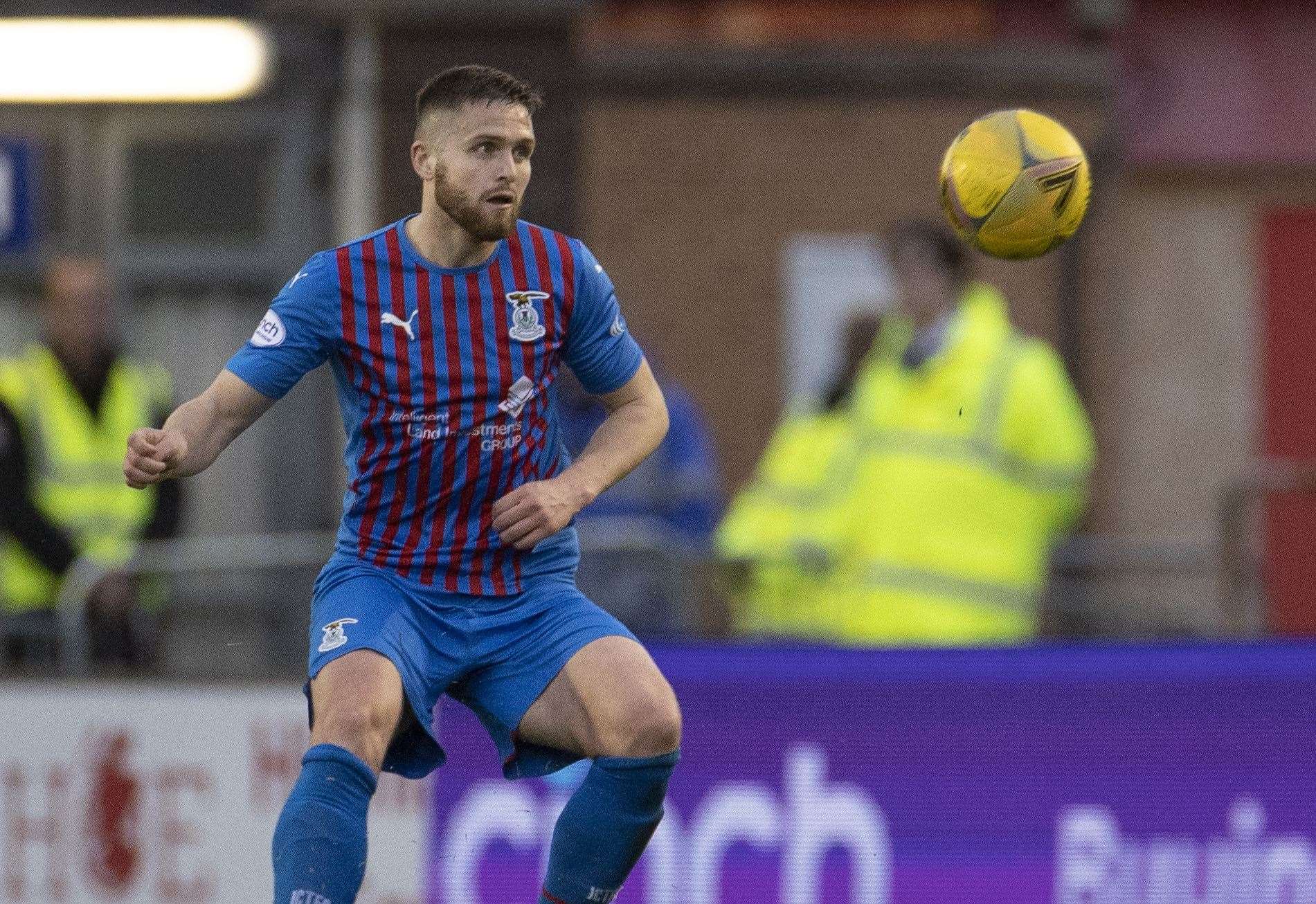 Danny Devine says he intends to make the Inverness Caledonian Thistle squad next season – and believes they can do better in their quest for promotion.

Devine played 82 minutes as Caley Thistle lost 4-0 in the second leg of the play-off final at St Johnstone on Monday night, with ICT seeing their dream of top-flight football slip away for another season.

Question marks remain over how Inverness will shape up next season – with Kirk Broadfoot announcing he will leave the club this summer, more players out of contract and three loans coming due.

Devine is one of those players whose contract is due to expire this summer, but he revealed after the full-time whistle in Perth that an extension was imminent.

“I have an extension which I am discussing with the club,” he said.

“Hopefully we sort this all out in the next few days and then we can look forward to next season.

“It’s tough right now after losing, but we have to look at the positives from the last six games and how well we’ve done.

“We looked down and out at times – at Arbroath, scoring a goal in Partick Thistle’s opener – but the team showed character to come back.

“If we show that same character and that same desire again next year, with a bit more quality, then hopefully we do next year.”

A disappointing evening in Perth

The loss to St Johnstone will sting for some time as the Caley Jags take a break for the off-season.

Devine was left behind by the quick nature of the Perth side’s opening two goals, both of which came within 10 minutes of the second half kicking off.

“We had a great chance going into this game, and in the end it didn’t work out for us.

“I thought in the first half we gave a very good image of ourselves and maybe we could have scored a few.

“The first goal we lost was sloppy, maybe a bit lucky, and the second goal kills us.

“They scored the first goal, and the second came pretty soon after.

“It was a huge chance for them, and we didn’t have time to react – so they won the game.

“It obviously gave them a boost and gave the crowd a boost, and we fought against that after that.

“The boys have made a brilliant change, playing a lot of games in such a short time, but that doesn’t take away from the fact that we are very disappointed.”

A game too far?

Had Inverness managed to secure a win, they would have made history as the first team to finish third or fourth in the Championship to gain promotion through the play-offs.

It’s been a bumpy ride for Caley Thistle, who has played six games in just over three weeks in the playoffs, and they’ve faced their fair share of trials and tribulations.

Injuries to Tom Walsh and Shane Sutherland hampered selection, as did suspensions for Devine himself and Wallace Duffy for the first leg of the final.

Adversity wasn’t hard to come by on the pitch either, with an unlikely penalty shoot-out triumph over Arbroath briefly reduced to eight men followed by a 2-0 comeback against St Johnstone in the first leg of the final.

None of this, however, shook ICT’s confidence heading into the second leg, with the team believing they could pull off an unlikely promotion until the end.

“I think the result probably indicates it was (one game too far), but we were more than confident going into the game,” Devine added.

“We were ready, and I think the first half showed that. We gave a very good image of ourselves and maybe we could have taken the lead at half time.

“That first goal was crucial, and in the end they got it.

“It’s football. It’s a tough question, but the boys kept going until the end.”