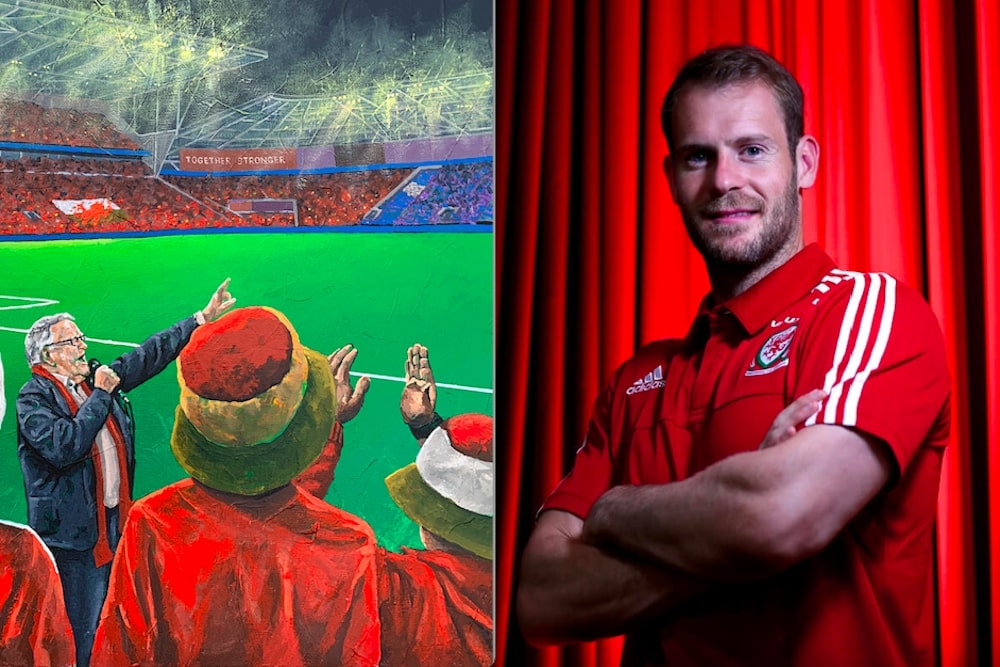 The recently retired stopper, who was a member of Wales’ Euro 2016 squad, is also a notable artist – famous for his paintings, many of which depict memorable moments in Welsh football history.

In his last painting, Owain dedicates his work to Dafydd Iwan whom he describes as one of his heroes.

Prints of the painting and many other Welsh football themed artworks can be purchased from his website.

As the big game approaches, it’s my painting and it’s a tribute to one of my heroes.

The former professional footballer who played for Stockport County, Tranmere Rovers, Inverness Caledonian Thistle and Dunfermline Athletic and is currently the USL League One goalkeeping coach for Northern Colorado Hailstorm FC, has always had a passion for the art.
​
“I used to draw and color my favorite goalie gloves when I was a kid, then growing up I started more complex pieces using different mediums,” he said. “When I paint, it’s an escape from the daily demands of being a footballer. I’m able to clear my mind and step into my own world for a while…often hours.

“Having left home at the age of 16, art has kept me in touch with the culture and history of my home, Dyffryn Nantlle, Wales.
​
“I am inspired by the generations of my family who worked in the hardships of slate quarries and their bond of brotherhood which created a community. I am proud of my Welsh roots and identity and hope that my pride is reflected in my work.
​
To view and purchase Owain’s work, visit his official website HERE