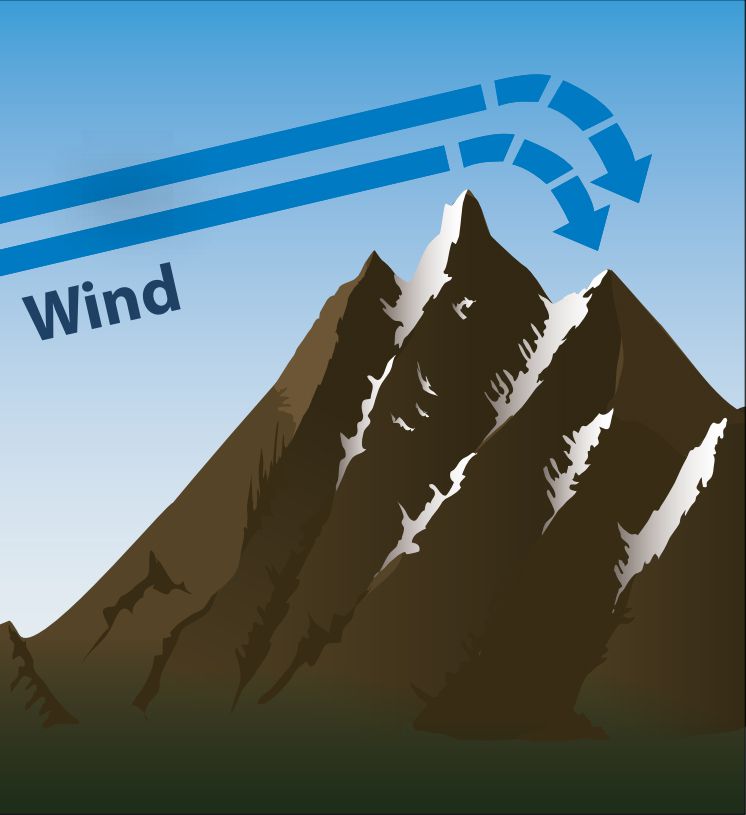 A close friend of mine, also a pilot, likes to fly low enough to see various ground features, as a long cross-country flight in IMC not only bores him, but can apparently elevate all anxieties. I understand and I always take advantage of this view when I can. But I also agree with the maxim expressed on one of those humorous “rules of the air” plaques that pilots often sell as gifts to hang on the wall. The “rule” that applies here is the warning to stay “in mid-air” and not to get too close to its edges.

In this case, “edges” can refer to terrain and structures, where collisions may occur, but also to the limits of the aircraft’s performance envelope. At first glance, the “rule” is nonsense, but when you think about it a bit more, it’s not a bad way to fly an aircraft. Staying away from things that can bite us is good policy.

This is therefore the case when we might be tempted to fly close to the terrain during other take-offs and landings. The accident record is littered with stories of pilots who thought buzzing a girlfriend’s house or flying under a bridge was a good idea, to the point where it wasn’t. The trick is that even a relatively slow plane is usually faster than the car we drove to the airport, and flying low and/or close to objects rewards us with a sense of speed that we rarely experience in a car and which is not present at altitude. Getting up close to objects or terrain features and observing them from the air is something non-pilots can’t do, and for many it’s one of the reasons they fly.

It goes without saying, however, that the closer we get to objects or stationary terrain, the riskier the operation. There’s a reason we practice take-offs and landings, and it’s not just about being able to use the plane again. Here’s an admittedly extreme example of what can happen as we get closer to the pitch.

On January 25, 2019, at 2:59 p.m. PT, a Rockwell International Commander 112A was destroyed when it impacted terrain near the summit of Mount Hood, Oregon. The solo private pilot (male, 63) was fatally injured. Visual conditions prevailed at nearby observation sites.

Thanks to his frequent impromptu flights, the pilot’s wife did not report him missing for two days. Using cell phone forensics and an ELT signal, the wreckage was located on the eastern slopes of Mount Hood four days after the crash. Due to the nature of the accident site and the threat of avalanches, a detailed on-site examination could not be carried out. The plane was never recovered.

Radar data indicates that the aircraft approached Mount Hood from the north at a reported Mode C altitude of approximately 10,000 feet MSL. It then followed a six-mile-wide counter-clockwise orbit around the 11,239-foot summit. The plane then began to approach the summit as it rolled on a westerly heading, turned north for a minute, then turned back west, continuing the orbit. By this time it had reached its highest elevation of 11,900 feet, about 1.5 miles north of the summit of Mount Hood.

The aircraft’s path around the mountain passed about 1500 feet from the summit horizontally as it passed to the west. When it reached the south face, it began to descend rapidly, with the last two radar targets indicating a vertical speed of about 2500 fpm. The last radar target was recorded at 1459:09 at 9600 feet MSL, approximately 400 feet northwest of the point of impact.

Upper winds forecast for Portland, Oregon, about 47 miles northwest of the crash site, projected a northerly flow; 31 knots at 9,000 feet MSL and 34 knots at 12,000 feet.

A more detailed analysis – a simulation of the Weather Research and Forecasting (WRF) model – indicated a rapid change in wind speeds near the crash site, with speeds ranging from 20 knots to 48 knots over one kilometer . Vertical speed data indicated that when the aircraft made its first pass south of Mount Hood, the flight path was in a location of updrafts between 100 and 300 fpm. By the time the aircraft made its second pass closer to the south, the flight path was in a location with downdrafts above 2000 fpm.

Further analysis revealed that around the time of the crash, updraft and downdraft conditions were rapidly changing between 8,500 and 14,500 feet directly above and within two kilometers horizontally of Mount Hood.

At its maximum gross weight of 2650 lbs. and with the landing gear and flaps retracted, the rate of climb from 112 to 12,000 feet MSL with an outside temperature of -4 degrees C would have been approximately 220 fpm.

Toxicology tests revealed levels of oxycodone in the pilot’s blood considered debilitating, as well as the stimulant modafinil, suggesting the pilot was also trying to combat fatigue.

The NTSB determined that the probable cause(s) of this accident included: “The pilot’s decision to fly the aircraft in close proximity to mountainous terrain in an area of ​​mountain wave activity that exceeded performance capabilities from the plane. The pilot’s degraded decision-making and performance due to his use of several sedating and debilitating drugs contributed to the accident.

According to the NTSB, “there was no evidence to suggest the pilot obtained an official weather briefing before the flight. Had he done so, he would have been made aware of the wind conditions aloft, which indicated the likelihood of terrain-induced turbulence near the mountain.

The NTSB added: “Given that several of the implicated drugs sedate or debilitate both individually and in combination, the pilot would most likely have experienced reduced decision-making ability, increased reaction times, and impaired motor skills. Thus, it is likely that the use of these drugs contributed to the accident.

An FAA publication, “Tips on Mountain Flying” (FAA-P-8740-60), published in 1999, is a succinct account of the various factors that mountainous terrain can impose. It summarizes relevant material from other FAA manuals and publications. Here are some highlights related to this accident:

“When the wind speed is above about 25 knots and flows perpendicular to the ridgelines, the airflow can form waves, much like water flowing over rocks in a stream bed. Waves form downwind from the crest line and will consist of very strong updrafts and downdrafts as well as dangerous rotor action below the wave crests. of moisture, lenticular clouds can form to give a visual indication of wave action.

“Wind aloft reports are very important to your mountain flight planning process. You should pay particular attention to forecasts at and above the mountain ridges of the terrain you will be flying over. In the west, this usually means the forecast at 9,000 and 12,000 ft. To the east you will see lighter winds. Winds above 25 knots at these levels should be a warning sign that should make you think about delaying your trip. .

This article originally appeared in the January 2022 issue of Air safety magazine.