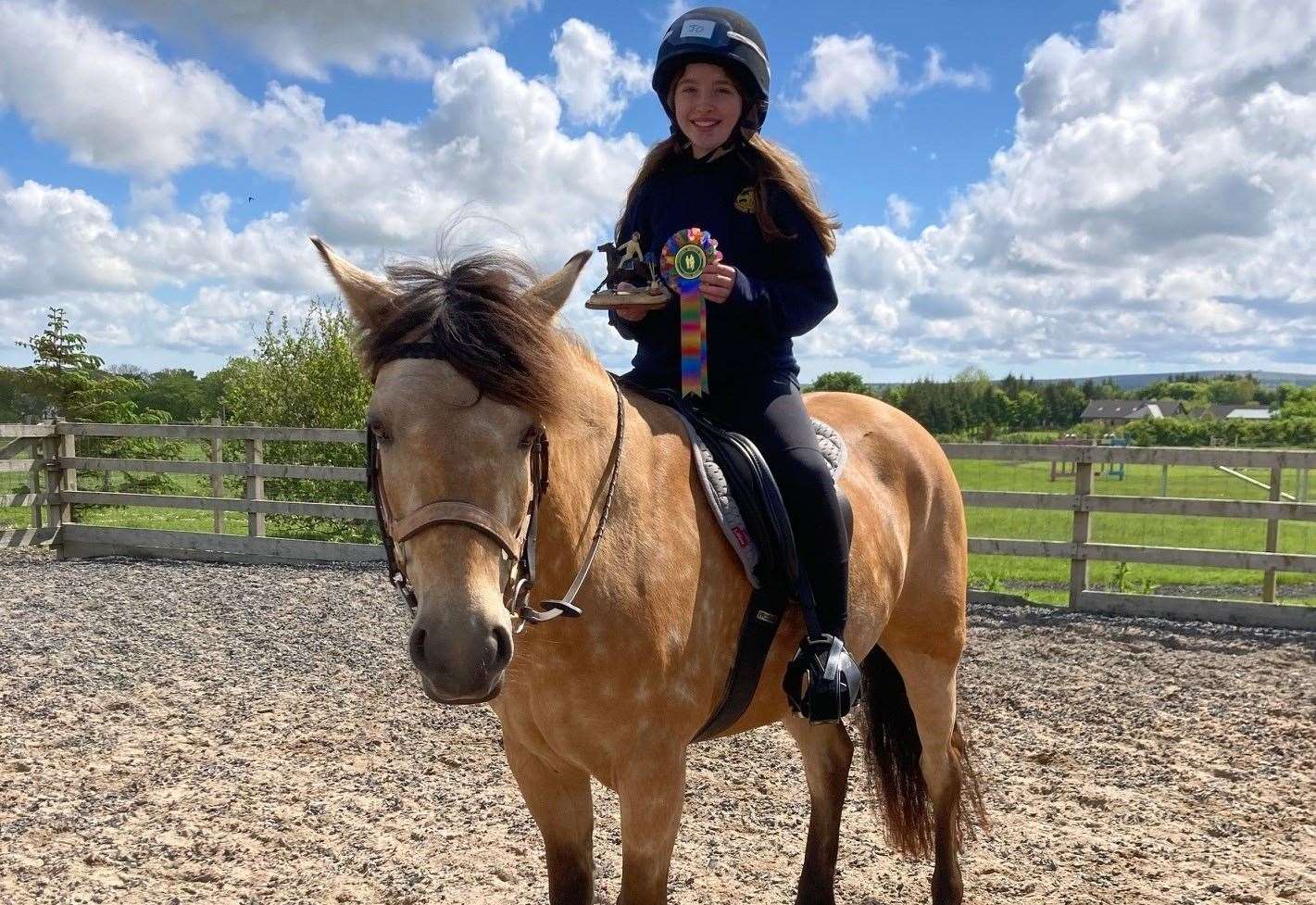 Caithness Riding for the Disabled Association (RDA) recently held their annual summer show at the Indoor Riding Center in Halkirk.

Due to inclement weather, activities remained indoors that day, however, the band managed a few sessions outdoors at Maggie’s Way this term.

Wren has been a former GDR stalwart for 10 years, helping many children along the way. After turning 30 last month, the popular pony has retired from the local band.

Barbara Manson, Regional Chair of Grampian and Highland RDA also recently presented long service awards to some of the volunteers.

A number of ponies were loaned to the band for the sessions – Cammie owned by Mel Thomson, Ollie, from Liz and Erin Hewitson, Whiskey and Byron from Steph Cowe, and Max and Geordie owned by Marion Bain at Achalone Activities.

The first round, with Leeann Hope as trainer, was made up of students from Wick High School – Jonathon Newlands on Whisky, Ben Douglas on Ollie, Aden Herrick on Max, Melissa Lee on Geordie and Laurie McPhee took care of the horses and ponies .

After showing off their skills to parents/guardians and guests, George Wilson and Jim Beattie of the Northern Sovereign Council presented trophies and rosettes to each of the Ride 1 participants.

Students from Thurso High School made the second ride, with Mary Elder as coach. The runners were Jimmy Gunn on Ollie, Lucas Scott on Cammie, Summer Spink on Whiskey, Joseph White on Geordie and Kian Davidson on Max.

After showing off their skills, these runners received trophies from Kathleen Omand, Orkney, and rosettes from Abbie Leonard representing NFU Mutual Insurance, Dingwall and Thurso.

Kathleen’s mother, Evelyn Oakton, died in December 2021 and her funeral collection was donated to Caithness RDA. Evelyn was a founding member and a great volunteer for many years, and in her memory the Caithness Group purchased a new trophy – the Evelyn Oakton Memorial Shield – which was presented by her daughter.

Round three featured Kaleb Dyer on Max, Pebbles Sawyer on Geordie and Daisy Southall on Byron – with Steph Cowe as trainer. The participants all showed off their riding skills to everyone. Missing that day was Jo Sutherland who had received his award the previous week.

The trophies and rosettes were presented by Heather Rosie and her daughter Claire, who recently won Fundraiser of the Year at the Highland Heroes presentation in Inverness, on behalf of her mother.

Caithness RDA is extremely grateful to Heather and her family, the Dale Rosie Memorial Fund for all of their fundraising efforts over the years, and to everyone who has kindly donated in the past.

Thanks were also extended to Nettie Gunn for lending a BBQ and setting up each week, Keith Dreaves and Alan Hewitson for hosting the BBQ, and Isobel Cameron keeping everyone watered and fed each week.