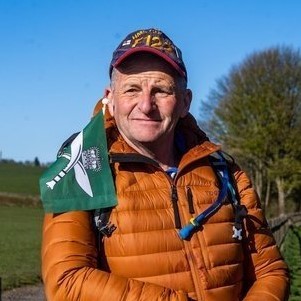 A recently retired 62-year-old entered Cornwall after hiking from his home in Yorkshire last April.

Former Navy man Jim Morton began his journey on April 12, 2021 and began by traveling up the west coast of Scotland. It then crossed the top of the country and descended via the east coast of the UK, having crossed the border with England in January this year.

Jim has also retained an interest and connection with the Gurkhas since he began his naval life on HMS Gurkha and raises funds via the march for the Gurkha Welfare Trust, as they rebuild villages devastated by an earthquake. land in Nepal. He has so far raised over £20,000 for the organization which is enough to build two and a half new houses.

He had a turbulent time on the road, including being airlifted to hospital in Inverness after falling off a cliff, being swept out to sea twice, nearly swept away by floodwaters and rescuing trapped sheep, to give examples of his journey to date.

Another quick selfie for Jim

The West Country’s naval history has also given Jim the chance to meet senior officials en route in recent days and relive some of his memories on board, including when he visited HMS Raleigh, the site of his first day in services in 1976. .

He recently visited RNAS Culdrose in Helston, where he was photographed in front of a Merlin helicopter and Navy personnel.

Jim is currently wandering around Mullion where he will be staying with his wife Sue and their two Westies Shona and Maisie – who Jim jokingly said “are in charge of public relations and security”.

Although his trip was bumpy to say the least, Jim enjoys the scenery he experienced on his walk, even though he managed to fit five pairs of shoes and walking boots!

No stranger to Cornwall, Jim has been here several times throughout his life as his sister currently lives here.

“There’s nothing better than a Cornish pie and a pint of Rattler,” Jim said.

To learn more about Jim’s journey, you can visit his Facebook profile: https://www.facebook.com/I-may-be-gone-a-while-103893198051092/?ref=page_internal – and if you wish donate to Jim’s fundraising page – you can visit the link here: https://www.justgiving.com/fundraising/richard-morton11