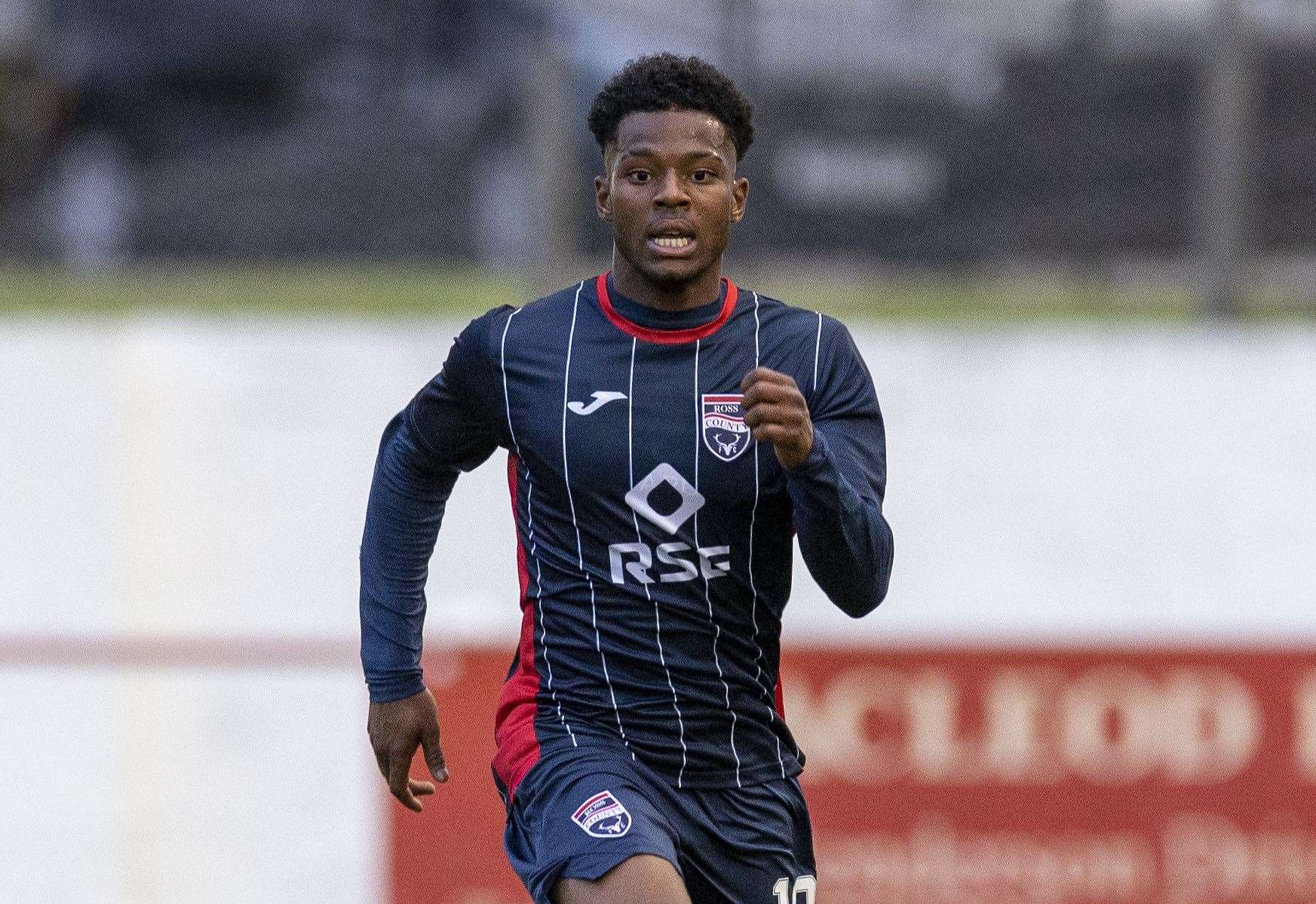 OWURA Edwards will take inspiration from last season’s loan successes Regan Charles-Cook and Jo Hungbo as he looks to shine in the Scottish Premiership.

The Bristol City loanee gave County supporters a taste of his explosive pace and ability on the ball as a second-half came on in Wednesday night’s 4-1 friendly win over Brora Rangers.

The energetic 21-year-old winger, who is in his fifth loan spell away from Ashton Gate after numerous trips south of the border, is already enjoying life in Malky Mackay’s squad.

“Looking back at last season’s campaign, people like Hungbo and Charles-Cook did so well and then moved on,” he said.

“It’s a great platform to come here and do well, and be part of the Ross County family.

“I came here to have a real impact on the team and I hope I can show the fans what I really am. You could say that the pace is a real asset for me. I always work on it in the off-season to be even faster and more precise.

“After my first pre-season game, I think there’s more to come, in terms of pace and what I can do with the ball. I’ll be looking to bring that out more in the next two games to come. .

“But it feels good to play 45 minutes and it will be another good test for the team and the guys on Saturday as we look to build momentum and kick off the season.”

Edwards is ambitious for the future but will treat his loan spell as if it were a permanent signing – and relishes the change of scene.

“I was checking maps to see where Brora was – and it turns out we had moved even further north!

“I came here to take my career to the next level and I will be looking to do that this season. I can see from the players here last season that the Scottish Premiership is a very competitive league.