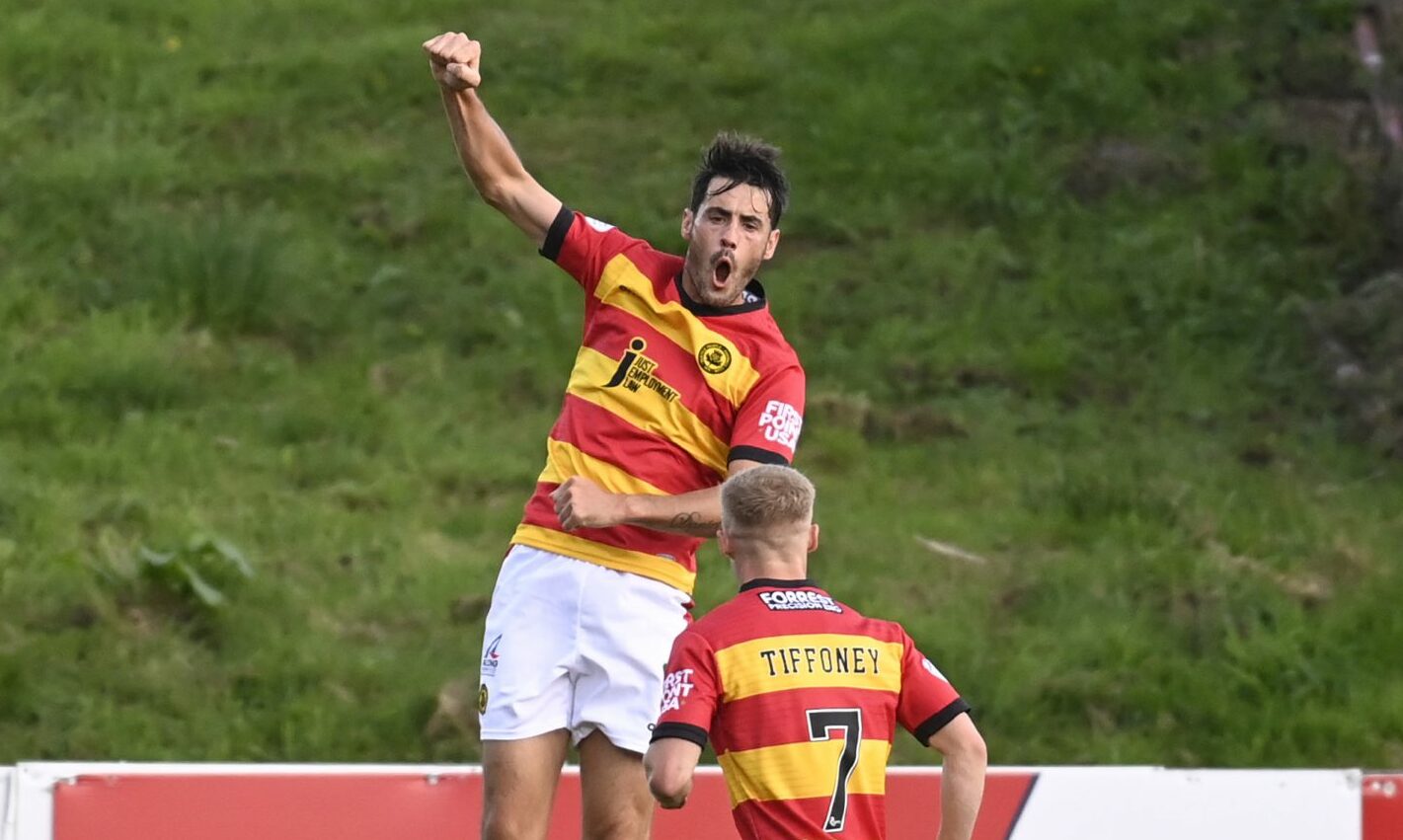 Caley Thistle slid to their first defeat of the season as Partick Thistle surged to the top of the Championship with an emotional 4-1 win at Firhill.

ICT would have risen to the top had they secured a win or even a draw in Glasgow ahead of the weekend’s other games.

However, it was the hosts who took a chance, taking advantage of soft play when it mattered most and they are now a point ahead of Dundee, who travel to Morton on Saturday.

Inverness are now fourth, two points behind their evening rivals, and level with Ayr United, who travel to Cove this weekend.

A brace from Brian Graham in the first half put Partick in charge and a penalty from Kevin Holt and a diving header from Anton Dowds floored Caley Jags.

The well-matched rivals met a total of six times last season, their four regular fixtures ending in one win each and two draws.

ICT, who finished one place higher in the Championship than fourth-placed Partick, beat Glasgow Jags in the quarter-final of the promotion play-offs before, ultimately, losing the final to St Johnstone.

Inverness were on top when they arrived at Maryhill, their 4-1 win over Cove Rangers last week being their first league win amid an unbeaten start to the season.

Draws against Queen’s Park and Arbroath, combined with their victory over Cove, offered them the chance to finish this week at the top of the pack before the rest of the teams play on Saturday.

Partick was looking to fight back after losing 3-2 to newcomers Queen’s Park.

Caley Jags head coach Billy Dodds has several players ruled out through injury but has been bolstered by David Carson and Wallace Duffy named as replacements, with the starting 11 like you.

Glasgow’s men roared in an early attack and should have been ahead within a minute, but Cole McKinnon pushed a close-range shot wide of the right post after a run and cut from Tiffoney.

Inverness responded when Scott Allardice fired a shot from outside the box that was simply too high to test keeper David Mitchell.

However, former Ross County leader Graham fired Thistle in the 20th minute when loose play from the midfield allowed an attack and, from McKinnon’s pass inside, he got it. calmly passed Mark Ridgers into the net.

Caley Thistle needed a reaction and it almost paid off in a 32nd-minute move where Aaron Doran lined up Billy Mckay for a shot, but Mitchell returned it for a corner, which was then dealt.

However, the task became much more difficult a few minutes later when Thistle went 2-0 ahead, following an error.

Robbie Deas attempted to return the ball to the Ridgers, but it was put on a plate for Tiffoney, who beat the keeper to the ball and Graham ran to finish.

Dodds launched Carson and George Oakley into action early in the second half as they replaced Lewis Hyde and Doran.

A misjudged header from Carson allowed Graham to score the goal again, but his lob didn’t have enough to beat Ridgers for the third time.

However, Partick put the game to bed just before the hour mark when Carson was judged for bringing down Graham in the box and a penalty was awarded.

After the arguments from Inverness, Graham moved wide and Holt kicked the kick into the net.

With six minutes to go, the final goal came when the Dowds sub smashed the header off a delivery from Milne to inflict the final damage.

There was just enough time in the final moments for Oakley to fire home a header from Cammy Harper’s corner for consolation.

Inverness will be aiming to fight back next weekend when Dougie Imrie’s Morton comes calling, while Partick host Raith Rovers.

Man of the match – Brian Graham.