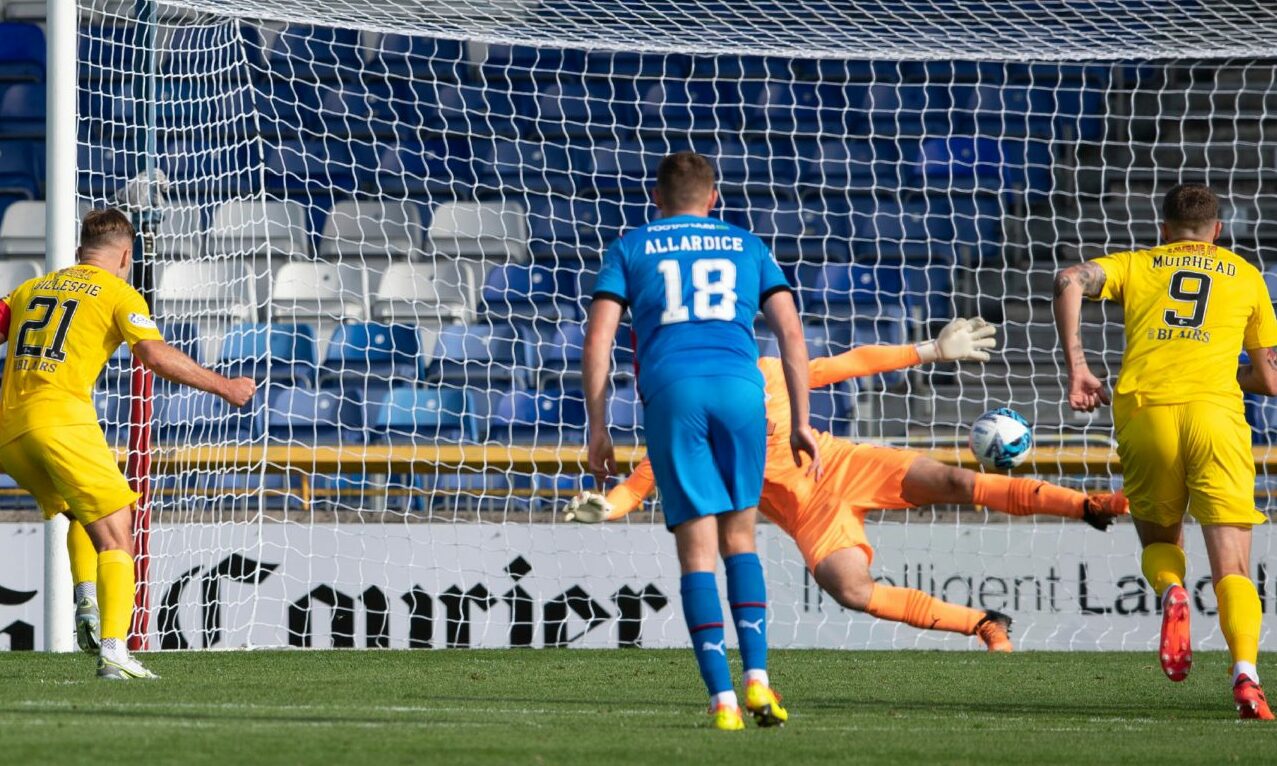 A late penalty from Grant Gillespie earned Morton a 1-0 victory at Caley Thistle in a league game that looked certain to end scoreless.

There was little skill or cutting edge on either side, but the Ton snatched all the points with a killer kick five minutes from time.

Before a ball was kicked, these teams were locked on five points each, so there would still be great value for the winner, even just five matches.

Last season ICT won three of four league meetings against opponents Greenock. Most games were close, but the Highlanders went wild with a 6-1 rout at Cappielow.

That glittering spectacle, however, came days after the Ton knocked Caley Jags out of the Scottish Cup, on penalties, after a two-legged 1-1 draw.

Former Inverness midfielder Dougie Imrie took over at Morton just before Christmas and led them to a mini revival, with the club finishing seventh, away from relegation danger.

A two-year contract extension given to Imrie on Friday was a further boost for the visitors, who were unchanged from last weekend’s 0-0 draw with Dundee.

Under a blazing sun, both teams started with brightness around them, Boyd in particular making his presence felt with some neat passes.

A timely tackle from Robbie Deas stopped Jai Quitongo in his tracks when he was cleared by Robbie Crawford.

ICT had to make a substitution in the 25th minute when striker Austin Samuels came off after a knock and he was replaced by Nathan Shaw.

ICT midfielder Allardice may have been lucky enough to escape with just a yellow card eight minutes before the break as he appeared to come in behind Quitongo just outside the box.

Caley Jags keeper Mark Ridgers then made a nice save to keep Jaze Kabia off a beater. He then pushed the Cameron Blues follow-up over the bar, but the flag was up anyway.

The handball call led to a winning penalty

There wasn’t much to get the fans excited about in the heat until the 58th minute when another Ridgers save prevented Quitongo’s shot from flying into the net after the striker hit the center of Kabia.

The teams canceled out for the remainder of most of the second half, with a header from Roddy MacGregor looking like the closest a breakthrough was.

That was until, five minutes from time, referee Nick Walsh pointed the spot after Wallace Duffy was judged for handling the ball when he challenged Jack Baird.

It was a big call and Gillespie smashed the kick powerfully past the Ridgers to seal the win.

It’s a result that propels Morton into fourth position, while ICT drops to eighth position.

Caley Thistle hit the Premiership route Motherwell in midweek for their Premier Sports Cup second round tie before returning to the league at Raith Rovers next weekend.

Man of the match – Jaze Kabia.