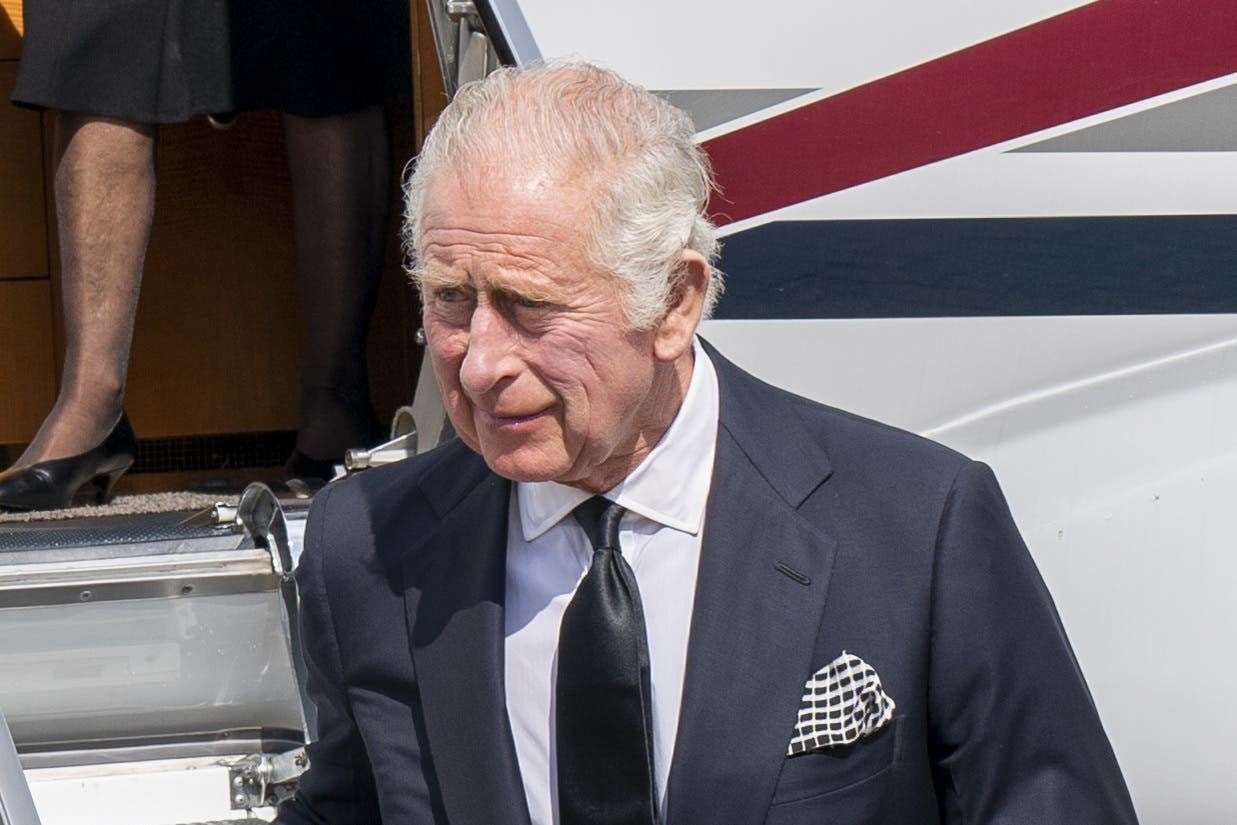 Self-proclaimed ‘interference and meddling’ King Charles III appears to have admitted he will step back from campaigning on issues now that he is head of state.

GM crops, nanotechnology, monstrous anthrax, the environment, agriculture and complementary medicine have all provoked comments from the King in recent decades.

But his famous memos to ministers – known as the ‘black spider’ memos due to their distinctive handwriting and extensive use of underscores and exclamation marks – now risk going unwritten.

In his address to the nation on his first full day as king, Charles, 73, signaled that his new role would bring fundamental changes to his life and family, and reduce involvement in the campaign on the problems and working with his charities.

He said: “My life will of course change as I take on my new responsibilities. It will no longer be possible for me to devote so much of my time and energy to the charities and issues that I care about so deeply. But I know that this important work will continue in the trusted hands of others.

When Charles turned 70, he insisted his meddling would not continue when he took the throne.

“No, it won’t. I’m not that stupid,” he said in a 2018 BBC documentary. “I realize it’s a separate exercise to be sovereign. So, of course, I completely understand how it should work.

Concerns have often been expressed as to how his views would figure when he becomes monarch, and he will come under intense scrutiny as the new king.

Being an intruder and an inveterate intruder, I couldn’t sit back and do nothing

Sources close to Charles told the Guardian in 2014 that he would break with tradition and make “sincere interventions” in national life.

They said he would not follow his mother’s discretion on public affairs, but rather speak his mind on issues such as the environment.

Catherine Mayer’s unauthorized 2015 biography of Charles said the prince planned to introduce a “potential new model of royalty”, but the queen was concerned about the potential style of monarchy under her son.

But Charles’ senior aide at the time, Principal Private Secretary William Nye, came to his defence, saying Charles understood “the necessary and proper limits” of the role of a constitutional monarch.

As head of state, Charles is an apolitical figurehead and must remain strictly neutral.

Royal advisers may have tried to rein in his controversial views in the past, but the prince has often made headlines, particularly because of his lobbying of ministers.

Politicians are said to have regularly complained about the number of letters they received from the Crusader Prince – the ‘Black Spider’ memos.

In 2002, he found himself at the center of a constitutional row following revelations that he had “bombarded” ministers with letters attacking government policy.

A minister said the prince had become so involved in politics that he wrote a letter a week to the government.

It emerged he had written a series of letters to the then Lord Chancellor, Lord Irvine of Lairg, expressing concern over the growth of the ‘compensation culture’ and Human Rights Act. ‘man.

The prince warned that human rights law is “only about the rights of individuals…and that betrays a fundamental distortion of social and legal thinking”.

Charles also took issue with the “degree to which our lives are becoming ruled by a truly absurd degree of politically correct interference”.

He did not always want his opinions to be made public.

Letters he wrote to a number of government departments between 2004 and 2005 were the subject of a lengthy legal battle over whether their contents should be disclosed.

Twenty-seven letters, 10 from Charles to ministers, 14 from ministers and three letters between private secretaries, were published in 2015 following a 10-year campaign by Guardian journalist Rob Evans to see the documents after a request for access to information.

Publication of the correspondence showed the prince lobbied then Prime Minister Tony Blair and other ministers on a range of issues ranging from badgers and tuberculosis to herbal medicine, education and illegal fishing.

He also tackled Mr Blair over a lack of resources for the armed forces fighting in Iraq.

There were no handwritten “black spider” letters among the released batch.

In 2006, Charles’ former aide Mark Bolland revealed to the High Court that the prince saw himself as a “dissident” working against the grain of current political opinion.

Charles’ diaries, around which the case centered, published in the Mail on Sunday revealed that he made unflattering comments about Hong Kong’s handover to China when he called Chinese diplomats “old appalling wax works”.

In 2008 the prince said candidly, referring to his involvement in a restoration project in Bradford: “Being an intruder and an inveterate intruder, I couldn’t sit back and do nothing.”

Charles was also outspoken about architecture.

Speaking in 1984 of the National Gallery extension project, he said: “What is on offer is like monstrous anthrax on the face of a much-loved and stylish friend.”

In May 2009, he became embroiled in a new row over a development at Chelsea Barracks.

The prince contacted representatives of the Qatari royal family, which owns the London site, suggesting that Richard Rogers’ plans for a billion-pound housing project on the site of the former barracks were “unsympathetic” and ” unsuitable”.

The new King will meet the Prime Minister every week in a private audience where he can express all the opinions he wants.

In fact, the British Monarchy’s website states that it is “the Sovereign’s right and duty to express (his) views on government matters”.

But he adds that “having expressed (his) opinions, the (King) sticks to the opinion of (his) ministers”.