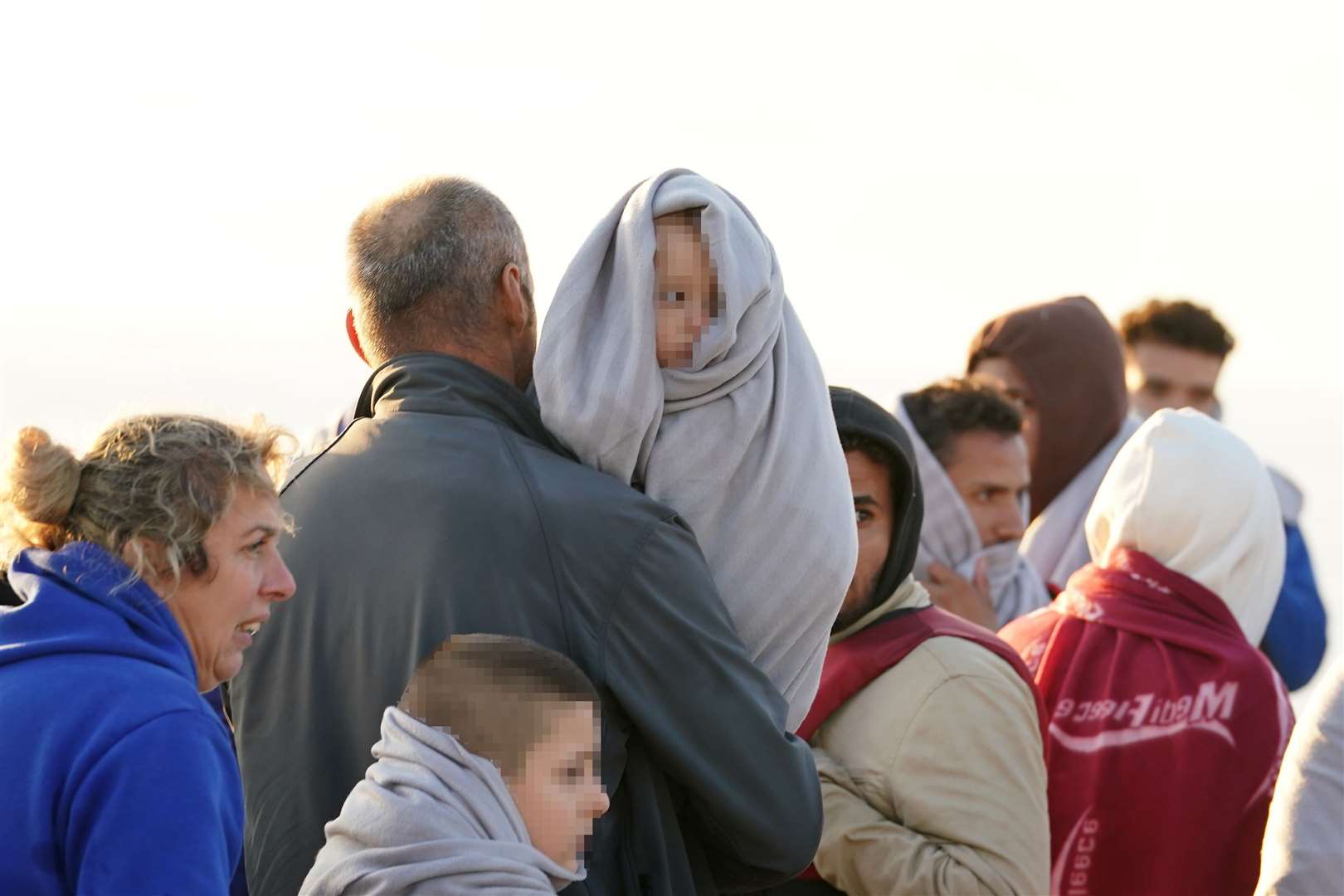 The government is “totally ill-advised” to attack the rights of victims of slavery – and plans for legal reform could reduce protections for victims, two former commissioners have warned.

Dame Vera Baird, who quit as victims’ commissioner for England and Wales on Friday, said plans to potentially reduce modern slavery laws outlined by the Home Secretary “would undo “the Tories’ previous pledges to support them and could ‘break the faith’ of other victims of crime.

Dame Sara Thornton, who completed her term as anti-slavery commissioner in April, said further legislation risked being “ineffective in achieving its objective, but more importantly in reducing protection for victims”.

It comes as Suella Braverman told the Conservative Party conference: ‘The hard truth is that our modern slavery laws are abused by people who play with the system’ as she indicated reforms may be needed .

The two commissioner posts are currently vacant, with replacements still to be found. But “given the proposals on the table, both need to be fulfilled urgently,” said Dame Sara.

Ms Braverman told delegates: “We have seen a 450% increase in modern slavery claims since 2014.

“Today, the largest group of migrants by small boats comes from Albania – a safe country. Many of them claim to be trafficked as modern slaves. It’s good that they paid thousands of pounds to come here, or that they voluntarily made a dangerous trip across the English Channel.

“The truth is that many of them are not modern slaves and their trafficking claims are lies.”

She also highlighted “glaring examples of convicted pedophiles and rapists trying to outsmart the system” by making last minute allegations about modern slavery to “block their removal from our country”, adding: “Some even continued to commit other crimes in the interim.”

Dame Vera told the PA news agency: ‘No one is treated as a victim of modern slavery unless dedicated front line government decision makers say they are. Many have been violently forced into forced labor or sexual exploitation. They are severely traumatized and, like other victims of violent and sexual crimes, they need help to cope and recover.

“Tackling their rights would reverse the Tory policy of supporting them started by Theresa May and shatter the faith of other victims of crime that they would be helped. Is there a reason the government doesn’t appoint a new modern slavery commissioner to advise them on this or don’t they want independent spokespersons for victims? »

Proposed reforms to key laws such as the Modern Slavery Act are of great concern to me at a time when independent voices that listen to victims’ experiences and hold government to account are absent.

Dame Sara said she found from data obtained through freedom of information laws that less than 4% (1,099) of people who crossed the English Channel in 2021 (28,526) were reported as victims of modern slavery under the national referral mechanism.

She told PA: “If we’re going to change policy on the basis that modern slavery law is being abused, I think the government needs to give us much better information and data, so we can have a appropriate public discussion.”

A recruitment process is underway for both commissioner roles.

According to the Ministry of Justice (MoJ), final interviews are expected to take place in December for applicants for the victim post, suggesting the position may not be filled until next year.

It is understood that options, including the appointment of an interim commissioner, have been presented to ministers for consideration.

Dame Sara said when she left her post five months ago she was told there were two candidates vying to be the next anti-slavery commissioner – but nothing has happened since.

When asked what progress had been made in appointing a successor, the Home Office said a “fair and open recruitment campaign is underway for the new anti-slavery commissioner and that it would be inappropriate to comment further while this process is ongoing.”

London Victims Commissioner Claire Waxman told the AP: “Proposed reforms to key laws such as the Modern Slavery Act are of great concern to me at a time when independent voices who listen to the experiences of victims and hold the government to account are absent.

“The interests of victims of modern slavery should be at the center of any changes to this legislation, and we must ensure that their voice is not deliberately overlooked in order to advance reforms that could criminalize vulnerable people and challenge our international obligations”.

Charlie Whelton, head of policy and campaigns at Liberty, said the Home Secretary’s plans to “water down” modern slavery laws “will put more people at risk”.

Sonya Sceats, Executive Director of Freedom from Torture, said: “Rather than showing compassion to the survivors of the worst human cruelty, Suella Braverman wants to make their situation worse. The sidelining of survivors’ needs is precisely why the government’s victims commissioner resigned in disgust last week.

Campaign group After Exploitation said there was “no reason for victims to abuse a system which offers no guaranteed support, safe accommodation or immigration protection to victims”.

Steve Valdez-Symonds, director of refugee and migrant rights at Amnesty International UK, said Ms Braverman had “inherited a dysfunctional and oppressive immigration system which now leaves thousands of people far more vulnerable at work, to sex and other cruel exploitation” and instead of fixing the “appalling mess”, it “promised to further undermine the laws designed to protect people from such abuse”.

Enver Solomon, chief executive of the Refugee Council, described the decision as “a potentially dangerous tinkering based on rhetoric when what is desperately needed is fresh thinking to both support refugee claimants asylum who fled war, persecution and conflict and create a system that is fair and compassionate and can win public trust”.