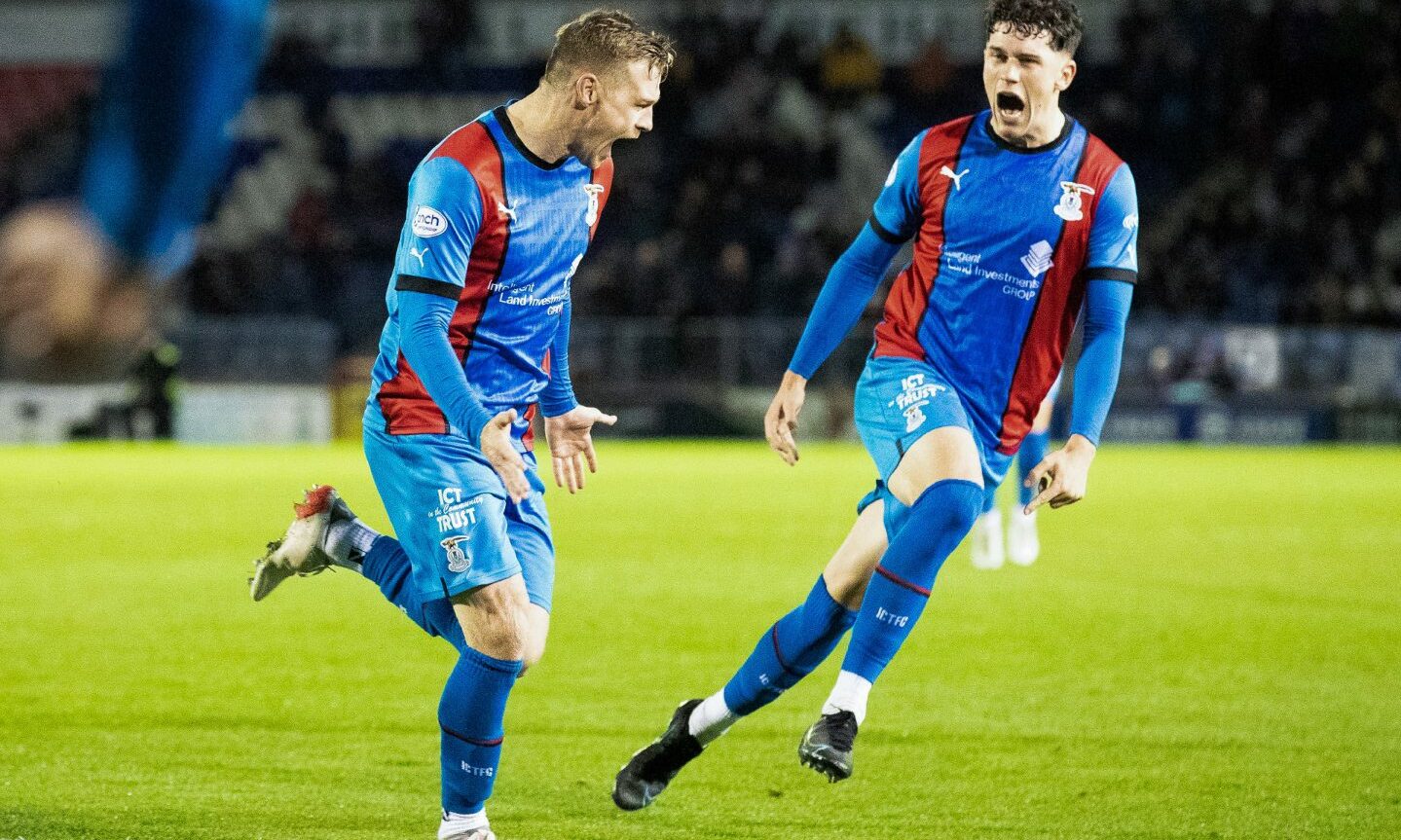 Match winner Billy Mckay believes Caley Thistle has earned the right to be in the thick of the action at the top of the Championship.

Ayr United made it a three-way tie for first place after their 5-0 rout of Queen’s Park.

Caley Thistle’s victory made it four straight wins after away wins against three other strong rivals, Raith Rovers, Dundee and Ayr United.

Mckay, whose 85 goals make him the club’s second-highest all-time goalscorer behind Dennis Wyness (101), believes getting through tricky away competition is a huge achievement as they chase for the title.

He said: “It was a super three-pointer for us. We’ve won four league games in a row and that could be very important.

“We didn’t start the season in the best way, then we faced three away games – at Raith Rovers, Dundee and Ayr – and you’d think our difficult start would continue, but we won those games. and we followed it Friday against Partick.

“It’s all tough away games and we didn’t play very well at times, but that’s what you have to do in this league.

“I was here before I got promoted (with Ross County) and when you win games when you’re not playing well, that’s a good sign.”

Patience paid off against the Jags at 10

Partick’s Kyle Turner was sent off five minutes before the break for a reckless challenge on Roddy MacGregor.

Mackay felt the Highlanders deserved the points because of the way they conducted business afterwards – before and after the red card.

He said: “Even when Partick had 11 men we were playing well. We looked more likely to score and I had a chance in the first half.

“Sometimes when we faced teams that were down to 10 men, we struggled to break them down.

“But this time we were patient and we got the goal, which was great. It was encouraging to see how well we moved the ball and used that extra player on the other side of the pitch.

Mckay’s strike saw him level five goals with not just a teammate, but arguably one of the Championship’s great lifters, Cammy Harper.

And Mckay has been impressed with the 20-year-old and welcomes the defender-turned-midfielder’s contribution.

He said: “If Cammy keeps scoring, that’s great for the team. We need everyone to participate.

“He’s been great since moving into midfield and he was unlucky with a great shot against Partick and the keeper (David Mitchell) made a great save.”

Mckay’s winner came when he buried the ball in the middle of a busy penalty area and the striker was relieved to see it fly.

He said: “When the ball fell on me I looked up and just saw bodies in front of me. I lowered my head and kicked as hard as I could and luckily he went through a defender and the goalkeeper to hit the back of the net. I was delighted.”

On-loan Hibs ace center Daniel MacKay led to Friday’s winner and the former Northern Ireland international says the winger, who was man of the match, could still improve .

He added: “Even when we were against 11 men, Dan was dangerous. He put in a number of crosses and had shots and when he’s like that he can be unstoppable.

“Dan will face times when teams double down on him and that will be a challenge for him.

“That’s when you just have to learn how to move the ball and, if he does, he’s done his job because we’ve created an overload elsewhere on the pitch.

“He was fantastic on Friday and, if he can keep doing that, I’m sure I can make a few more of his crosses.”

On Saturday, ICT travel to Balmoral Stadium to take on Jim McIntyre’s Cove Rangers side.

Inverness lost 4-1 in the league encounter at Caledonian Stadium in August but Cove took them on penalties before losing the Premier Sports Cup shootout in July.

Back-to-back wins over Arbroath and Dundee lifted Cove, although the weekend’s 3-0 loss to Raith Rovers was a setback.

Mckay expects nothing more than a tough 90 minutes at Balmoral Stadium, but stressed their own form gives them confidence they can come along the A96 with three points.

He said: “Cove has improved since the start of the season. They changed part of their starting line-up and it will be a completely different game for us.

“However, we have won our last four games, so we believe we can beat anyone.”