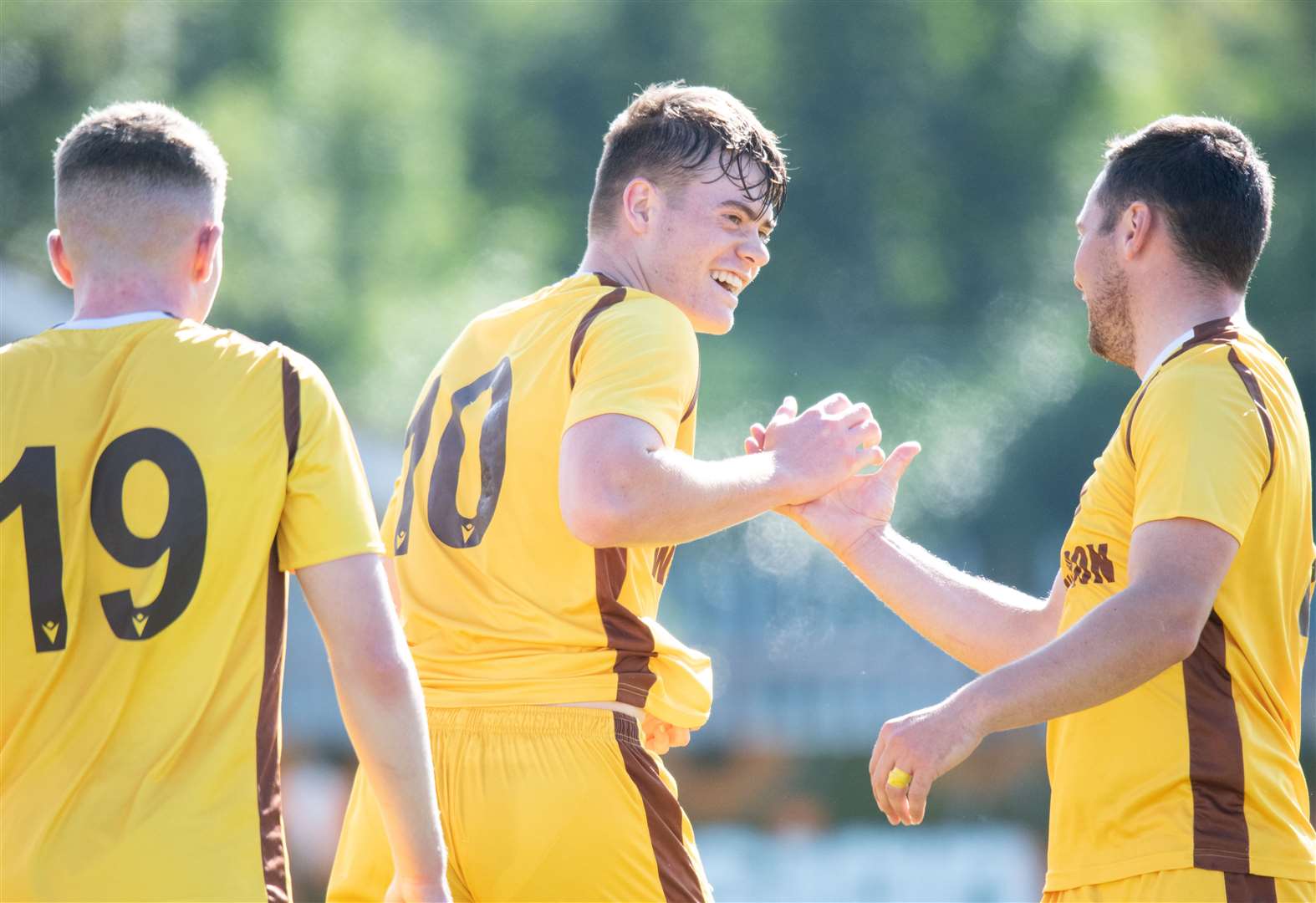 FORRES Mechanics have been given a “huge boost” as top scorer Ben Barron put pen to paper on a new contract.

The 17-year-old originally joined the Cans on loan from Inverness Caley Thistle towards the end of last season, before signing a permanent deal when he was released by the Championship side.

Having scored eight goals already this campaign, and with other clubs sniffling around, Nairn-based Barron has committed his immediate future to mechanics.

“It’s a huge boost that we can keep these boys,” manager Steven MacDonald said.

“It shows others that we are trying to attract that this is the path we want to go, that we want to keep these top players.

“Ben already has eight goals and he wants to score a lot more than that. I hope he can keep this form.

“He feels comfortable in the environment he is in, enjoys playing with the players he plays with and has gotten a lot of minutes which is great for him as well.

“He’s levelheaded, knows what he wants and playing is important to him.

“For us, we want to improve while we also have these boys. This season is pretty much in the top half, but we want to continue from there.

On the pitch, Forres was beaten 4-1 by title-chasing Brora Rangers at Dudgeon Park on Saturday – but the scoreline was not necessarily a reflection of the game, manager MacDonald said.

Ali Sutherland and Mark Nicholson led the hosts to two at half-time, before Craig Mackenzie halved the deficit in the 73rd minute.

Mackenzie was then sent off for a second booking in the build-up to Brora’s third, scored by Ross Gunn, before ex-Can Andy Macrae finished the scoring.

“We played well in the first half and they maybe only had three shots on goal and scored two,” he said.

“The half-time goal was a killer but the game plan was to make it tough and stay in the game and we were right in there. We scored before us.

“Craig was very good at intercepting a ball on the edge of the box and returning it from outside the box and we went back there for a few minutes.

“But we lost the third goal too quickly and resigned ourselves to keeping it respectable after Craig’s red card.

“We went all the way. Although it sounded bad at 4-1, it didn’t feel like a hammer blow.

“I’ve seen limp displays at Brora when the teams don’t contribute, but that wasn’t it. The Brora staff were impressed with some of the boys so it was encouraging to hear.

“A year from now these experiences will benefit the team. We hope they grow and learn.”

Matches don’t get any easier for the Cans going forward – with Buckie Thistle away and then Fraserburgh at home.

“We will have the same difficulties as going to Brora – they are another top team with a lot of quality.

“But if we put up a similar display, we can compete.”