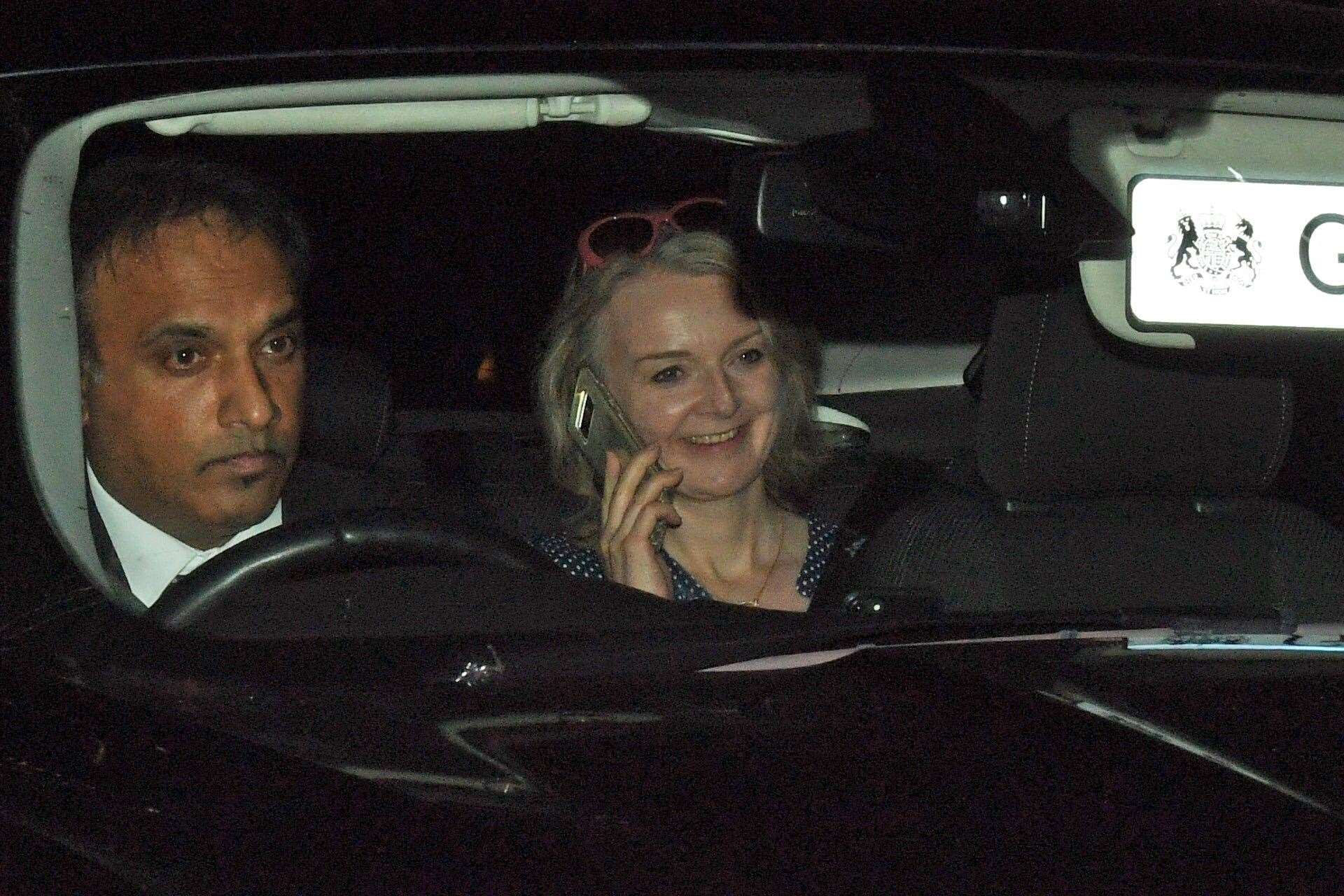 Michael Gove has refused to deny an inflammatory report that Liz Truss’ home phone was hacked by Russian spies, with the government facing accusations of ‘bad discipline’ and not taking national security ‘seriously enough’ .

Mr Gove, who returned to Cabinet this week as an upgrade secretary, insisted the government had ‘very robust protocols’ in place.

The Mail on Sunday reported that Kremlin operatives who hacked into Ms Truss’s phone when she was foreign secretary were said to have gained access to sensitive exchanges with foreign officials about Ukraine, as well as conversations private with Kwasi Kwarteng.

Asked about the allegations, Mr Gove told Sky News’ Sophy Ridge program on Sunday: ‘I don’t know the full details of the security breach, if any, that took place.

“What I do know is that the government has very robust protocols in place to ensure that individuals are protected, but also that government security and national security are also protected.”

He said he couldn’t discuss national security issues because “loose lips can sink ships when it comes to these issues.”

Mr Gove said: “I am sure that Liz, both as Foreign Secretary and as Prime Minister, will have followed the advice given to her by the intelligence and security communities.

“The more we talk about these things in detail, the more we risk giving information to people who wish ill for this country and its citizens.”

Opposition parties demanded an urgent investigation into the alleged attack.

Shadow Home Secretary Yvette Cooper said the allegations raised questions about “cybersecurity… the role of hostile states, but also allegations that a cabinet minister used a personal phone for serious government business, and serious questions about why this information or story was leaked or told at this time.”

The alleged phone hack, along with the reappointment of Suella Braverman as Home Secretary just six days after she was expelled for a security breach, “raises wider concerns about how the government is not taking serious enough about these national security issues”. said the Labor MP.

Prime Minister Rishi Sunak is under pressure over his decision to reinstall Ms Braverman in her role after she was expelled for sharing a sensitive document with a Tory MP from a personal email without permission.

Lord Dannatt told Times Radio: “Our leaders must be disciplined enough to communicate only by authorized means, which themselves are encrypted and secure.

“We’ve seen it with Suella Braverman, apparently sending messages she shouldn’t have done on personal email, and now we’re getting it with Liz Truss.

“That, frankly, is not good enough.”

He added that politicians’ failure to use secure means of communication “is poor discipline and, frankly, reflects their judgment very poorly.”