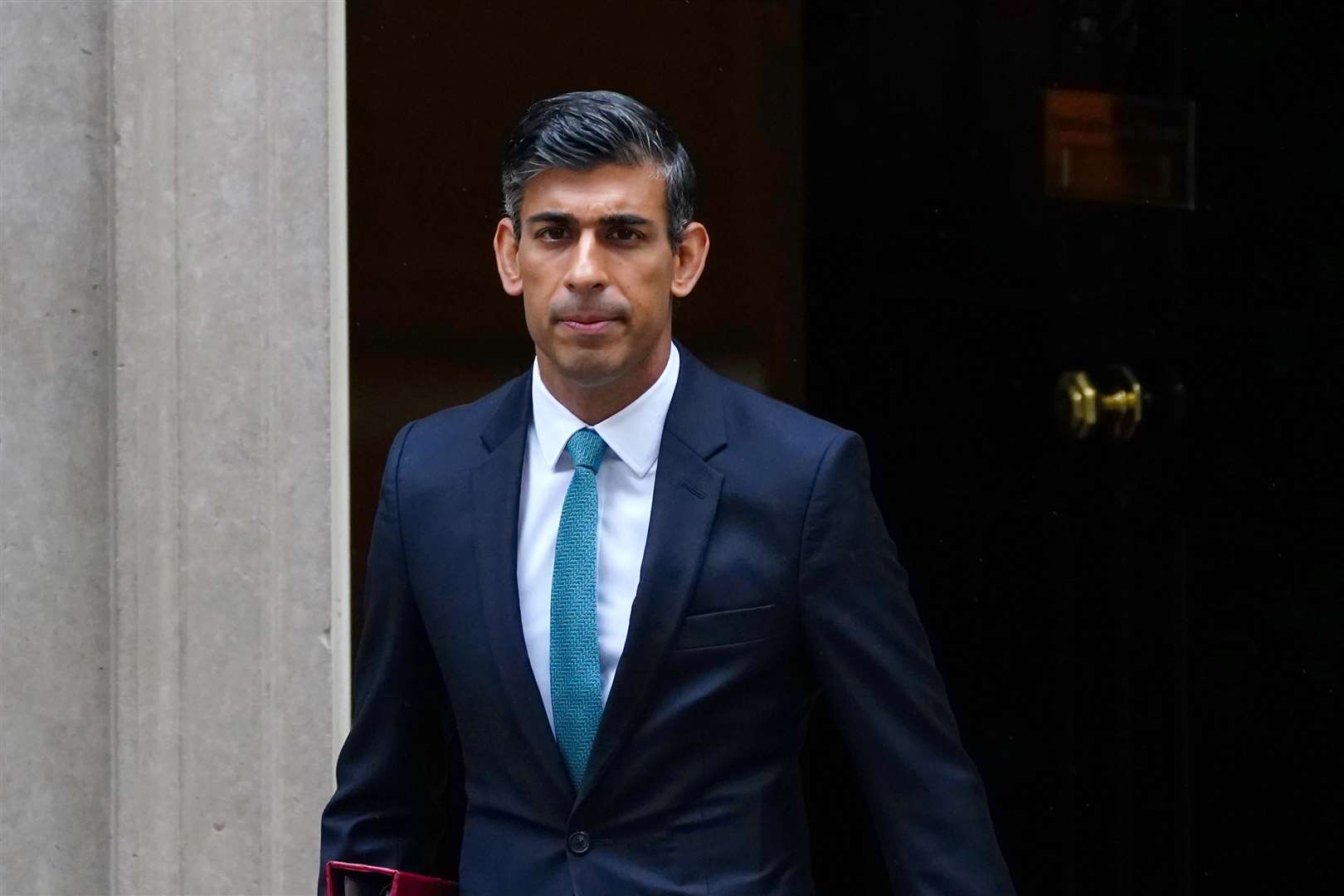 Prime Minister Rishi Sunak enters his first full week in office with growing pressure over his Cop27 snub and the reappointment of Suella Braverman as interior minister.

He is considering reversing his decision not to attend the UN climate conference in Egypt next week, according to reports.

His earlier insistence that he should focus on ‘depressing domestic challenges’ rather than going to the top sparked a backlash within Tory ranks.

The government’s climate czar Alok Sharma said he was “disappointed” by the decision, while former Tory Chancellor George Osborne questioned why Mr Sunak would “destroy” the party’s environmental record.

Questions about Ms Braverman’s return to the Home Office, six days after leaving, also continue to plague the Prime Minister.

A leaked email has cast further doubt on the Home Secretary’s claim that she quickly pointed out her mistake by sending a sensitive document to a Tory MP and member of parliamentary staff from a personal account without permission.

The email, obtained by the BBC, appeared to contradict her timeline, as Ms Braverman asked the recipient to ‘ignore and delete’ her original message several hours after it was sent.

Mr Sunak has resisted calls for an inquiry into the matter as Labor prepares to force the Government in Parliament to publish risk assessments of the breach.

The government is also facing demands for an investigation into another security issue, as reports indicate that former Prime Minister Liz Truss’ phone was hacked by Russian agents.

Ms Braverman has also come under scrutiny for her handling of worsening conditions at Manston asylum processing center in Kent, where alleged overcrowding only escalated when 700 people were moved from a migrant center in Dover which was set on fire.

It plans to house migrants in hotels alongside the public instead of booking entire hotels, in a bid to reduce overcrowding, the Telegraph reported.

Ms Braverman allegedly failed to heed legal advice that migrants were being held at the facility for long periods unlawfully, the Sunday Times reported.

But her Cabinet colleague, Michael Gove, dismissed claims that she ignored any advice and defended her as a ‘first-rate, top-notch politician’.

Mr Gove also urged people to judge the government “by our actions” on the environment rather than by attendance at Cop27.

But Lord Deben, chairman of the climate change committee, warned the UK’s bid to tackle emissions was “off track”.

The pair told the Independent that it would be ‘very valuable’ if Mr Sunak went to the climate summit.

The prime minister’s allies have indicated he might go after all, the Financial Times and I have reported.

The sources said that while dealing with the economic crisis is his priority, he could visit Egypt if enough “progress” is made in preparing the November 17 budget, according to the newspapers.

Why throw this away because you don’t want to fly to Egypt?

Mr Sharma, the outgoing Cop26 chairman who was recently demoted from the Cabinet, told The Sunday Times he was ‘quite disappointed the Prime Minister is not leaving’, saying attendance would send a signal about ‘the UK’s renewed commitment on this issue”.

Touting the Tories’ environmental record, the ex-Chancellor told Channel 4’s The Andrew Neil Show: ‘Why throw this away because you don’t want to fly to Egypt?’

Speculation that Boris Johnson, Mr Sunak’s predecessor at No 10, could visit the UN conference has increased pressure on the Prime Minister.

It added to a wider dispute over UK representation, after the king was advised by Downing Street not to attend the Sharm el-Sheikh summit.

Charles will host a reception for 200 guests, including US climate envoy John Kerry, at Buckingham Palace on Friday to mark the climate conference, with Mr Sunak expected to say a few words.