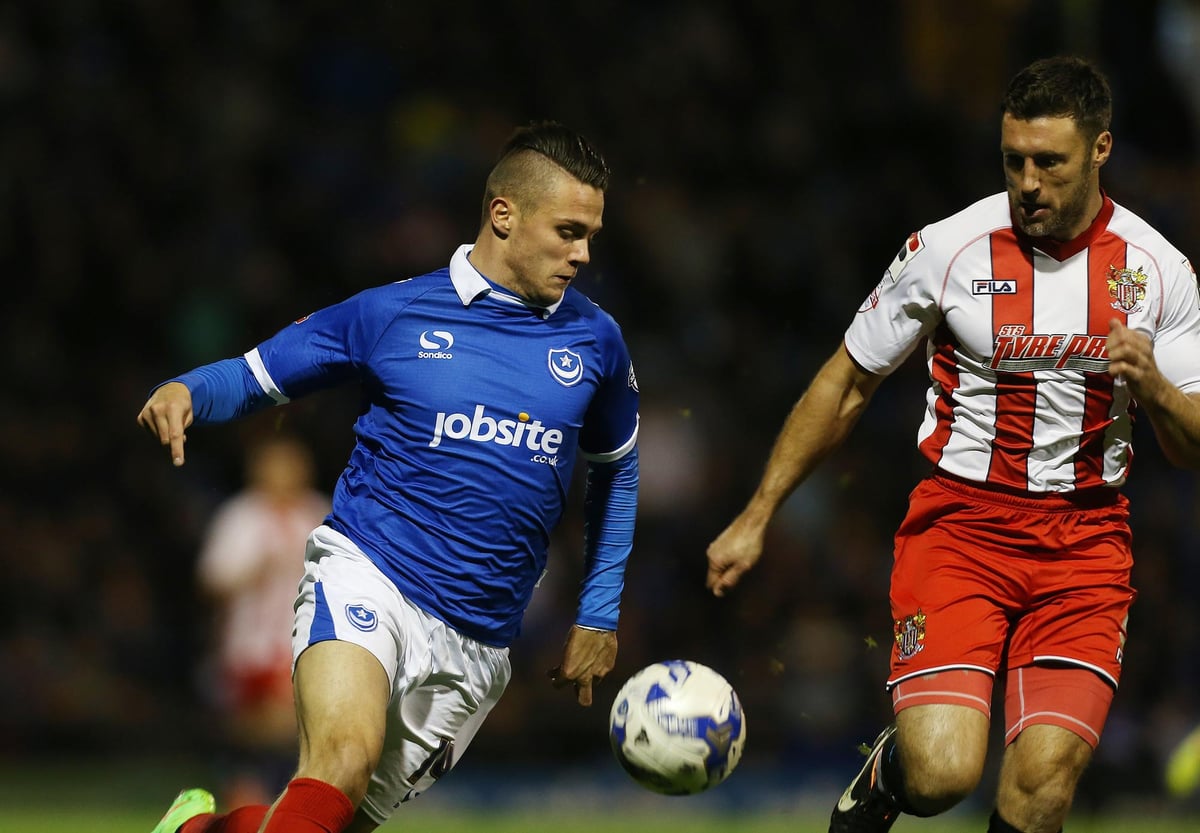 Now Miles Storey will look to finish on the right side of an upset FA Cup as he targets a win at Hereford.

In November 2014, Andy Awford’s League Two mid-table side traveled to Aldershot for a first round replay after a 2-2 draw at Fratton Park.

The result was a cup clash, with Mark Molesley scoring nine minutes from time to settle the game 1-0 in favor of the Shots.

Although previously a non-league side, winning the Southern League championship, Pompey won election into the Football League Third Division in 1920.

To date, Aldershot represents their only competitive defeat against a non-league side while in the Football League.

Now Danny Cowley’s men are heading to Hereford – where they will meet former moneylender Storey.

Aged 20, Storey arrived at Fratton Park in July 2014 on loan from League One side Swindon.

Miles Storey in action against Stevenage in October 2014. He made 22 appearances for Pompey on loan from Swindon – and is now at FA Cup opponents Hereford. Photo: Joe Pepler

A quick striker capable of playing wide, Robins had high hopes for their homegrown product and the England Under-19 international.

Dropping out of a league to join Pompey was designed to aid his development, but it proved to be a frustrating time for the youngster.

Of his 22 appearances, nine have come off the bench, while he has scored three times, including in his first game at Fratton Park, against Peterborough in the Capital One Cup.

After two goals in three matches, Storey retained his place for an FA Cup match against Aldershot in November 2014, resulting in a 2-2 draw.

Awford dropped him for the replay, instead bringing Ryan Taylor up front, and the result was another Pompey low in a terrible few years.

The 5,374 people in attendance at the Recreation Ground and viewers watched as the 2010 FA Cup finalists were knocked out by Andy Scott’s side four years later.

Storey played for the final eight minutes – and only played three more times for the Blues before being sent back to Swindon in January 2015.

He finished the season at Newport County, with two goals in 18 appearances, and unfortunately his career at Swindon fizzled out.

The striker will spend six years in Scotland, representing Inverness (twice), Aberdeen and Partick, before joining Hereford in June 2021.

Now 28, Storey is in the frame to take on Cowley’s men at Edgar Street, looking to claim another piece of Pompey’s history, albeit on the other side.